Boris Johnson is ‘preparing to sack five women from his cabinet but has planned to promote junior female staffers amid concerns over sexism accusations’.

The Prime Minister is going ahead with the changes as part of plans to move on from Brexit after Britain’s departure on Friday, No 10 figures confirmed yesterday.

Those who may be at risk include Liz Truss, the international trade secretary, Andrea Leadsom, the business secretary, Thérèse Coffey, the welfare secretary, Theresa Villiers, the environment secretary, and Esther McVey.

Downing Street is concerned about accusations of sexism after the reshuffle because women will make up the majority of those who may be dismissed. 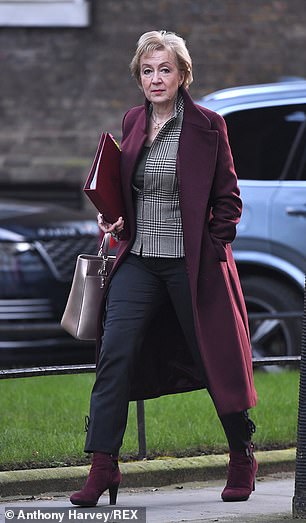 Those who may be at risk include Andrea Leadsom, the business secretary (right) and Esther McVey (left)

The shake-up is currently scheduled for the second week of next month.

The prime minister is understood to be resigned to suffering the embarrassment of a sharp drop in the number of female cabinet members, according to The Times.

At the moment eight women sit around the cabinet table but Mr Johnson is hoping that there will soon be a new influx of women into government.

Of the 109 paid positions across government, 38 are held by women and an increase in their number could allow the prime minister to claim to be leading the most female government. 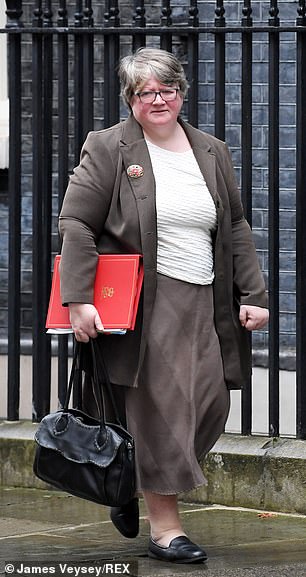 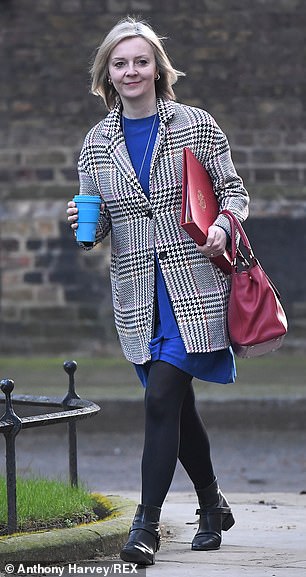 Thérèse Coffey, the welfare secretary (left) and Liz Truss, the international trade secretary (right) are also at risk according to reports

However Jacob Rees-Mogg, the Commons leader, and Geoffrey Cox, the attorney-general, are currently regarded as the most vulnerable men in the cabinet.

Helen Whately, a culture minister, and Lucy Frazer, a justice minister, are regarded as cabinet prospects, and Penny Mordaunt could return in the up coming reshuffle.

In the last general election the Tories did relatively poorly among younger women. A YouGov analysis of the election on December 12 showed a significant gender gap among 18 to 24-year-olds. 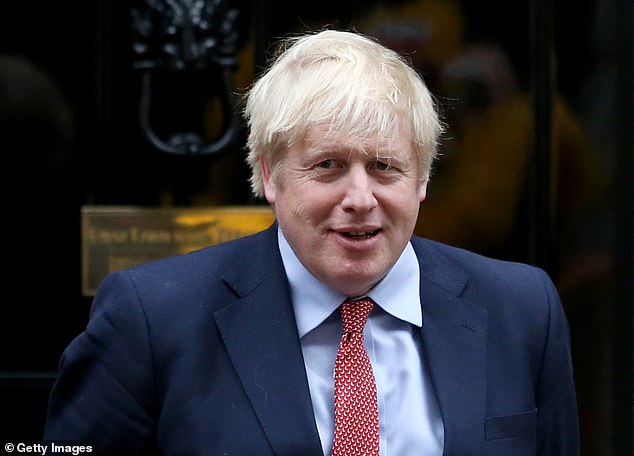 While they attracted 28 per cent of younger males only 15 per cent of women in that age group voted Conservative. 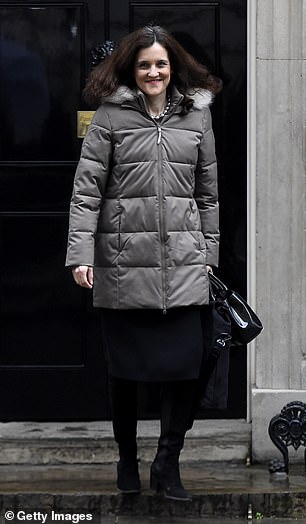 Theresa Villiers, the environment secretary is also said to be at risk in the reshuffle

Downing Street is also understood to be keen to raise the profile of older new female MPs who have had long careers before becoming involved in the government.

It comes as Boris Johnson signed the Brexit divorce deal today, hailing the ‘fantastic moment’ that sends the UK officially on a path to quit the EU in a week’s time.

The Prime Minister voiced his hope that it ‘brings to an end far too many years of argument and division’ ahead of Brexit on January 31.

The UK will leave the EU on January 31 and will then enter into a standstill transition period during which the two sides will try to hammer out a complete trade deal.

Mr Johnson is adamant that he will not agree to extend the transition period and that December 2020 must be viewed as a hard deadline.