Boris Johnson faced complaints from patients about NHS delays as he made a surprise hospital visit last night – but did not go to nearby flooding sites.

It is understood Mr Johnson headed for Kettering General Hospital after working at Downing Street during the day – viewing Coronavirus preparations and shadowing staff.

No10 sources said the premier had wanted to carry out such a visit for some time, to see for himself the challenges for health workers.

However, Mr Johnson was accosted by people enduring long waits for treatment at the hospital.

And he did not opt to go to flood-hit areas, despite being just a short drive away from some of those worst affected.

The PM has been heavily criticised for failing to visit victims across the country over the past 13 days since extreme weather hit.

Allies have insisted that his presence would have been a distraction from efforts by emergency workers to help those affected.

Mr Johnson has also defended his decision to leave Environment Secretary George Eustice to head the response, saying there has been a ‘constant stream’ of activity coming from ministers. 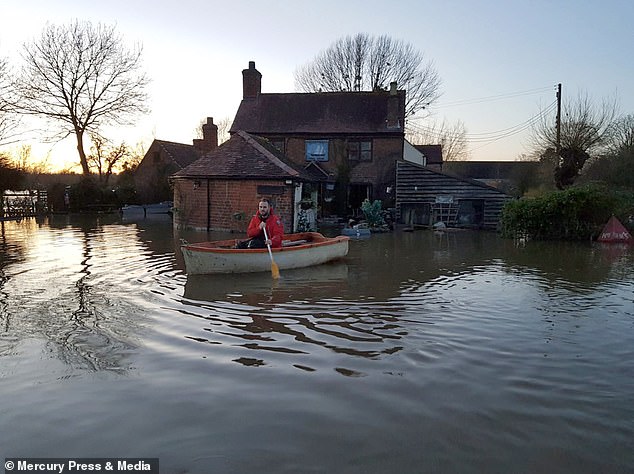 Flooding at the Boat Inn in Ashleworth, Gloucs, where the River Severn has breached defences

Mr Johnson was not accompanied by any media last night, but chatted to a number of patients in A&E who recognised him with his security detail.

One 27-year-old scaffolder, who did not wish to be named, told the Mirror he had spoken to the PM, and was ‘brutally honest’ about the problems,

The man had apparently been waiting for treatment since 4.30pm in the afternoon.

“He stopped and spoke to me and asked how I was doing and what my thoughts were towards the hospitals waiting times,” the patient said.

“I won’t lie, I was brutally honest and I then asked him what he was doing here.

“He said that he was looking around as he has put some of the NHS funding towards the hospital to make it better.”

However, the man said that he had concluded Mr Johnson was a ‘caring’ person, having previously thought of him as a ‘bit of a dopey bloke’.

Mr Johnson has made great play of his commitment to the NHS, vowing to pump in more money and improve treatment.

He was a frequent visitor to hospitals before the election, although he has not always received a universally warm welcome.

In September he was accosted by a father at Whipps Cross hospital who said the treatment for his seven-day-old daughter had been ‘unacceptable’. 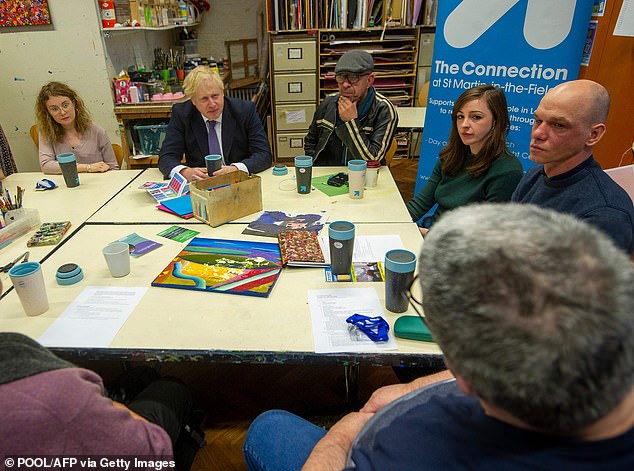