First PMQs of the new term and Boris Johnson was, I’m sorry to say, poor.

It wasn’t just that he hadn’t bothered with any of the necessary holiday reading – it was clear he’d barely glanced at the back covers.

After such a political hotchpotch of a summer, this was a showdown the PM could really have done with winning.

Boris Johnson’s first PMQs of the new term was provocatively poor. After such a political hotchpotch of a summer, this was a showdown the PM could really have done with winning

Those zapped troops of his are in dire need of some oomph. As it was, their man almost needn’t have showed up.

At the very least, he might have prepared some new gags. Instead Sir Keir Starmer’s questions were met with the usual volley of increasingly blunt arrows.

The Labour leader was ‘going round undermining confidence… spreading doubts… gloom and dubitation’.

He was ‘Captain Hindsight’… yawn. Yes, yes, we’ve heard all those before. 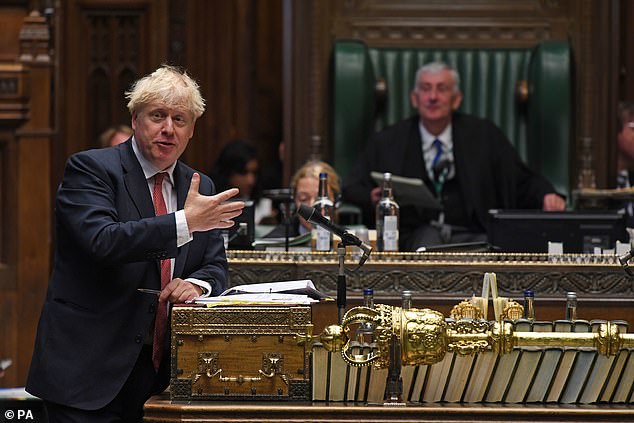 The PM’s girth seems to have shrunk by a few belt notches. All that puffing and wheezing with his beefcake trainer Harry Jameson is clearly paying off

The most positive observation I can make was that the PM’s girth seems to have shrunk by a few belt notches.

All that puffing and wheezing with his beefcake trainer Harry Jameson is clearly paying off.

His face appears younger, fresher and less saggy around the jowls.

No longer did I worry that, as he sat down, I might hear his trouser gusset splitting.

Sir Keir kicked off by regurgitating the A-level fiasco. A bit old hat but no matter.

Twice he demanded a straight answer from the Prime Minister as to when he first became aware that Ofqual’s wretched algorithm was wonky.

He may as well have asked a puffin to do a handstand.

The PM’s garbled responses prompted Starmer to accuse him of ‘making it up as he goes along’ and ‘fooling no one’.

The arch prosecutor had Boris cornered – but then, as so often, his lack of the oratorical tools to hammer home the advantage was exposed.

A speaker with greater skill would make these moments count for more. 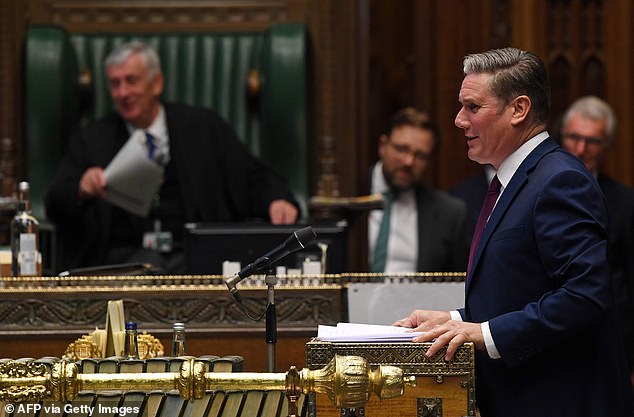 Labour leader Sir Keir Starmer kicked off by regurgitating the A-level fiasco. Twice he demanded a straight answer from the Prime Minister as to when he first became aware that Ofqual’s wretched algorithm was wonky

(It doesn’t help of course that Sir Keir sounds like a bunged up character in a TV advertisement for Beechams Powders.)

The Government, he said, had presided over ‘mess after mess, U-turn after U-turn’.

Boris reached for a verbal zinger by way of response but the knapsack was empty. Instead, the session took an ill-tempered turn.

Apropos of nothing, the PM dragged up Starmer’s decision to serve under Jeremy Corbyn, ‘an IRA-condoning politician who wanted to get out of Nato’.

More from Henry Deedes for the Daily Mail…

Speaker Sir Lindsay Hoyle diplomatically urged him to get on with answering the question as Sir Keir’s brow twitched feverishly.

Until now, he’s been such a cool customer at the despatch box; that perfectly oiled fringe, that creamy Metropolitan poise…

However, after the IRA jibe, it wasn’t so much a red mist that descended as a pea-souper. Ooh, was he cross!

‘He mentions the IRA… I worked for five years with the police of Northern Ireland bringing peace,’ Sir Keir fumed, index finger wagging like a truncheon. ‘I prosecuted serious terrorists!’

Starmer demanded that Johnson have the ‘decency’ to withdraw his remark, then added: ‘But doing the decent thing and the Prime Minister don’t go together.’

Boris shot back that gormless look of innocence. ‘What? I didn’t do anything!’ it screamed. I once owned a terrier that pulled a similar expression whenever she succeeded in swiping a pork chop off the kitchen table.

I suspect Boris was delighted to get his opponent so riled.

The PM’s more lucid moments came in discussions about getting people back to work. Despite protests from the Opposition benches, he made it clear he would not be extending the furlough system beyond the Octo- ber deadline. 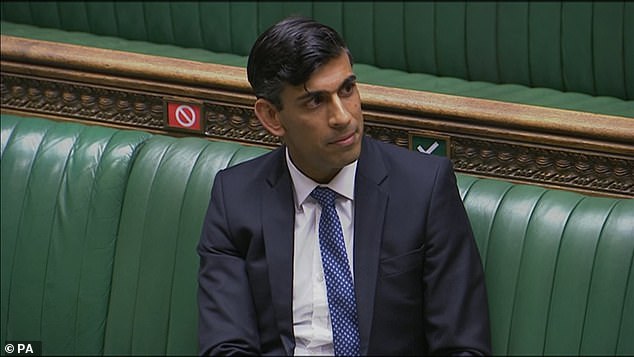 To do so, he said, would only keep people in ‘suspended animation’. Far better to try to get them into jobs than have them ‘languishing out of work’.

I noticed Chancellor Rishi Sunak, who had been flicking his fingernails nervously up until this point, lightened up after that.

We ended with a snippy Point of Order from the SNP’s Ian Blackford, who complained a Downing Street source had wrongly fingered him for revealing the destination of the PM’s recent Scottish staycation.

The accusation, Blackford said, was a ‘political smear’.

Boris clearly didn’t believe him but said how much he’d enjoyed his trip up North.

One suspects he won’t be going back in a hurry.