Boris Johnson was facing the prospect of a fourth inquiry into the financing of his lavish flat makeover last night, after Labour reported him to Parliament’s sleaze watchdog.

The Prime Minister insisted yesterday that there was ‘nothing to see’ as he has now paid the £58,000 cost overrun on the Downing Street flat he shares with fiancée Carrie Symonds.

He described the row as a ‘farrago of nonsense’.

But veteran former Labour minister Dame Margaret Hodge called for a formal inquiry into allegations that the bill was initially settled by the Conservative Party, which was reimbursed by millionaire Tory donor Lord Brownlow.

In a letter to the Parliamentary Standards Commissioner Kathryn Stone, Dame Margaret said the PM had ‘repeatedly broken’ the rules that require MPs to declare donations within a month of receipt.

Mr Johnson has previously been reprimanded for the late declaration of ten other financial interests, and has been warned he faces ‘enhanced sanctions’ if he breaches the rules again. These include a possible fine or temporary suspension from the Commons.

The Prime Minister insisted yesterday that there was ‘nothing to see’ as he has now paid the £58,000 cost overrun on the Downing Street flat he shares with fiancée Carrie Symonds

The latest move came 24 hours after the bombshell announcement from the Electoral Commission that it is launching a formal investigation into the affair.

In a statement that infuriated the PM, the watchdog said: ‘We are now satisfied that there are reasonable grounds to suspect that an offence or offences may have occurred.’

The tangled financing of the PM’s flat refurbishment is already the subject of an internal review by the Cabinet Secretary Simon Case, and is also being investigated by the PM’s new adviser on ministerial interests, Lord Geidt. Downing Street declined to comment on Labour’s decision to seek a further inquiry last night. But a parliamentary source said the move could ‘backfire’ as it was unclear whether Miss Stone has the power to investigate gifts made to Mr Johnson in his capacity as a minister.

As an MP, he has to record all financial interests. But the MPs’ code of conduct states: ‘Members are not required to register either ministerial office or benefits received in their capacity as a minister.’ 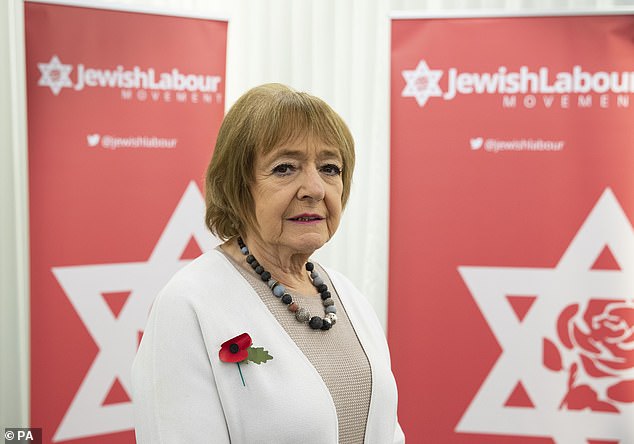 The Office of the Parliamentary Standards Commissioner declined to comment last night. Downing Street is expected to argue that details of any financial assistance should be reported in the register of ministerial interests, which has not been updated for almost a year.

Prime ministers are entitled to a £30,000 annual allowance for the maintenance of their Downing Street accommodation, but have to pay any balance above that themselves.

Mr Johnson refused three times on Wednesday to tell MPs who had paid the extra £58,000 thought to have been incurred. Labour leader Sir Keir Starmer urged the PM to come clean. The Mail has revealed that the Tory Party settled the bill for the renovations last July. Lord Brownlow secretly wrote to the party in October to say he was reimbursing the party for the £58,000 it had spent.

Neither of the transactions have been recorded by either the PM or his party, and it is not known whether further payments from other individuals might have been involved.

Mr Johnson yesterday insisted it was time to move on from the row. Speaking at the close of a turbulent 16-month session of Parliament, the PM pledged to remain ‘laser-focused on delivering the people’s priorities as we work to unite, level up and increase opportunity all across the UK’.