Boris Johnson faced a furious backlash today as he claimed no country has a working coronavirus tracing app – only to be told that 12million people have already downloaded Germany’s version.

The PM dismissed criticism over the failed NHS software, which was initially billed a crucial for controlling the disease before being humiliatingly abandoned last week.

Ministers were forced to admit that it failed to work on almost all iPhones, and are now focusing on a ‘hybrid’ based on a model built by Apple and Google.

Mr Johnson insisted at PMQs this afternoon that no other country had a ‘functional’ app, after Sir Keir Starmer warned that one was critical for the test and trace system – especially with lockdown easing.

But Sir Keir shot back: ‘Germany – 12million downloads… I checked that overnight.’ 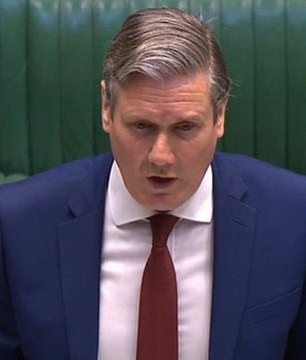 Boris Johnson (left) insisted at PMQs this afternoon that no other country had a ‘functional’ app, after Sir Keir Starmer (right) warned that one was critical for the test and trace system

During brutal clashes in the Commons, Mr Johnson said the NHS Test and Trace team had so far contacted 87,000 people.

The Labour leader said: ‘Yesterday the Government announced the next stage of easing lockdown restrictions. If that plan is to work, and we want it to work, we need an effective track, trace and isolate system…

‘The latest track, trace and isolate figures show that just over 10,000 people with Covid-19 were reached and asked to provide contact details.

‘I do recognise the hard work that has gone into this, but if two-thirds of those with Covid-19 are not being reached and asked to provide contact details, there’s a big problem, isn’t there?’

But Mr Johnson shot back that Sir Keir’s ‘prognostication of gloom’ on test and trace had been proved wrong.

He said the UK had a very effective ‘cluster-busting’ operation to crack down on any local outbreaks.

‘Contrary to his prognostications of gloom, it has got up and running, I think, much faster than the doubters expected,’ he said,

‘What NHS Test and Trace is doing is contacting the vast majority of those who test positive and their own contacts and getting them to self-isolate, and it is a formidable achievement.’

Sir Keir Starmer pressed Mr Johnson on whether the contact tracing app was critical or not in combating the virus. 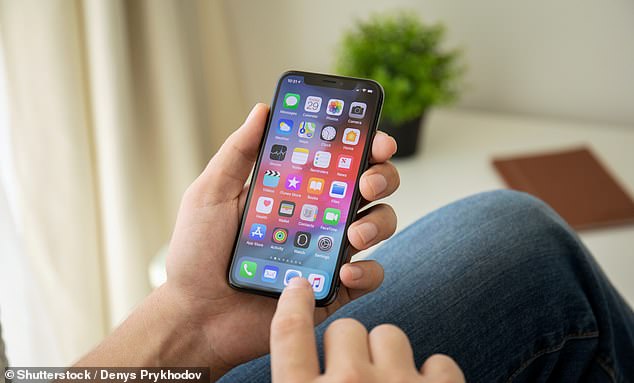 The app developed by the NHS didn’t work for people using Apple iPhones and effectively went into sleep mode, failing to pick up nearby devices using Bluetooth (stock image)

He said: ‘Up until last week, the Government maintained that the app was critical, another of their slides (at the daily briefing).

‘But at the weekend (Matt Hancock) downplayed the app, saying it was only ever additional support. So which is it – critical or not?’

Mr Johnson responded: ‘I wonder whether (Sir Keir) can name a single country in the world that has a functional contact tracing app? Because there isn’t one.’

Sir Keir Starmer, when asked to name a country which has a functional contact tracing app, replied: ‘Germany – 12 million downloads. I checked that overnight.’

The Labour leader said other countries are ahead of the UK, asking: ‘When are we going to have a working app?’

‘If we can get it to work it’ll be a fine thing but there isn’t one anywhere in the world so far.’