Boris Johnson has appointed a former Treasury official who advised George Osborne as his new chief of staff, it was announced today.

The PM has recruited Dan Rosenfield for the key job at Downing Street in the wake of the extraordinary row that saw Dominic Cummings depart.

Mr Rosenfield will take over in the role from the New Year, as Mr Johnson looks to ‘reset’ his premiership.

Former director of communications Lee Cain, a key all of Mr Cummings, was said to have been offered the post earlier this month.

But he then dramatically quit after an apparent power struggle between the Vote Leave faction in No10, and Mr Johnson’s fiancee Carrie Symonds and new press secretary Allegra Stratton.

Mr Rosenfield joins from Hakluyt, a strategic advisory firm for businesses and investors, where he has worked since 2016.

Previously he was a director at Bank of America.

Before that Mr Rosenfield was an official in the UK Treasury for over a decade, including four years as principal private secretary to Alistair Darling and George Osborne from 2007 to 2011.

Mr Rosenfield will start on December 7, but Lord Udny-Lister will continue to serve as acting chief of staff until January 1. 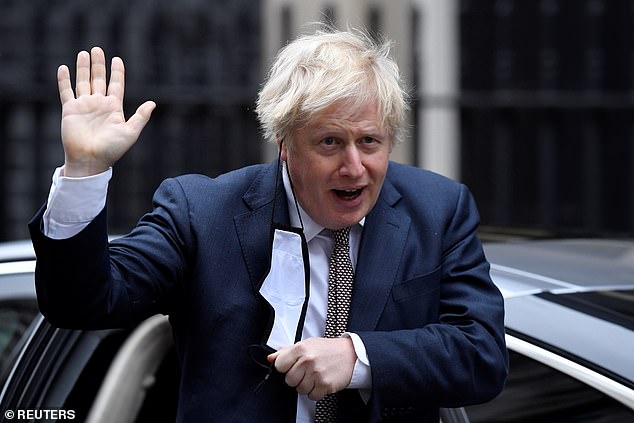 Mr Rosenfield will take over in the role from the New Year, as Mr Johnson (pictured in Downing Street today) looks to ‘reset’ his premiership