EXPRESS INFORMER > News & Politics > Boris is BACK in Downing Street

Boris Johnson has arrived back in Number 10 ahead of his return to work tomorrow following his battle with coronavirus, MailOnline can reveal.

The Prime Minister was pictured entering via the back of Downing Street where he smiled to a security guard before heading inside.

He returns to Westminster facing a growing clamour for the government to publish an exit strategy from lockdown.

But after recuperating from his intensive care scare at Chequers with fiancée Carrie Symonds, Mr Johnson told colleagues he was ‘raring to go’.

Boris Johnson has arrived back in Number 10 ahead of his return to work tomorrow following his battle with coronavirus, MailOnline can reveal 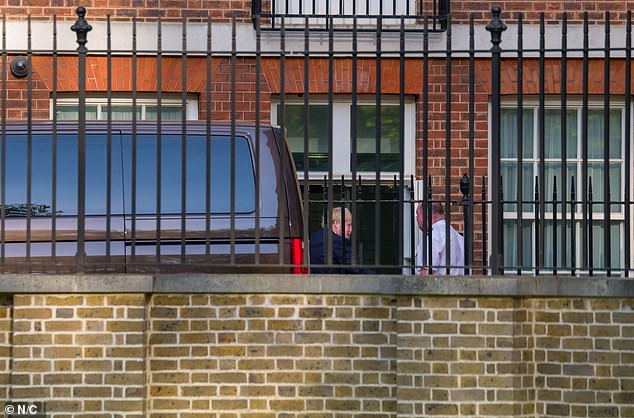 Mr Johnson, who was discharged from St Thomas’ Hospital in Central London two weeks ago, has spent the past week easing back into something closer to a normal workload, making calls to Ministers, working on official papers and holding a series of – sometimes erratic – meetings on Zoom.

A source said: ‘Boris is tightening his grip. You are going to see much greater clarity, energy and purpose now.’

It comes after splits opened up in the Government over how to map a path out of the lockdown, and criticism of Ministers for failing to introduce widespread testing and source adequate supplies of protective equipment for health workers.

During the three-hour Chequers summit, which included Cabinet Ministers such as Foreign Secretary Dominic Raab, Chancellor Rishi Sunak, Cabinet Secretary Mark Sedwill and aides including chief adviser Dominic Cummings and No 10 Director of Communications Lee Cain, Mr Johnson was given a detailed briefing on the policy work being carried out on Covid-19.

Mr Sunak presented an economic blueprint based on the ‘best practice’ that has been shown to work in countries such as Switzerland, Denmark and Germany. 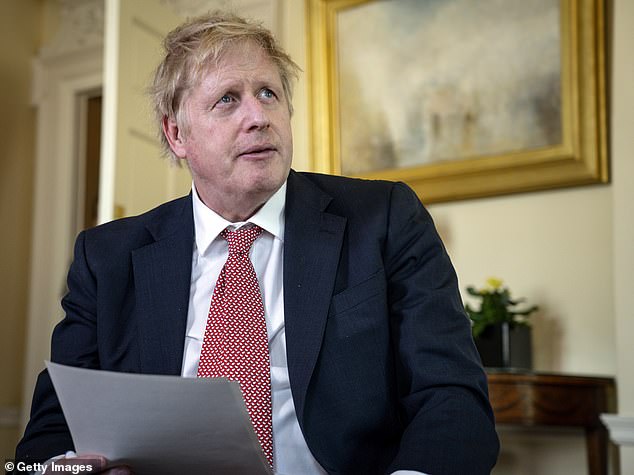 Prime Minister Boris Johnson records a video message on Easter Sunday at Number 10 after release from the hospital,

It is understood the Chancellor briefed Mr Johnson on a four-point plan to reopen non-essential shops, change working patterns and then open schools – as well as making ‘hygienic measures’ a permanent fixture in Britain’s workplaces.

Mr Sunak highlighted plans in Austria where shops over 400 sq m (4,300 sq ft) and hardware stores and garden centres have already reopened, while in Germany hairdressers are open as long as staff and clients wear protective clothing. And he championed the Czech Republic’s five-stage plan to lift all domestic restrictions by June 8, with particular focus on the country’s plans to start by opening farmers’ markets and car dealerships.

Reports last week said Mr Johnson’s serious illness had turned him from a ‘hawk’ who supported an early exit from the lockdown into a ‘dove’ who regarded the protection of the NHS as the overwhelming priority.

But that interpretation is disputed by one Minister, a close ally of the Prime Minister, who said: ‘I don’t think that is right. He is going to start showing some leg on leaving lockdown.’ 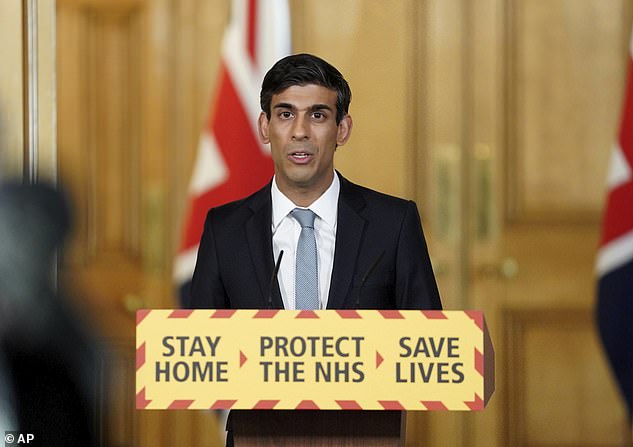 The Minister added: ‘The PM is moving in tandem with public opinion. I think public opinion is getting ready for things to change.

‘Businesses that weren’t meant to have locked down are saying they are going to start up again.

‘People are doing it already. You can’t keep the lockdown going for ever because people are bored and people want to get out.’

In reference to the elderly, the Minister said: ‘Surely there comes a point at which you say: ‘There may be a risk, but thank you very much – I will take that risk myself. I want to see my grandchildren.

‘I don’t want to live for four years as a hermit’. Meanwhile, young people are beginning to feel, ‘I’m 20, I’m fit, my chances of getting anything are negligible. Why am I locked down?’ ‘

Sources said that in the coming days, Mr Johnson would ‘immerse himself in briefings with his team and set out his priorities for the week ahead’. The Prime Minister is also expected to grill Secretaries of State on their departments’ progress in tackling the virus.

A No 10 insider said: ‘The Prime Minister has been doing all the right things and following his doctor’s advice to come back to work, and he is raring to go. He has told the team he will be back at his desk on Monday morning – it’s given everyone a huge lift.’

Cabinet Ministers warn that for all the planning available, eventually Mr Johnson will have to make a ‘horrible political decision’ about what he believes to be an acceptable level of community infection rates going forward.

That is a decision that needs to be taken by the whole Cabinet, not just four stand-ins,’ referring to the so-called ‘quad’ of Ministers who have been minding the shop for Mr Johnson – Mr Raab, Mr Sunak, Matt Hancock and Michael Gove.

The Minister added: ‘The decision comes down to will we have a high tolerance for infection, where things really get back to normal, or a low tolerance where the social distancing carries on for months and we always stand two metres apart.

‘There is a middle path, but that is a decision for politicians now, not scientists. They have set out the consequences, now it is time to decide. It is an inherently political decision.’

Other Ministers are urging the PM to ‘bind Labour’ into any decision on lifting the lockdown to avoid the opposition ‘weaponising’ any future increase in cases.

One said: ‘Keir Starmer is offering to be a grown-up here and work with us, and we should call him out on that.’