Tennis legend Boris Becker was today told he faces seven years in jail if found guilty of hiding assets including a Chelsea flat, two German properties and £1.2 million in cash when he filed for bankruptcy.

The former world No 1 was declared bankrupt in June 2017, and last year faced claims that he had failed to fully declare his estate to the Insolvency Service.

The High Court has imposed restrictions on the multiple Grand Slam winner’s finances for the next 11 years, as the Official Receiver raised concerns over ‘undisclosed,’ transactions.

Tennis legend Boris Becker, pictured outside court, today denied hiding his property portfolio along with bank accounts and shares in an artificial intelligence company during his bankruptcy proceedings

The German, 52, has indicated a not guilty plea to concealing a total of 2,008,715 euros and 44 cents (£1.83m), as well as two properties in his homeland and a Chelsea flat which he was required to deliver up to the trustee to the estate.

Westminster Magistrates Court also heard he hid shares in an artificial intelligence firm and 825,000 euro in debt during the hearing.

Becker, who now lives in an exclusive Thameside apartment block in Battersea, south west London, faces a maximum of seven years in prison if he is found guilty of the 19 charges.

He was denied unconditional bail and was instead told that he must sacrifice his passport and inform the Insolvency Service two days before he makes any international trip for the purposes of work.

Rebecca Chalkley, prosecuting for the Insolvency Service, said she had no objection to unconditional bail.

But Chief Magistrate Emma Arbuthnot said: ‘I am struck about the dishonesty being alleged, not just once or twice but spread over a number of months.

‘That gives me grave reservations about a man even of a man of good character.

‘I am suggesting GPS tracking, in a wide area of London. He’s a German national and Germany does not extradite its nationals.

‘If he was to go to Germany, the entire case would have to be moved there which would cause great inconvenience.’

Jonathan Caplan QC, defending, said: ‘With all due respect, there’s no question that Mr Becker will not attend court. 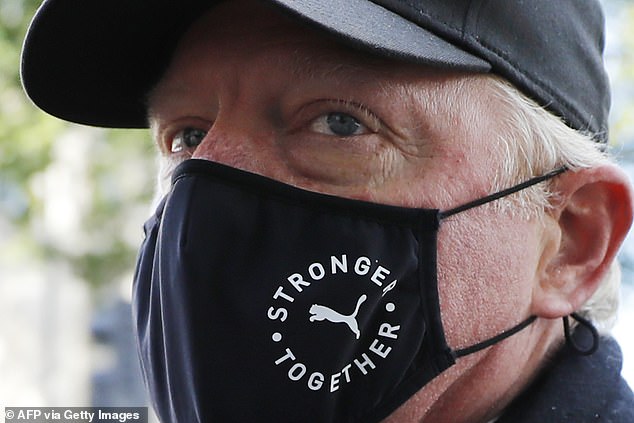 The Grand Slam winner, pictured outside court, last year faced civil claims that he failed to fully disclose his estate to trustees after being declared bankrupt in 2017

‘He is an international celebrity. It would be ludicrous in the extreme to go to germany or somewhere else to avoid his obligations to the court.

‘There’s nothing in his background or in these charges that might lead to the inference of this case.

‘He’s so well known it would be ridiculous.’

Mr Caplan added: ‘He makes his living by commentating around the world.

‘London is a base but he travels frequently. He’s set to travel to Munich on Friday.

‘It’s quite wrong in my submission to freeze those commercial contracts on the basis that this man who is of good character will not attend and honour his obligations to his court.’

The chief magistrate said, however, as a man living in an exclusive and celebrity apartment should be able to afford security.

Becker, earned the nickname ‘Boom Boom’ after winning his first Wimbledon as a 17-year-old.

He secured millions in prize money during a trophy-laden career. 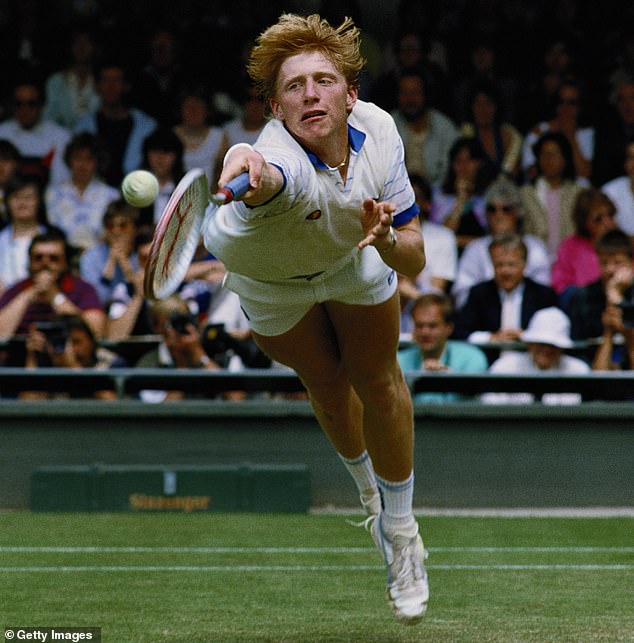 In recent years he has made headlines for his financial difficulties and last year auctioned off a watch given to him by champion Novak Djokovic.

Becker, who wore a maroon tie and a black suit, appeared to remain calm but seemed to stare into space and fidgeted a little throughout proceedings. He only spoke to confirm his name, date of birth, address, his indicated pleas and to say he wished for the matter to be sent to the Crown Court.

The Chief Magistrate said: ‘You’ve elected trial in the Crown Court and will go there on 22 October.

‘It’s likely to be Southwark Crown Court although that may be changed depending on availability in the Central Criminal Court. You’ll be there in time for 10am.

‘If you do not attend at all there will be a warrant for your arrest. That will be a short hearing.

‘You’ve got these conditions of bail to make sure you attend the court hearing.

‘If you do not attend, the hearing will go on in your absence. If you are not there, you might find yourself convicted.

‘If you break your bail, you end up risking custody. With the situations in the Crown Courts at the moment in particular, you may find yourself waiting a long time in custody.’