Scottish author Douglas Stuart has won the Booker Prize for his first novel Shuggie Bain – a ‘powerful and moving’ story based on his own experience growing up in 1980s Glasgow.

He was announced as this year’s winner in a virtual ceremony which featured contributions from former US president Barack Obama and the Duchess of Cornwall.

Shuggie Bain, which is based on Stuart’s own childhood, is set in Glasgow in the 1980s and tells the story of a young boy growing up with a mother who is battling addiction.

The novel is dedicated to the Stuart’s mother, who died following an alcohol addiction when he was 16.

She added: ‘The heart-wrenching story tells of the unconditional love between Agnes Bain – set on a descent into alcoholism by the tough circumstances life has dealt her – and her youngest son.

‘Shuggie struggles with responsibilities beyond his years to save his mother from herself, at the same time as dealing with burgeoning feelings and questions about his own otherness.

‘Gracefully and powerfully written, this is a novel that has impact because of its many emotional registers and its compassionately realised characters. 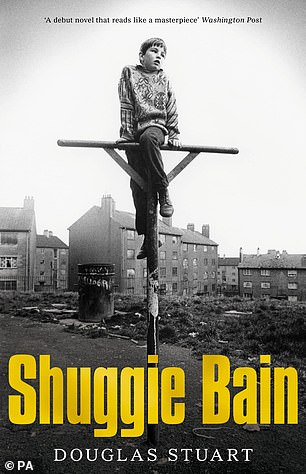 ‘The poetry in Douglas Stuart’s descriptions and the precision of his observations stand out: nothing is wasted.’

She said: ‘I’m so thrilled for Douglas Stuart – Shuggie Bain is a raw, searing and beautifully tender novel.

‘Such a worthy winner of the Man Booker – and he now joins James Kelman as one of just two Scottish writers to win the prize. Many congratulations!’

The author explores poverty, tough upbringings and alcoholism in his book, which Busby added is ‘destined to be a classic’.

Stuart was born and raised in Glasgow before moving to New York to pursue a career in fashion design at 24, working for brands including Calvin Klein, Ralph Lauren and Gap.

He began writing in his spare time a decade ago, and his short stories have since appeared in the New Yorker.

The author said his Man Booker win means he can now abandon his career in the fashion industry and dedicate himself to writing.

Speaking last night, he said: “I’m now writing full-time. It’s been about three years I have already been in that position, but this cements it.

He previously explained writing about Glasgow while in the US had ‘helped me to distill the story out of my experiences in the city.’

‘That distance brought clarity but it also allowed me to fall in love with the city again,’ Stuart added, 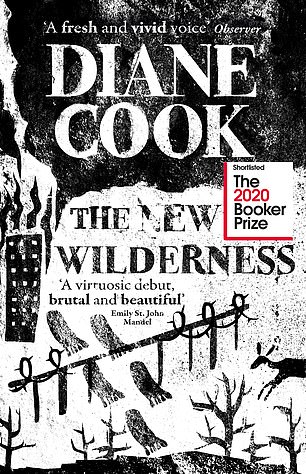 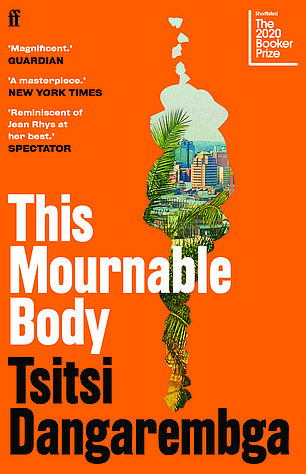 The New Wilderness by Diane Cook, Real Life by Brandon Taylor and Tsitsi Dangarembga’s This Mournable Body were also nominated.

Stuart was one of four debut novelists among the six shortlisted for the prize.

Obama addressed the ceremony via a pre-recorded video message tonight.

He said: ‘I’ve always turned to writing to make sense of our world … and at their best Booker Prize-listed books remind me of fiction’s power to put ourselves in someone else’s shoes, understand their struggles, and imagine new ways to tackle complex problems and effect change.

‘I want to salute the work of the Booker Prize Foundation to encourage people to read more fiction and promote the art of reading for the public benefit.’

The ceremony also saw the Duchess of Cornwall discuss the value of reading during the pandemic.

‘While Covid deprived us of so many cultural pleasures – live music, theatre, cinema, art galleries, even being together in the flesh this evening – we have, at least, been able to read,’ she said.

‘And as long as we can read, we can travel, we can escape, we can explore, we can laugh, we can cry and we can grapple with life’s mysteries. 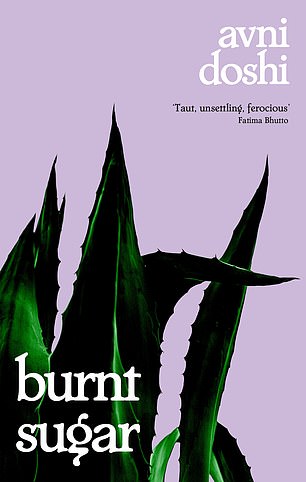 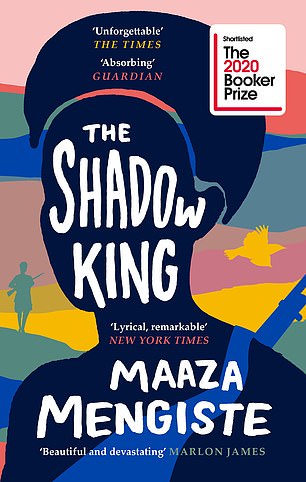 ‘For all these reasons, this year’s Booker Prize is even more important than usual. ‘It celebrates wonderful writers who share their gifts to strengthen, provoke, move and comfort their readers.’

Stuart is the second Scottish writer to win the award after Kelman scooped the 1994 prize for How Late It Was, How Late.

The author previously described how Kelman’s novel ‘changed his life’ because it was one of the first times he saw ‘my people, my dialect, on the page.’

He added: ‘It is such a bold book, the prose and stream of consciousness is really inventive.’

Busby was joined on the judging panel by writers Lee Child, Sameer Rahim and Lemn Sissay, as well as classicist Emily Wilson.

The Booker Prize, first awarded in 1969, is open to writers of any nationality whose work is written in English and published in the UK or Ireland.