By Sean O’grady For Mailonline

Bonnie Langford is set to reprise her 1980s role of Melanie Bush in the new series of Doctor Who.

The actress, 58, will make a cameo appearance in episodes planned for 2024 alongside new Doctor Ncuti Gatwa.

Bonnie starred as companion Mel from 1986-87 alongside actors Lord Colin Baker and Sylvester McCoy as the Doctor.

Return: Bonnie Langford is set to reprise her 1980s role of Melanie Bush in the new series of Doctor Who (pictured in 2021)

She previously reprised the role on TV once in 1993 for Dimensions In Time, a Doctor Who / EastEnders mash up for Children In Need.

The star said she had two conditions for accepting the role once again.

During a podcast interview seen by The Mirror, the star said: ‘No screaming, and please can we build her character a bit?

‘I was constantly seeking a more substantial role. Melanie just said, “But Doctor…”, and screamed.’ 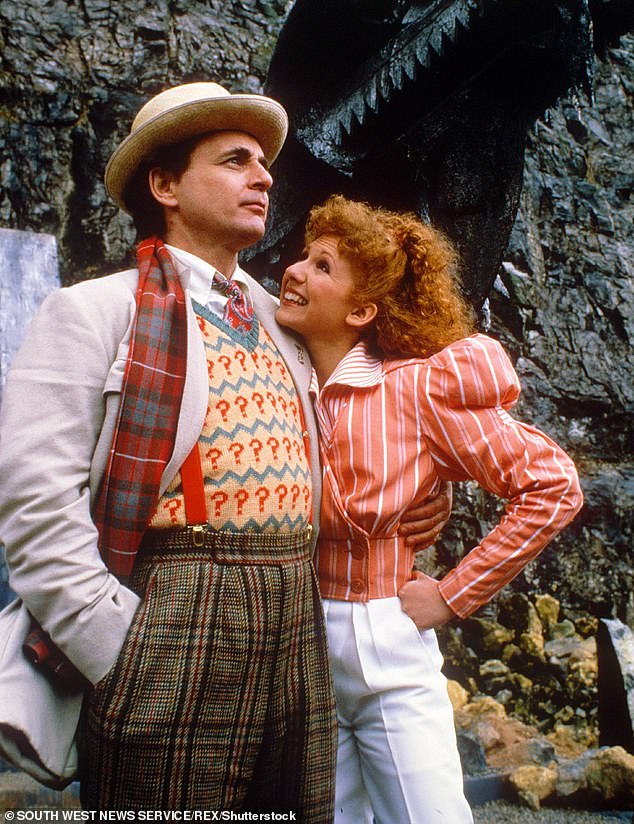 Back in the day: Bonnie starred as companion Mel from 1986-87 alongside actors Lord Colin Baker and Sylvester McCoy as the Doctor (pictured with Sylvester McCoy)

Showrunner Russell T Davies is a fan of Bonnie’s and personally contacted her to see if she’d be interested in reprising her role.

She said: ‘I don’t know what it’s like or what it’s about but he’s emailed me and said, ‘Would you do it?’ I said, ‘Yes, absolutely’. It’s just so fascinating.’

Current Doctor Jodie Whittaker has said previously that she is leaving the coveted role this year because she feels it needs ‘new energy’.

And she will be passing the Time Lord baton to Sex Education actor Ncuti, and explained that she was ‘delighted’ with the ‘beautiful dialogue’ within her final scenes. 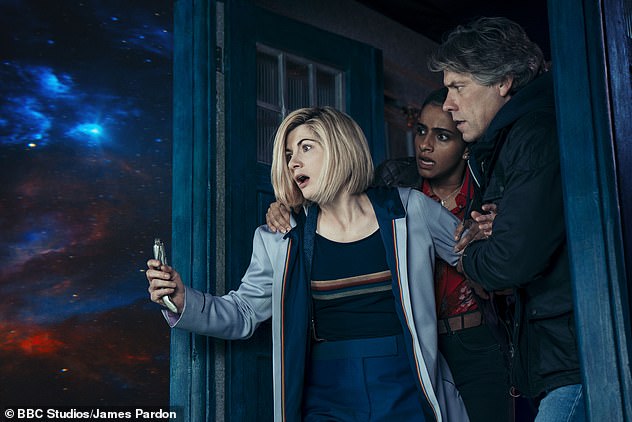 Goodbye: Jodie Whittaker has portrayed the eponymous Time Lord on-screen for four years, and is set to bow out of the sci-fi series in her last episode this October

During the finale, the star will allegedly pay tribute to past Time Lords by wearing their iconic outfits throughout the feature-length episode – which will be titled The Power of the Doctor.

With plenty of surprises in store, Jodie dubbed the episode ‘a real treat’ for fans – as it will lead into the next phase of Doctor Who, with Russell T Davies returning as showrunner and Ncuti starting his run.

Earlier this year, showrunner Davies teased: ‘It’s a 90-minute epic, it’s fantastic. So, that is gorgeous with lots of surprises,’ during an appearance on The One Show.

While chatting previously to Empire Magazine, Jodie explained: ‘It’s got all the iconic things you associate with Doctor Who, It’s massive.’

Ncuti is set to be the first black doctor in the show’s history, once again marking a milestone for the long running BBC series. 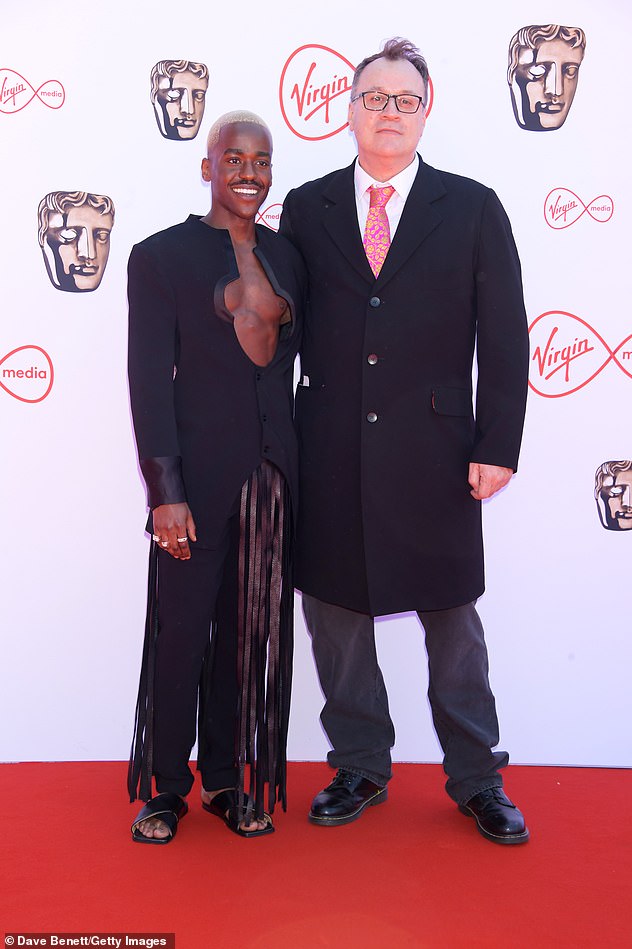 Show: Ncuti is set to be the first black doctor in the show’s history, once again marking a milestone for the long running BBC series (pictured with Russell T Davies)