Bombardier Inc. says it plans to consolidate its plane-making businesses into a single entity and sell off factories in Northern Ireland and Morocco to focus on profitable parts of the business.

The Montreal-based company says it plans to streamline its various corporate jet brands, including Global, Challenger, Learjet and the CRJ, into a single profitable business that will be known as Bombardier Aviation. Part of that will see the company sell of parts of the business that aren’t part of their long-term plans.

That apparently includes a factory in Belfast that makes wing and plane bodies. Employing 3,600 people, the facility is the biggest high tech manufacturer in the United Kingdom.

“We understand that this announcement may cause concern among our employees, but we will be working closely with them and our unions as matters progress, and through any future transition period to a new owner,” the company said.

Bombardier has had a presence in the capital of Northern Ireland for more than 30 years. The facility in the city with a rich manufacturing history is only steps from the shipyard that built the Titanic more than a century ago. 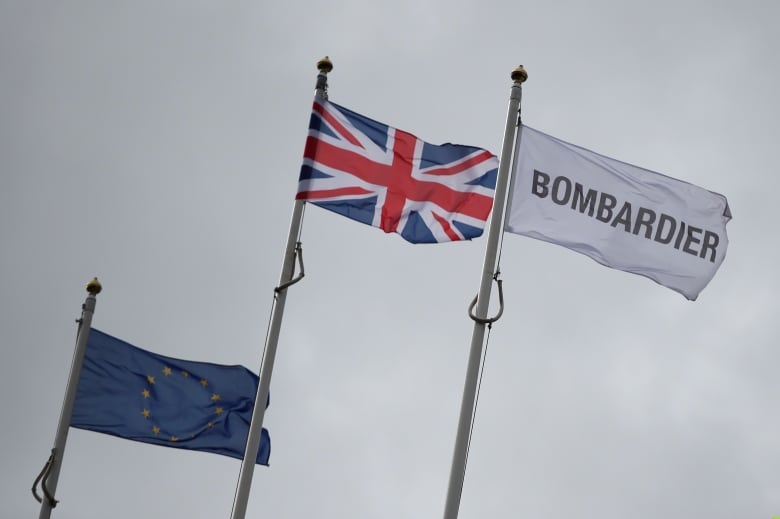 The sale of the Belfast facility means the wings on what used to be known as the CSeries — which Bombardier gave to Airbus in 2017 for virtually nothing — will no longer be made by Bombardier employees.

Bombardier’s Morocco operations employ about 400 people, and they will also be sold.

“It is the right next step in our transformation,” CEO Alain Bellemare said. “The consolidation will simplify and better focus our organization [and] also allow us to better support our customers and generate value for shareholders.”

After the moves, Bombardier Aviation will have most of its remaining plane-making operations in Montreal, Mexico and Texas. Last year, Bombardier sold a jet plant in Downsview in Toronto for $635 million.

Earlier this year, Bombardier warned Brexit negotiations were bad for business, and causing uncertainty in its long-term planning.

The move to sell factories comes after the company rattled investors last week by warning that it would have to cut its first-quarter and full-year revenue targets.

The company has been trying to turn around its business for years, after high debt loads, cost overruns, project delays and slumping sales pushed the company to the brink of bankruptcy.

The company’s rail division, which is quickly becoming the biggest part of the business, took in $2.1 billion in revenue during the quarter.