By Padraig Collins and Tita Smith For Daily Mail Australia

Three people have been shot dead and police are desperately searching for a gunman in a mass shooting on a remote property on Thursday morning.

The man suffered a gunshot wound to the stomach in the incident in Bogie, about 40km west of Bowen in the Whitsundays region of north Queensland.

Bogie is a mining town with a population of just over 200 people.

The incident, which happened at around 9am and has been declared an emergency situation, is reportedly linked to a property dispute.

The man shot in the stomach made his way to another home, from where he was able to call the authorities.

Police said this was ‘some distance’ from where the shooting took place.

The injured man, who is in his 30s, was found to be in a critical condition and was flown directly by rescue helicopter to Mackay Base Hospital.

A woman who works on Peter Delamothe Road, which connects Bogie to Bowen, told Daily Mail Australia she saw several police cars racing towards scene of the shooting.

It is understood doctors and nurses with blood supplies and other medical resources have been sent from Bowen Hospital to Collinsville Hospital – the closest facility to the shooting – to assist.

Up to eight ambulances were reportedly dispatched from Rockhampton, Mackay and Townsville.

‘Police are currently conducting emergency operations in the area and requesting members of the public and aircraft to not attend the declared location,’ police said.

Elly Colls, who works at Opal Ridge Motel, told the Guardian she learned of the incident at about 11am when someone rang to let them know there had been ‘a shooting at the Bogie’.

‘Better lock up the house,’ she said. ‘Cause I don’t think [they] found him.’

Another local told the Courier Mail the incident was linked to a property dispute between two the owners of two properties in the area.

He said it was not the first time there had been an issue between those involved. 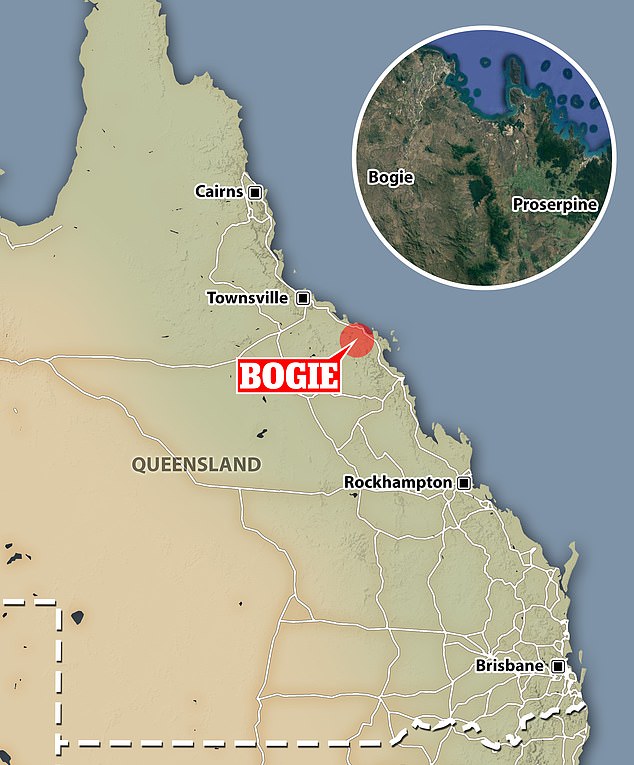 Four people were injured in a shooting in Bogie, near Bowen in north Queensland 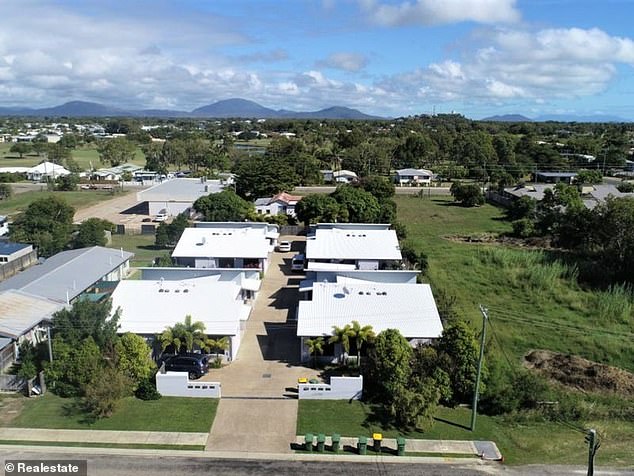