Four men have been arrested after allegedly attempting to smuggle cocaine concealed inside a ‘Bluey’ the blue heeler toy.

Police intercepted a package sent from Batemans Bay, in New South Wales to Queensland last month, with officers finding white powder hidden inside the toy from the international smash hit children’s show on the ABC.

Six homes across the NSW south coast and ACT were then raided in relation to the shock discovery – with cops allegedly seizing firearms, ammunition, a hydraulic pillpress and two poker machines.

At around 8am on Wednesday, South Coast Police raided four Batemans Bay homes and allegedly discovered a cache of illegal paraphernalia.

They allegedly recovered seven firearms, gel blasters, a replica handgun, a kilogram of tobacco, steroids, cannabis, a crystalised substance believed to be MDMA, a prohibited laser pointer and $1,600 cash.

Four men, aged between 23 and 45, were arrested and charged with a string of serious offences. 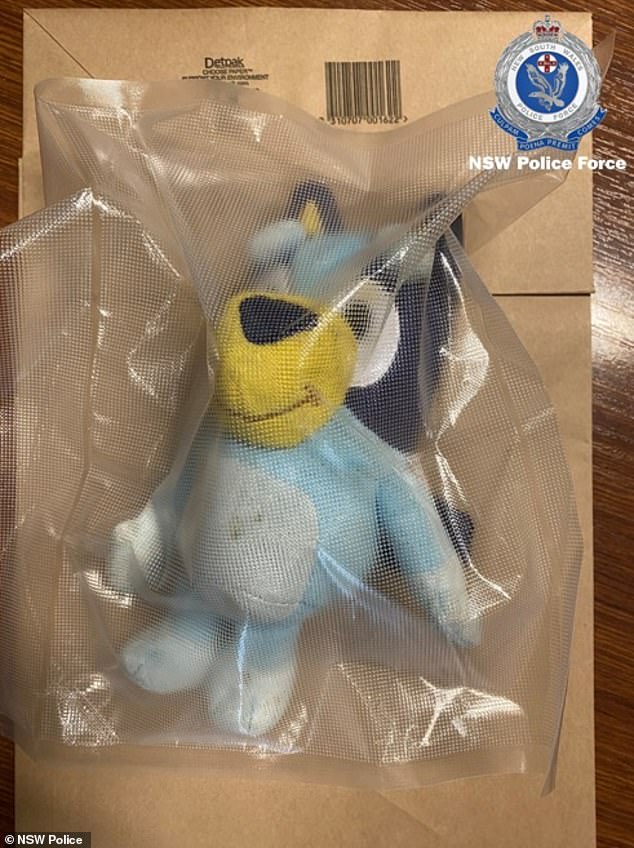 Police intercepted a package sent from Batemans Bay to Queensland last month, with officers finding white powder hidden inside the toy from the popular children’s show 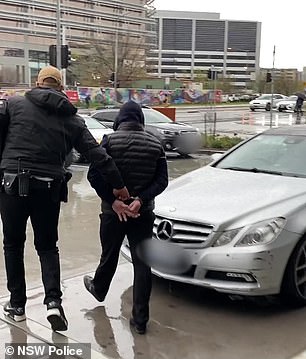 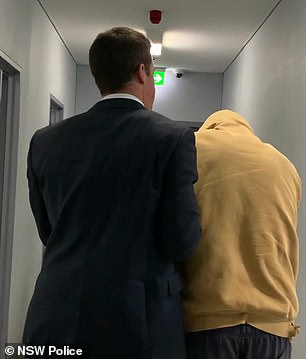 Four men, aged between 23-45, were arrested on Wednesday (pictured) after police executed four warrants at homes across Batemans Bay and the ACT

The youngest, a 23-year-old man, was hit with a lengthy list of offences including five counts of supplying a prohibited drug and participating in group criminal activity.

He was not granted bail.

Another man, 24, was slapped with seven counts of supplying a prohibited drug and possession of an unauthorised firearm. He was granted a conditional bail.

The 26-year-old man arrested at a home in Braddon, ACT is the alleged ringleader of the group and was charged with knowingly/recklessly directing a criminal group, among other charges.

He was extradited to Queanbeyan Police Station where he was charged with four further offences. The man is the member of an outlaw motorcycle gang.

Police also arrested and charged a 45-year-old man from North Batemans Bay with a number of offences related to illegal firearms, ammunition and possessing a gaming machine that isn’t approved. He was also granted a conditional bail. 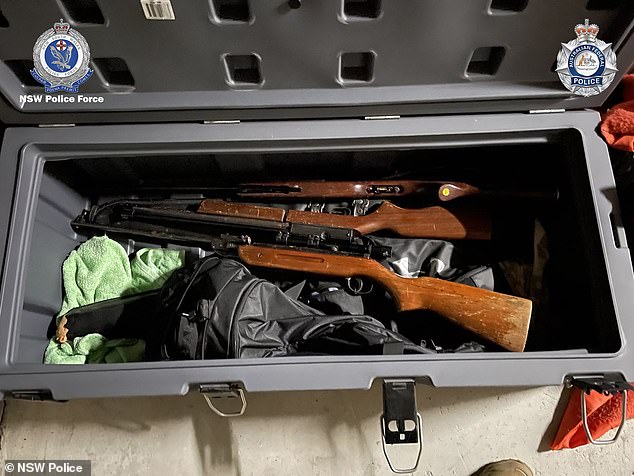 Firearms (pictured) were seized by police during search warrants 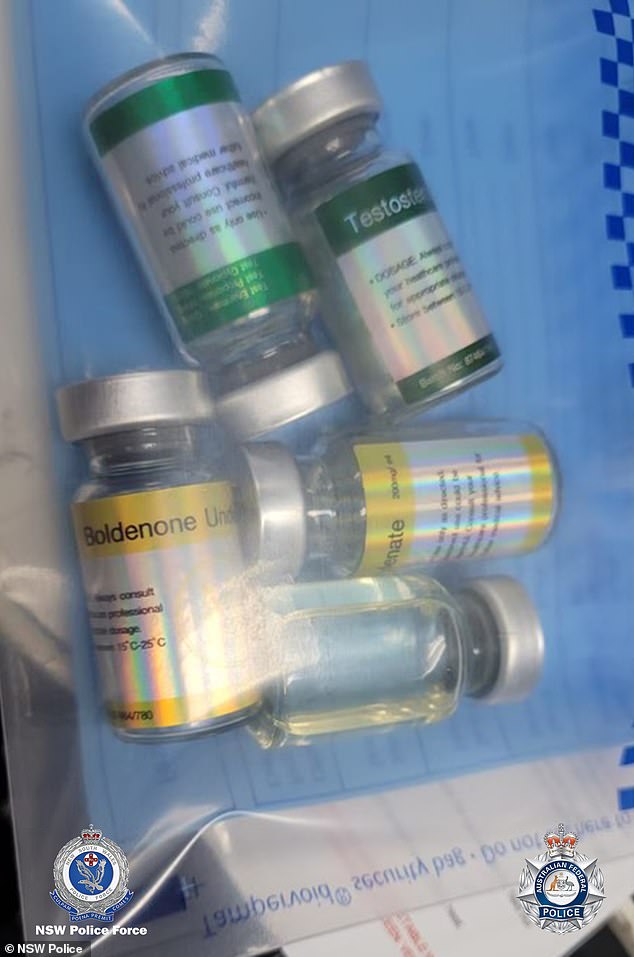 The Crime Manager of the South Coast Police District said the arrests showed the success of the newly appointed strikeforce in the region.

‘This goes to show that we will use all resources available from both NSW and the ACT in order to disrupt and prevent crime,’ Acting Inspector Ian Griffin said.

‘We will continue to work alongside ACT Policing to keep illicit substances off our streets, and our communities safe.’