The Bling Ling leader who stole $3 million from the homes of stars like Paris Hilton and Orlando Bloom has said he ‘never in his wildest dreams’ thought heists would ‘reach the levels of criminality it did’ in a new Channel 4 documentary.

Nick Prugo found infamy at 18 as the mastermind behind a series of burglaries at the homes of Hollywood celebrities by a group of youngsters from the upscale community of Calabasas.

The ‘Burglar Bunch’ break-ins that he lead with former best friend Rachel Lee netted more than $3 million in jewelry, high-end clothes and art, most of it from Paris Hilton, when a group of fame-obsessed high school students robbed a slew of celebrity homes in 2009.

The clan struck a who’s who of Hollywood stars, including Audrina Patridge, Lindsay Lohan, Orlando Bloom and Miranda Kerr, as well as Brian Austin Green and Megan Fox.

Their story was portrayed and slightly fictionalized in Sofia Coppola’s 2013 film The Bling Ring.

Speaking in the new documentary Bling Ring: Hollywood Heist, which airs on Monday at 10pm, Prugo said there ‘was a thrill’ to the crimes, saying: ‘I’ve always been the type to do what I have to do to get what I want, but I never thought in my wildest dreams it would reach the levels of ­criminality that it did.’

The Bling Ling leader Nick Prugo has said he ‘never in his wildest dreams’ thought the Hollywood heists would ‘reach the level of criminality’ it did in a new Channel 4 documentary Bling Ring: Hollywood Heist (pictured right, in court in 2009)

While Prugo spent his late teenage years living in Calabasas, he was nowhere near as well off as the celeb ­residents.

He and his best friend Lee began their criminal spree by stealing from cars before moving on to take the vehicles themselves.

They then began robbing homes, which Prugo said after being caught that he had come up with the plan as a way to fund his cocaine habit.

They used Hollywood star maps and the internet to locate celebrity addresses, and calculated when the stars wouldn’t be home based on their appearance schedules. 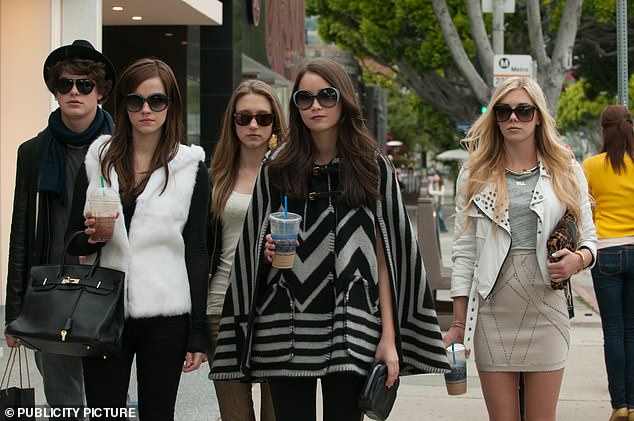 Showing little remorse for his crimes, he explained: ‘Rachel and I had this idea that a ­celebrity would be an ­excellent mark to hit.

‘I started cruising the gossip websites, saw Paris Hilton was going to Miami and that’s when we got the idea to rob her house.

‘We’d already seen into Paris Hilton’s life so much, so it didn’t seem like much more of a step to enter her house.

‘The personality she gave off was this ditzy blonde so we thought she may be prone to leaving ­something unlocked.’

Speaking in the documentary, he explained how the pair entered Paris Hilton’s home and were ‘shopping as though in a boutique.’ 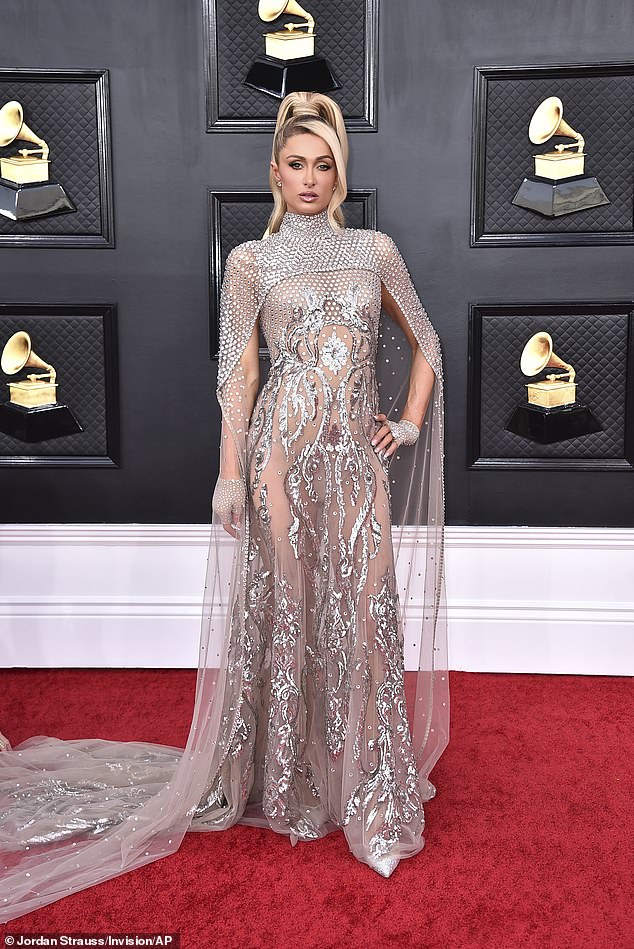 Showing little remorse for his crimes, he explained how he began by targeting Paris Hilton’s Hollywood home because she ‘gave off this ditzy blonde’ personality 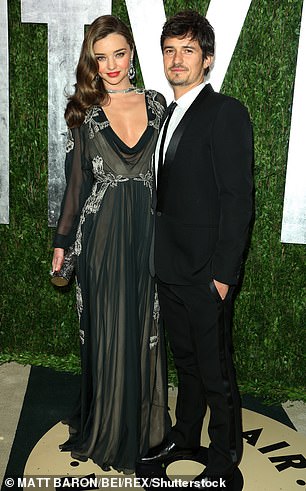 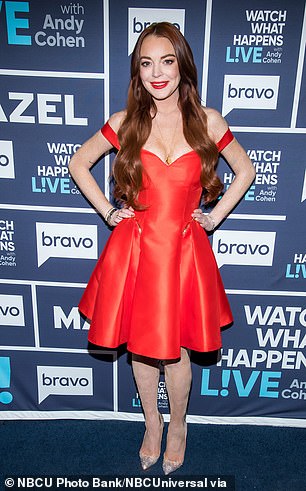 The gang went on to steal from Orlando Bloom’s then-home with Miranda Kerr, where he compared the robberies to being ‘at a high-end store’ (pictured left, the former couple together in 2013). Lindsay Lohan was another of the gangs’ victims (right)

He even explained how they began treating her property as a cash machine after repeatedly breaking into her home.

Prugo said: ‘We approach the door but this time it was locked, Rachel looks under the mat and there’s a f***ing key, like really? Now we have a key to access this whenever.

‘Between October and December we went five times. There were purses open with cash sticking out, hundreds and fifties, spare change from a night out. I felt like I needed it more than she did.

‘We were constantly going to Paris’ house, it was like our personal ATM, we always knew we would find a few grand.’

They later turned their attention to the homes of other celebrities, including Orlando Bloom’s then-home with Miranda Kerr.

He explained: ‘There were so many clothes, dresses, lingerie all with the tags on. It was almost like you are at a high-end store.

‘I took a ton of his clothes. There was 10 Rolex watches and five grand cash in an envelope.’

After months of robbing celebrities, the pairs luck ran out when they were caught on camera entering the homes of Lindsay Lohan and Audrina Patridge.

Prudo was arrested and jailed. He was given two years before being released one year later.

However he showed little remorse for his crimes, saying: ‘This happened, it’s not something I’m proud of but I did my time, I’ve learnt from it.’ 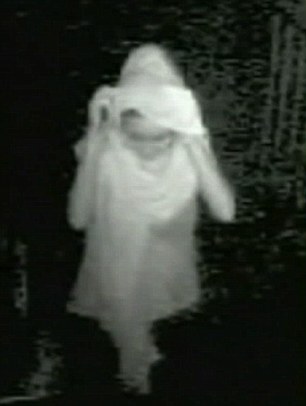 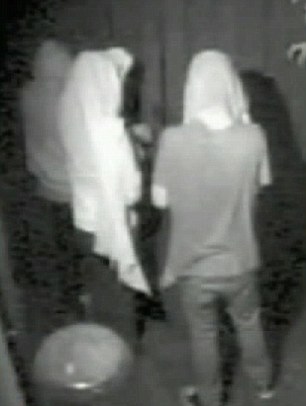 Caught on camera: Actual security footage of the thieves outside a celebrity home

In the film depicting the crimes, Prugo was depicted by actor Israel Boussad, whose character was called Marc.

Following the release of the film, Prugo told The Huffington Post that he was happy with how the movie turned out, after meeting with Coppola while she was writing the script.

He said all but one scene, which shows him wearing hot pink stilettos stolen from Hilton’s home, occurred in real life.

He has also said that the robberies start to help fund his cocaine habit, which was not shown in the film. 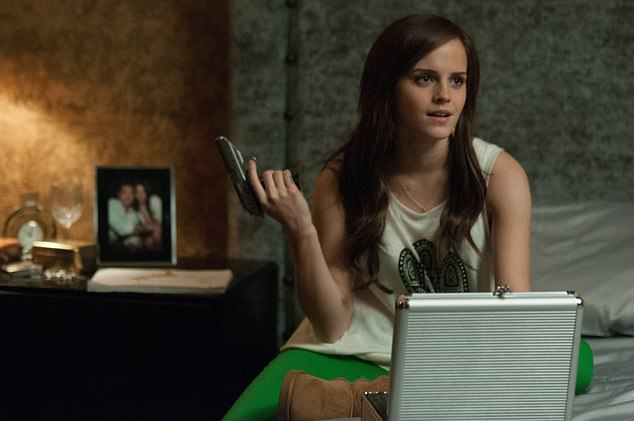 In the film depicting the crimes, Emma Watson played Nicki, one of the teenagers within the criminal gang

The movie was based on a Vanity Fair article written by Nancy Jo Sales, The Suspects Wore Louboutins.

Prugo was released from jail in April 2013 after serving 12 months.

His two-year sentence was reduced was cut in half for ‘good time’ and ‘work time’ credits.

He was later arrested for breaking parole after it was found he had left California.

In 2016, he pleaded guilty in a Los Angeles courtroom to a misdemeanor count of stalking Dawn DaLuise, 57.