By Ian Whittell for MailOnline

Hull supporters’ old year ended with the dream news that Turkish businessman Acun Ilicali is on the verge of taking over but the new one opened with a Gary Madine penalty adding to their relegation woes.

Madine struck a flawless spot-kick on the half-hour, hard, high and straight down the middle, after Jacob Greaves was judged to have tripped Josh Bowler just inside the Hull area.

That dampened the celebratory mood among the travelling fans who saw their team back in action after two Covid-19 postponements.

TV mogul and entrepreneur Ilicali announced live on his country’s version of ‘The Voice’ that his £30million takeover is imminent on New Year’s Eve. 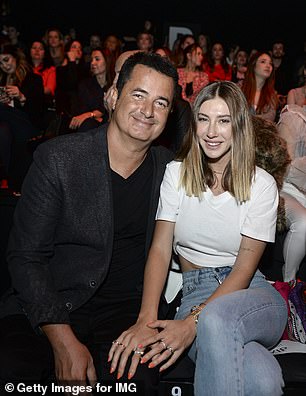 Sources now claim the 52-year-old could have the takeover paperwork lodged with the Football League by Tuesday, assuming current unpopular owners the Allam family sign off on an end to their 11-year control.

And Ilicali, who previously held an interest in Dutch club Fortuna Sittard, hopes to be in control by the time Hull host Everton in the FA Cup next Saturday.

Madine’s was the only goal of a lively first half in which Hull, who had as many as 20 Covid cases in their camp over Christmas, looked to start the new year with a bang on and off the field.

Home keeper Dan Grimshaw was sharp after 10 minutes, keeping out Josh Magennis as he bore down on goal, then saving George Honeyman’s follow-up.

And the Blackpool No 1 also did well to turn a well-hit long-range effort from Keane Lewis-Potter around his post as the visitors looked for an equaliser.

Hull sub Tyler Smith also missed a good opening in first half injury-time, flicking an effort wide after racing through. 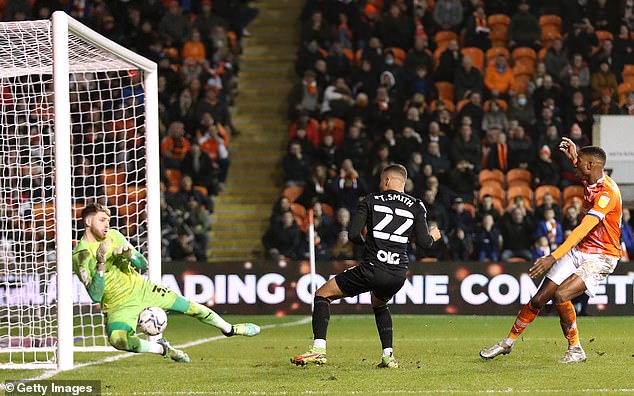 But Blackpool, and Keshi Anderson in particular, had chances of their own to increase their advantage after the opener, with the winger wasting a couple of promising chances late in the first half.

There was an opportunity for the lively Bowler soon after the restart, which forced Hull keeper Nathan Baxter into a solid block with Anderson blasting the rebound over from an offside position.

And Madine should have done better after 63 minutes but headed down and wide following a pacy attack and cross from Anderson.

In a grandstand finish by the visitors, Grimshaw preserved the win with vital blocks to deny Smith and Randell Williams from close range.