EXPRESS INFORMER > Travel > Black Friday travel deals are not offering the savings that are promised, warns Which?

Travel deals offered as part of the Black Friday sales hype do not offer the savings that are promised, it has been revealed.

Promises of discounts from airlines like Ryanair, easyJet, Norwegian and Tui are either exaggerated or non-existent, according to research by experts at Which?

A host of businesses try to use the publicity around Black Friday, which is the discount day imported from America that falls on the last Friday of November, to boost sales.

Promises of discounts from airlines like Ryanair, easyJet, Norwegian and Tui are either exaggerated or non-existent, according to research by experts at Which?

Historically, the deals centred on household appliances, TVs, Christmas gifts and gadgets, but many other businesses and services have jumped on the bandwagon.

Which? Travel has issued a warning about the savings offered by airlines and holiday companies after assessing what they did last year.

For example, Ryanair offered 25 per cent off one million seats purchased by midnight on Black Friday for travel between January and April 2019.

However, Which? said: ‘While this might have sounded inviting, none of the flights checked were any cheaper on Black Friday than they were when checked two weeks later.

Researchers also found little availability on the ‘deals’. Out of 10 Ryanair flights, only six routes were available at the headline sale price offered on Black Friday. 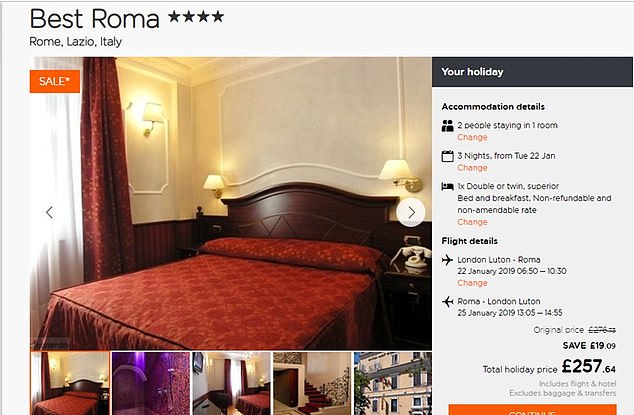 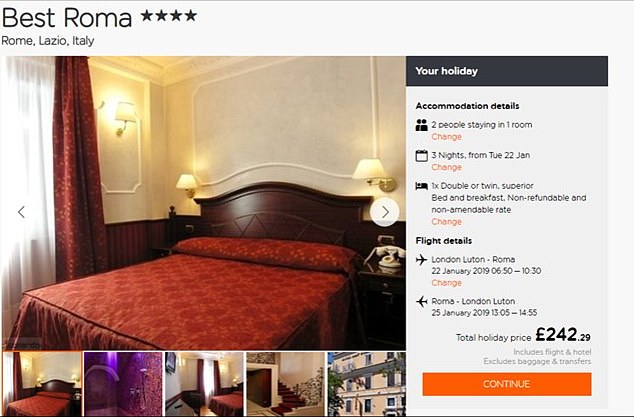 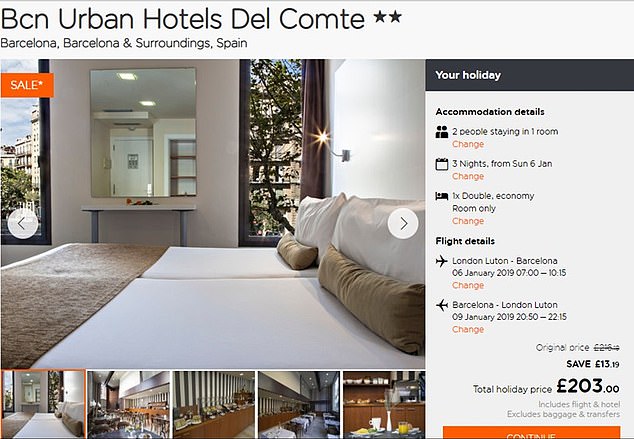 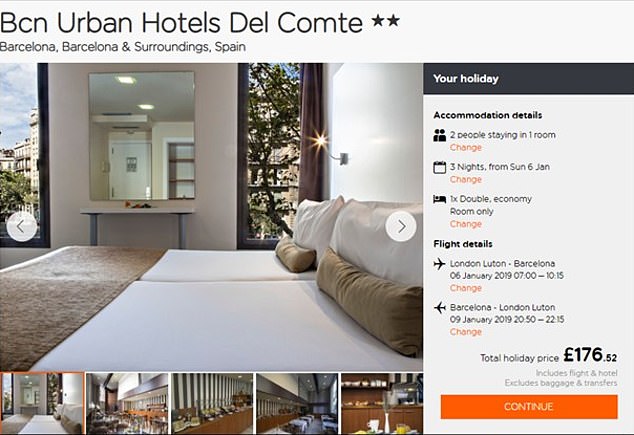 Another example from easyJet showed a holiday to Barcelona as being £203 on Black Friday and £176.52 two weeks later

Most strikingly, a sale flight from London Stansted to Barcelona, advertised at £4.88, did not appear to exist at all for the dates advertised.

EasyJet’s Black Friday sale claimed travellers could save £50 on 60,000 short city breaks, but out of the 21 holidays that Which? Travel investigated, eight were cheaper just two weeks later.

One three-night trip from London Luton to Barcelona in January 2019 was only £26 cheaper, making it some 13 per cent less than the Black Friday ‘deal’ price of £203.

Norwegian Air advertised Black Friday discounts ‘up to 30 per cent off short-haul fares and 15 per cent off long-haul fares’. However, researchers found the average saving was just £6.

The biggest saving, almost £24, was for a flight from London Gatwick to Buenos Aires, which if purchased on Black Friday cost £226. This was a saving of just 10 per cent off the price available a week later.

Tui offered discounts codes worth £100 or £150 off selected breaks but these codes failed to work on two of the five holidays that Which? looked at.

An all-inclusive week in Lanzarote, flying from Birmingham, with a discount of £100 was actually only £32 cheaper than the price available two weeks later.

The consumer group is urging people to think twice before buying a holiday or flight that is advertised as a Black Friday deal this year and to not feel pressured by time-limited offers. 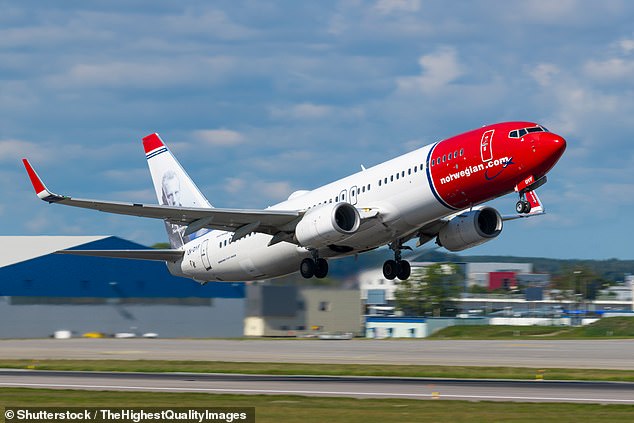 Norwegian Air advertised Black Friday discounts ‘up to 30 per cent off short-haul fares and 15 per cent off long-haul fares’. However, researchers found the average saving was just £6

The editor of Which? Travel, Rory Boland, said: ‘Nothing beats the feeling of saving hundreds on your next holiday, but that feeling can quickly turn to anger when you discover it would have been cheaper if you’d waited to book.

‘Our research reveals that Black Friday travel deals aren’t always what they appear to be. Avoid disappointment by comparing prices and approach attention-grabbing saving claims with scepticism.’

A Norwegian spokesperson: ‘We pride ourselves on offering great value throughout the year and especially during our sales events such as Black Friday Weekend.

However, Which? said it did not think this was clear on the airline’s website.

Tui said: ‘Holiday pricing is very complex and there are many variables which have to be taken in to account.

‘These can contribute to price fluctuations from year to year or even throughout the year. We offer exceptional value for money and wherever possible, we offer discounts to our customers throughout the year, even in peak periods, as an incentive to book.

‘All codes are subject to minimum spend values for them to be applicable.’

Ryanair said: ‘Ryanair has the lowest fares in the UK – with an average fare of just £37 – and we continue to cut air fares (down minus five per cent this year), so there’s never been a better time to book and fly with Ryanair.

‘Ryanair complies fully with UK advertising laws. We expressly advertise that sale fares are subject to availability so it is not surprising that, by the time Which? eventually got around to checking the sale prices, some of the sale prices were no longer available.’

Easyjet has yet to respond to a request for a comment.