Duck! Black-and-white film of a snowball fight in France in 1896 is colourised and speed-adjusted to look stunningly modern

A black-and-white film capturing a group of men and women having a snowball fight in France in 1896 has been brought back to life in full colour for a 21st century audience.

The footage, which was originally filmed by the famous Lumière brothers Auguste and Louis, was speed-adjusted by the YouTube channel Nineteenth century videos back to life before being colourised by Joaquim Campa, 42, from Barcelona.

The original French film Bataille de boules de neige, also known as Snowballing, was a short silent film which depicted a group of individuals playing in the snow on a city street in Lyon.

A group of men and women have a snowball fight on a city street in Lyon, France, in 1896 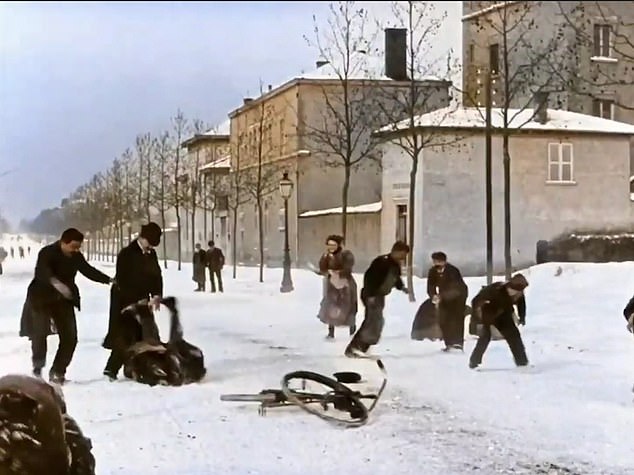 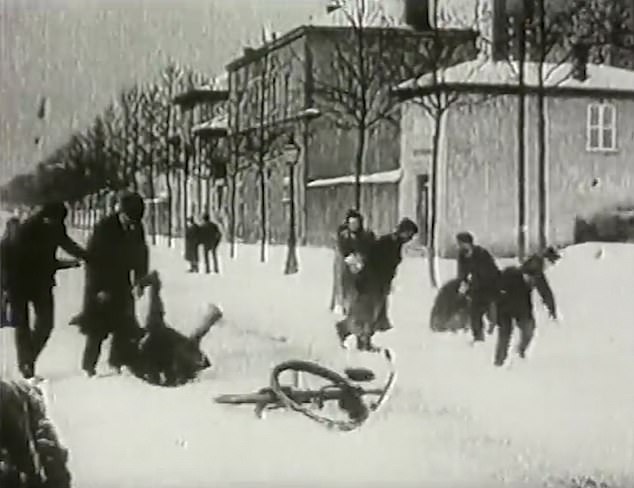 During the clip, revellers, dressed in winter coats and hats, pick up snow from the city streets and throw snowballs through the air at each other.

A passing cyclist is hit by a flying snowball and falls off his bike after losing control.

Mr Campa, who works as a HR Director for a Mobile Gaming Company in Barcelona, said he used the AI software DeOldify to restore the footage in just 15 minutes.

He told MailOnline: ‘I used the AI software called DeOldify, created by Jason Antic an American Developer, to colourise the images.

‘It took just 15 minutes because the software is automatic. It’s a hobby of mine.

‘When my wife and kids are sleeping I do my research of photos and videos and colourise them. The main part of my job is to colourise photos from my city.’

He added: ‘I decided to do because I love history and technology.’

In 1895, the Lumière brothers, Auguste and Louis, who were among the first filmmakers in the world, invented a cinematograph, which allowed an audience of more than one person to see a moving picture for the very first time.

The cinematograph was an immediate success – and the brothers eventually went on tour with a series of ten short French films, each lasting about 50 seconds long.

The device was used by the brothers to film the original short film Snowballing on a 35mm movie film which became the standard.

It was among the first movies ever created and followed The Horse In Motion in 1878, Roundhay Garden Scene in 1888 and the Arrival of a Train 1895. 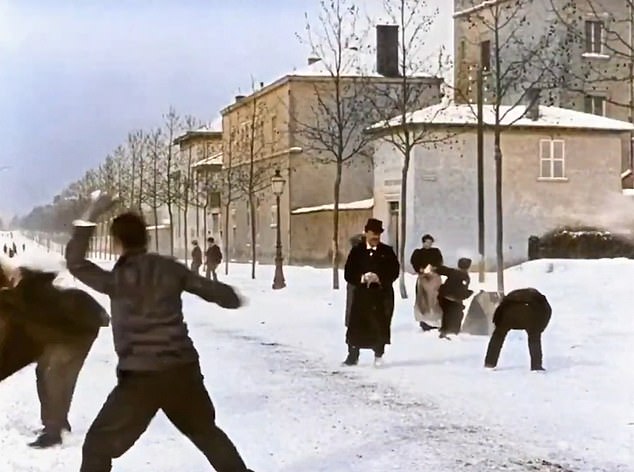 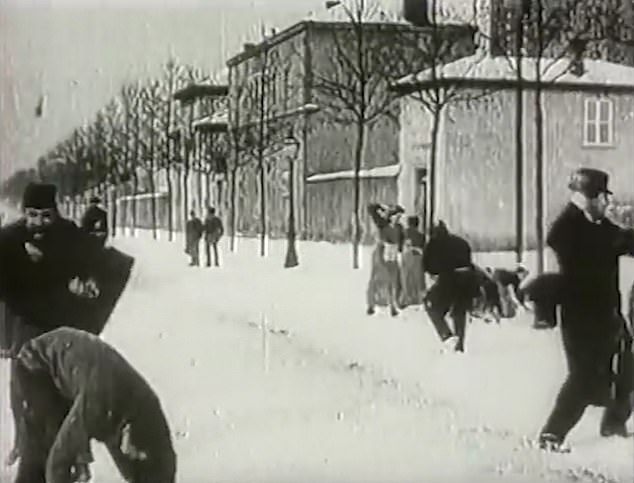 The footage, which was originally filmed on n cinematograph, was colourised by Joaquim Campa using the AI software DeOldify 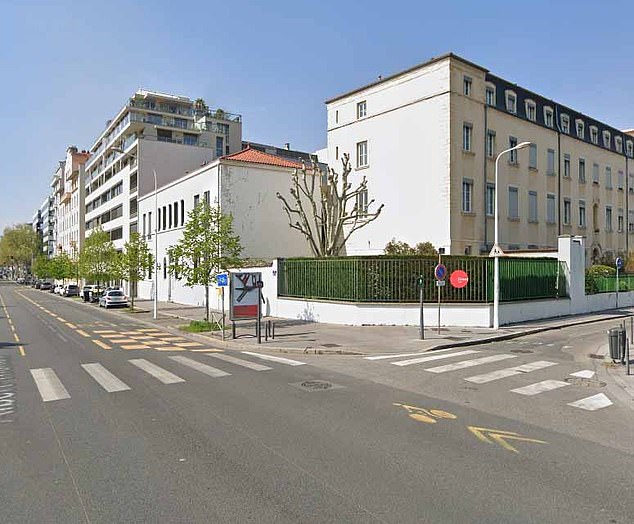 Despite their success, the brothers did not believe that the film industry was one that would be long lasting and were once quoted as saying: ‘The cinema is an invention without any future.’

The brothers later decided to focus their attention on the development of colour photography – and before long, they’d patented their own process – the Autochrome Lumiere.

The process involved the construction of a glass disk dotted with tiny dots of potato starch dyed red-orange, green, and blue-violet, appearing like a mosaic.

Over a long period of exposure, the light being reflected through the colored starch would be impressed on the printed photo, and would relay what appeared in real life.

The colourised version of Snowballing can be seen on Joaquim Campa’s Twitter page.