YouTube sensation JiDion has managed to successfully upstage Aussie tennis star Nick Kyrgios during his quarter final at the US Open.

In bizarre scenes, the online identity left tennis fans in the grandstand at Arthur Ashe Stadium stunned after getting a haircut early in the second set.

Tournament officials were not impressed, with JiDion escorted from centre court at Flushing Meadows following his stunt. 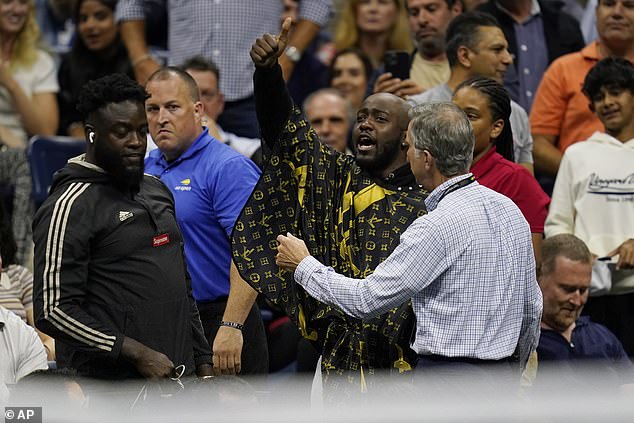 Tennis officials didn’t see the funny side of his prank, with JiDion escorted from the venue

It also isn’t the first time JiDion and hair clippers have appeared hand in hand at a sporting event.

Earlier this year, he got a trim during the fourth quarter of an NBA game between the Dallas Mavericks and Minnesota Timberwolves in Minneapolis.

US tennis legend John McEnroe couldn’t believe what he was seeing, with JiDion sporting a Louis Vuitton cape before he was booted from the New York venue.

‘Seems like a weird time to do that,’ the man they call ‘Superbrat’ said in commentary. 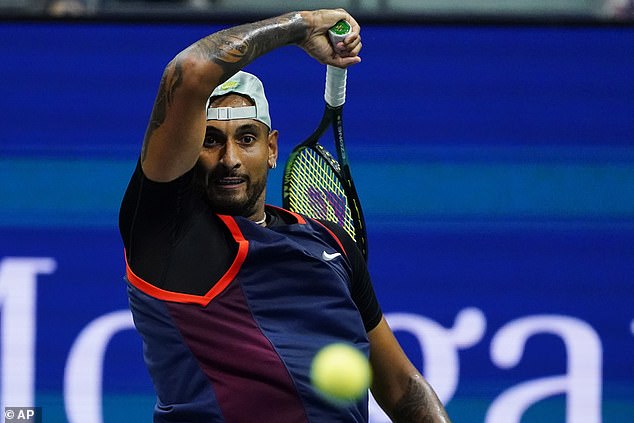 The YouTube star, who has more than 5.8million subscribers, is famed for his vlog and prank-style videos.

He first started uploading online in 2018, and his popularity is increasing each year due to the extreme nature of the clips.

Last month he was arrested in France and later confirmed to his followers police were trying to hit him with an ‘arson charge’ due to him lighting a candle in an iHOP bathroom.

In January, JiDion was indefinitely banned from the popular platform Twitch after launching hate raids against fellow streamer Pokimane.