Fans at the Australian Open have been noted for their outlandish behaviour by tennis’s straitlaced standards in recent years – and now one spectator might have outdone them all by getting his head shaved in the middle of a match.

The bizarre sight was recorded during American star Frances Tiafoe’s victory over China’s Shang Juncheng on Wednesday night, with the footage showing the young fan sitting calmly as another spectator shaves his head with a pair of clippers.

Amused commenters called the video ‘peak Straya’ and ‘more interesting than the tennis’ when it was posted online.

The freshly shorn fan was treated to a clinic by Tiafoe, who smashed through Shang’s defences to record a 6-4 6-4 6-1 victory against the 17-year-old. 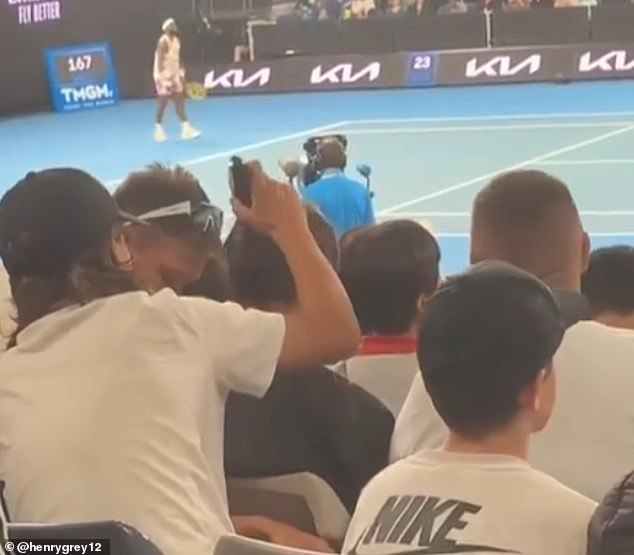 Strange as it was, the impromptu crew cut didn’t appear to attract attention from security or the players on the court – but the same can’t be said for what several other fans have been getting up to at the Open this year.

Novak Djokovic had an angry exchange with the umpire during his win on Thursday night as he asked for an apparently drunk fan wearing a Where’s Wally costume to be thrown out of the stadium.

‘You know who it is. The guy is drunk out of his mind. From the first point he has been provoking.

‘He is not here to watch tennis. He just wants to get in my head. 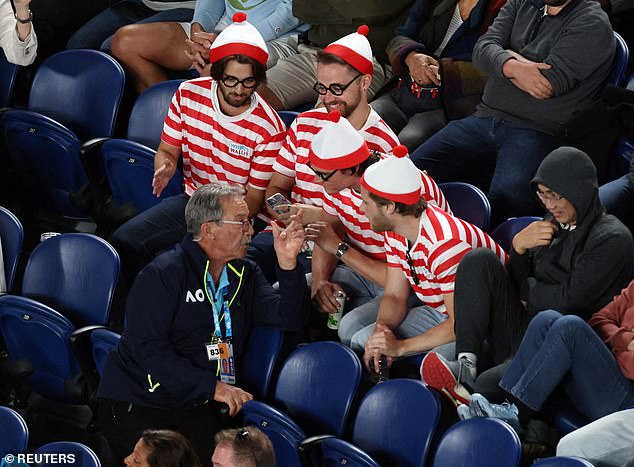 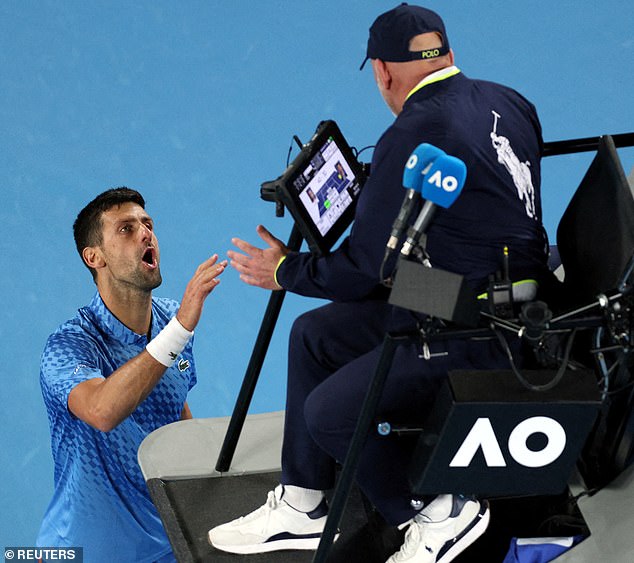 ‘So I am asking you, what are you going to do about it. You heard him at least 10 times. I heard him 50 times.

‘Why don’t you get security guards, get him out of the stadium?’

It was far from an isolated incident, either.

On Wednesday night three British fans who appeared to have been drinking were booted from an outside court after directing foul-mouthed chants at their countryman Cameron Norrie’s opponent, Frenchman Constant Lestienne.

Some of the chants from the trio of British ‘fans’ included ‘You’re just a s*** Andy Murray ‘ and ‘Lestienne’s going home’.

That same day Canada’s Denis Shapovalov had a heated exchange with the umpire about an annoying fan he said had consumed ‘a beer too much’ before telling the spectator to shut up.

On top of that, Russian former world No.1 Daniil Medvedev told a spectator to ‘f**k off’ when he was heckled in his first-round victory over Marcos Giron.