Treasurer Josh Frydenberg made sure his campaign launch for the Melbourne seat of Kooyong was a memorable one, with two very unexpected moments on Sunday.

In what will probably go down in political history as one of the most bizarre ever incidents at a Liberal Party launch, one of Mr Frydenberg’s supporters entertained the attendees with scarily accurate bird impressions.

And then Mr Frydenberg revealed the mother-in-law of his independent rival Monique Ryan told him she’ll be voting for him.

But when you are running as the underdog, as the Treasurer claims he is, then every bit of publicity helps.

Phil Elwood, the bird man of the Liberal Party, is a volunteer on Josh Frydenberg’s campaign

The Kooyong launch was treated to an impression of a kookaburra by Phil Elwood, the bird man of the Liberal Party.

He followed that fine impression with one of a sulphur-crested cockatoo.

Mr Elwood, who is a volunteer on Mr Frydenberg’s campaign is confident of success. ‘I know the Liberals will win because of Josh,’ he said.

They met 10 years ago, when Mr Frydenberg dropped off Christmas hampers at Servants Community Housing in Kew where Mr Elwood was living.

He reportedly had a difficult life when he was younger, but has turned his life around.

In the other surprising moment of Mr Frydenberg’s launch, he revealed that he has an unexpected vote in the bag.

‘I said, “That’s very nice”. And she goes “I’m Monique Ryan’s mother-in-law”,’ he said to loud laughter from the Liberal faithful.

With polling showing he is in danger of losing his seat to Ms Ryan, he will need every vote he can get. 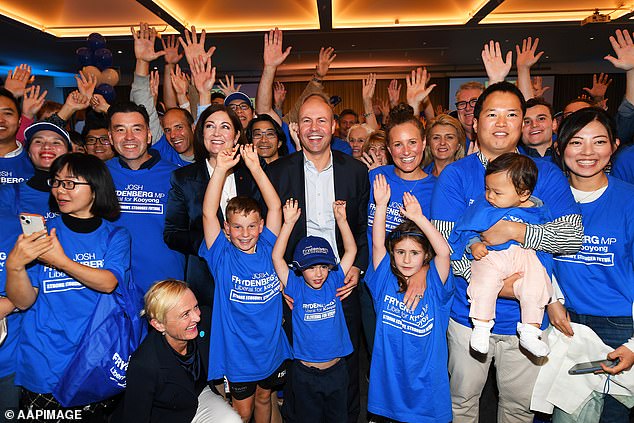 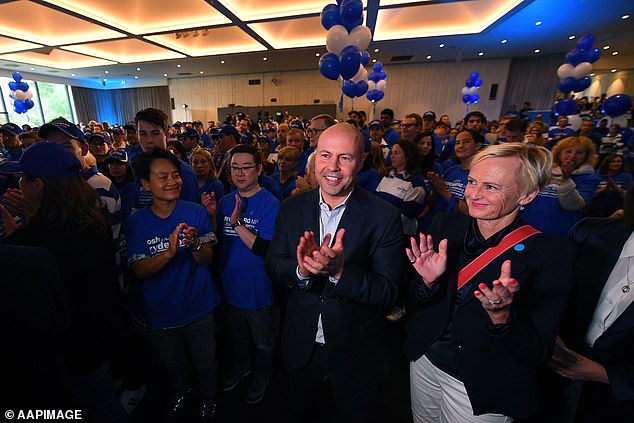 A sign of Mr Frydenberg’s concern about losing a seat that has always been held by political conservatives is that he said on Sunday he is ‘not up against a true independent. I’m up against a political party.’ 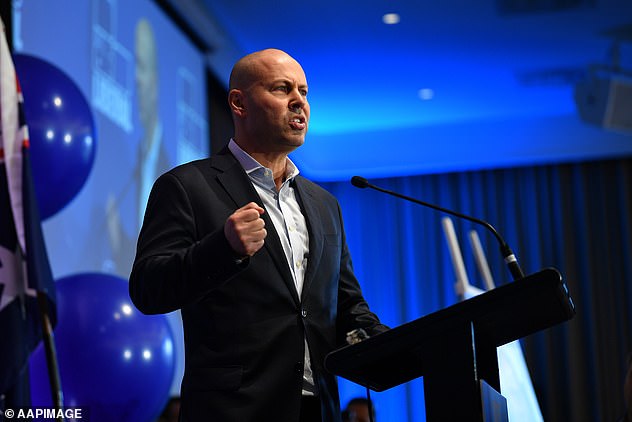 ‘I said this is the fight of my political life, and it is,’ said Josh Frydenberg (pictured)

But the Treasurer has since raised more money and has now shelled out more than $1million on advertising – twice the amount Ms Ryan has spent.

Mr Frydenberg warned in his campaign launch that ‘a hung parliament will bring chaos and confusion’ and voters should stick to what they know.

‘I said this is the fight of my political life, and it is.’