It was a dark day on Tuesday for traders of cryptocurrency as every major digital coin suffered double-digit losses that wiped out some $400billion in market value – with Bitcoin falling the hardest even as it was adopted as legal tender by El Salvador.

Bitcoin fell 11 percent on Tuesday after El Salvador became the first country to adopt the cryptocurrency as legal tender, though analysts said the Central American nation’s small population of 6.5 million made the rollout a ‘beta test’.

The rollout stumbled in its first hours and President Nayib Bukele informed that the digital wallet used for transactions was not functioning.

Meanwhile, the value of Bitcoin plummeted early on Tuesday morning, dropping from more than $52,000 per coin to $42,000, before recovering about half of that loss – an example of the volatility that worries many.

Analysts said they were not surprised that Bitcoin fell despite El Salvador’s announcement, which was first revealed in June.

‘When this move was first announced, it didn’t have nearly as big of an impact on price as some may have expected it might, possibly because El Salvador’s population is less than New York City’s, but also because the announcement was light on details and people were on the fence about how this was going to be implemented,’ Leah Wald, the CEO at Valkyrie Investments, told CNBC.

The value of Bitcoin plummeted early on Tuesday morning, dropping from more than $52,000 per coin to $42,000, before recovering about half of that loss 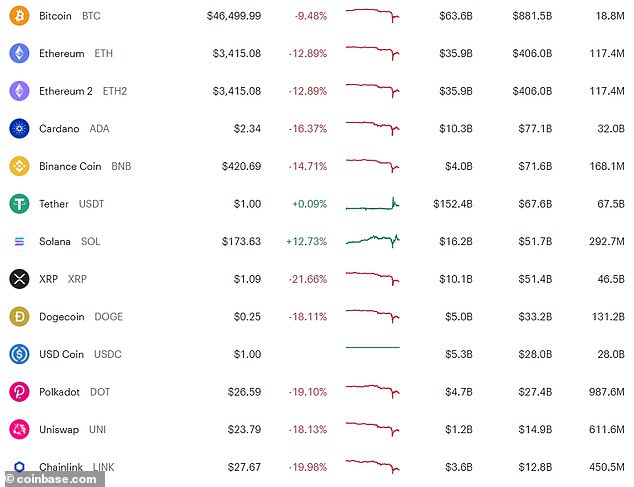 Other cryptocurrencies also saw their values dip in trading on Tuesday. Ethereum fell by nearly 13 percent 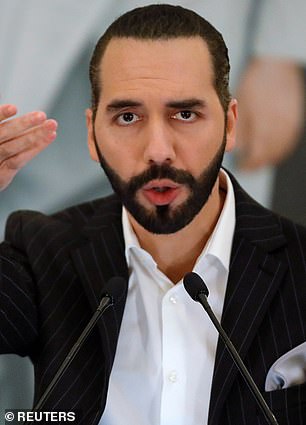 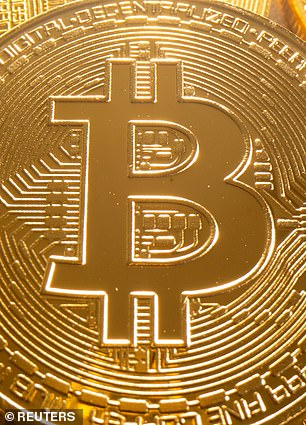 El Salvador became the first country to adopt Bitcoin as legal tender Tuesday, but the rollout stumbled in its first hours and President Nayib Bukele (left) informed that the digital wallet used for transactions was not functioning

Wald noted that El Salvador is a poor country and that many of its citizens don’t have internet or smartphones.

The real test of Bitcoin’s long-term durability will be whether other governments follow El Salvador’s lead.

‘What is most worth looking out for is whether or not neighboring countries in Latin America, or those elsewhere around the world, begin to adopt bitcoin as their national currency as well,’ Wald said.

‘Should this occur, that is when we could see a parabolic move higher, as the momentum gained from many millions more people having instant access to crypto should result in more adoption, more HODLing, and higher prices.’

HODLing is crypto community slang for the buy-and-hold investment strategy.

Other cryptocurrencies also saw their values dip in trading on Tuesday. Ethereum fell by nearly 13 percent.

Major cryptocurrency exchanges Coinbase and Kraken said they faced delays in some transactions on their platforms.

Coinbase said some transactions were delayed or canceled at ‘elevated rates’ and that ‘our apps may be experiencing errors.’

The exchange later said issues with Coinbase card swipes were resolved and that transactions were going through normally.

The Gemini exchange said it temporarily entered a full-maintenance period to address an exchange-related issue that caused performance trouble. 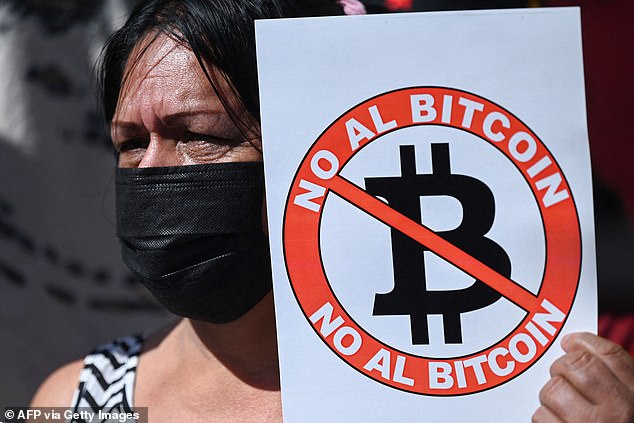 Anything related to cryptocurrencies appeared to suffer.

For part of the morning, El Salvador’s president became tech support for a nation stepping into the world of cryptocurrency.

Bukele marshaled his Twitter account – with more than 2.8 million followers – to walk users through what was happening.

Bukele explained that the digital state-run wallet Chivo had been disconnected while server capacity was increased.

The president said it was a relatively simple problem.

‘We prefer to correct it before we connect it again,’ Bukele said.

He encouraged followers to download the app and leave comments about how it was going.

The government has promised to install 200 Chivo automatic tellers and 50 Bitcoin attention centers.

The Associated Press visited one of the automatic tellers in San Salvador´s historic center, where attendants waited to help citizens, who initially didn´t show much interest.

Asked if he had downloaded the Chivo app, Emanuel Ceballos, said he had not. “I don´t know if I´m going to do it, I still have doubts about using that currency.”

José Martín Tenorio said he was interested in Bitcoin, but had not downloaded the app either.

In Santa Tecla, a San Salvador suburb, young attendants were waiting to assist people at a help center.

Denis Rivera arrived with a friend because they had been trying to download the digital wallet app without success. 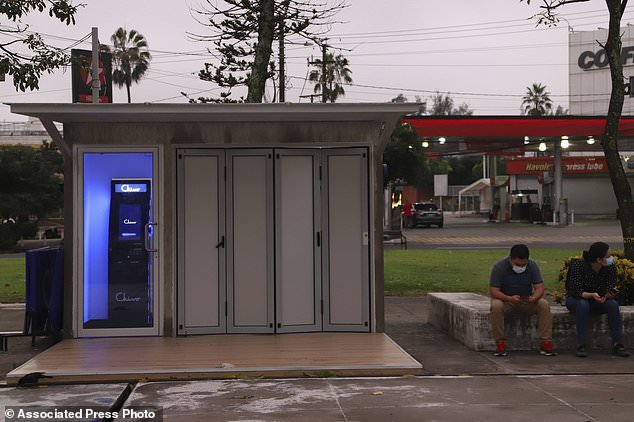 Government employees wait for the opening of the Chivo digital wallet machine, which will exchange cash for Bitcoin cryptocurrency, at Las Americas Square in San Salvador on Tuesday

He said he didn’t understand why some people ‘have been scandalized’ by Bitcoin.

‘We’ve been using debit and credit cards for years and it’s the same, electronic money,’ he said.

He was in favor of it and planned to use the $30 offered by the government as an incentive to try it out.

‘I’m going to see how efficient it is and practical it can be and based on that decide if I keep using it or not.’

José Luis Hernández, owner of a barbershop in the area, came looking for information.

‘I have a small business and I want to know how to use the application and how are the rates and all of that,’ Hernández said.

Three face-to-face public opinion surveys performed recently showed that most Salvadorans did not agree with the government’s decision to make Bitcoin legal currency.

Bukele has been an enthusiastic cheerleader for the cryptocurrency. His country made history Monday when it bought its first 200 bitcoins, becoming the first known nation to do so. It later bought an additional 200 bitcoins, bringing its total investment Monday to about $21million based on its value at the time of the acquisition

Bitcoin joins the US dollar as El Salvador’s official currencies.

In June the Legislative Assembly enacted the Bitcoin law, and the Central American Bank for Economic Integration is providing the government with technical assistance.

The law says that Bitcoin can be used for any transaction and any business with the technological capacity to do so must accept payment in the cryptocurrency.

The government will back Bitcoin with a $150million fund. To incentivize Salvadorans to use it, the government offered $30 worth of credit to those who use Chivo.

Critics have warned that the currency´s lack of transparency could attract increased criminal activity to the country and its wild swings in value could quickly wipe out users´ savings.

David Gerard, author of Attack of the 50 Foot Blockchain, said Tuesday’s volatility likely had little to nothing to do with El Salvador.

‘That sort of price pattern, where it crashes hugely in minutes then goes back up again, is usually one of the big guys burning the margin traders.’

Because Bitcoin is so thinly traded, it could also have been a big holder making a large sale to have cash, thus sending the market for a ride, Gerard said.

Bukele has said the cryptocurrency – originally created to operate outside government controlled financial systems – would help attract investment and save Salvadorans money when they transfer earnings in the United States back home to relatives in El Salvador.

But its use would be voluntary.