Panic tore through the cryptocurrency market yesterday as one of the sector’s biggest firms teetered on the brink of collapse.

On a day of carnage for the industry, bitcoin crashed 20 per cent towards $23,000, its lowest level for 18 months.

The digital currency, the largest in the world, has lost two-thirds of its value since peaking at $68,000 in November last year.

Crypto crash: On a day of carnage for the digital currency industry, bitcoin crashed 20% towards $23,000, its lowest level for 18 months

Ethereum, the world’s second most valuable digital currency, fell another 30 per cent and is down 75 per cent since its peak.

The company’s own digital currency, known by its CEL ticker, plunged 55 per cent in the wake of the suspension as investors feared it could be on the brink of insolvency.

As the chaos spread, crypto exchange Binance then blocked users from accessing their bitcoin holdings.

Data from the Financial Conduct Authority (FCA) published a year ago estimated around 2.3m UK investors owned cryptocurrency, equivalent to 4.4 per cent of the adult population.

One in seven of those buying crypto during the pandemic borrowed money to do so.

Susannah Streeter, senior investment and markets analyst at Hargreaves Lansdown, said: ‘Red lines on a chart belie the financial pain which this loss of value is set to cause for millions of crypto holders.

‘It’s a stark reminder that dabbling in the crypto Wild West is highly risky and investments in such assets should only be at the edges of a portfolio, with money you can afford to lose.’ 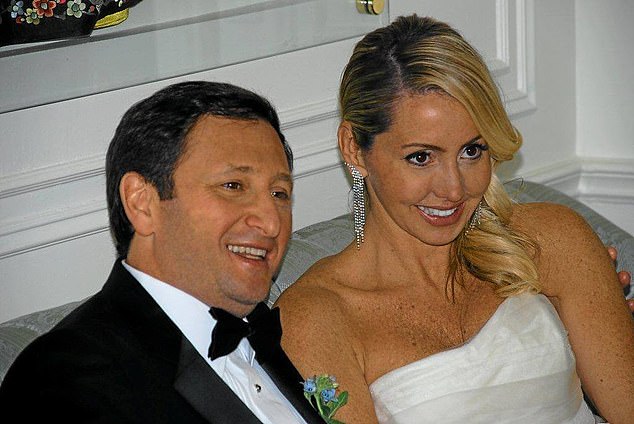 Celsius is a decentralised finance platform, meaning it allows its users to borrow or lend out their cryptocurrency in exchange for high rates of return.

The company said the move would put it in ‘a better position to honour, over time, its withdrawal obligations’.

Celsius – founded by tech entrepreneur Alex Mashinsky – is a major player in the crypto market, with around 1.7m customers, and as of last month held assets worth nearly £10billion.

The downturn has also been painful for shareholders in companies linked to the crypto industry. Nasdaq-listed digital currency exchange Coinbase fell another 9.6 per cent, taking losses since last year’s peak to nearly 90 per cent.

The latest volatility was fuelled by worse-than-expected US inflation data last Friday, sparking fears that soaring prices would be harder to dislodge than previously expected and paving the way for the Federal Reserve to hike interest rates.

‘As inflation proves to be an even trickier opponent to beat than expected, bitcoin and ether are continuing to get a severe bruising in the ring,’ said Streeter.

The value of digital currencies boomed during the pandemic as many people invested cash saved up during lockdown.

However, regulators repeatedly warned about the risks of putting money into the crypto market, most of which is unregulated.

Last month, the FCA repeated its warning that those who bought digital currencies ‘should be prepared to lose all the money’ they invested. The watchdog cautioned that crypto products were not protected by financial compensation schemes.