A woman is in critical condition in hospital after she was pulled from a pool in a Birmingham park.

Emergency services, including an air and land ambulances, rushed to the scene at Pype Hayes Park on Saturday afternoon.

An air ambulance was also seen landing in the park, which is a popular weekend destination for families.

West Midlands Police released a statement about the incident this evening. 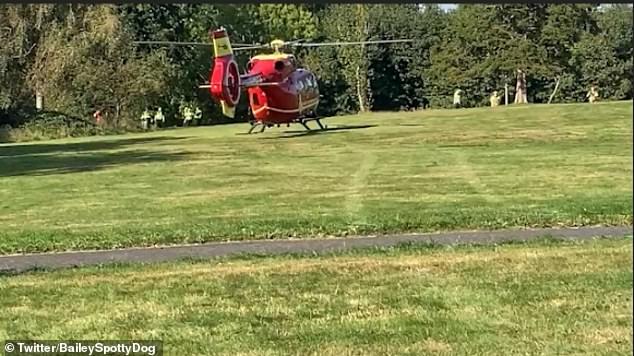 The woman is in critical condition in hospital after being pulled from the lake. An air ambulance was on the scene but it is not known if a patient was onboard

It read: ‘A woman has been taken to hospital in a critical condition after being pulled from the lake in Pype Hayes Park this afternoon.’

The incident is believed to have begun mid-afternoon on Saturday.

One woman who was walking in the park witnessed emergency services at the scene.

She said: ‘The air ambulance came and there were at least four of the larger ambulances.

‘They were all congregating around the pool.’

An air ambulance was also seen taking off from the park, but it is unclear if a patient was onboard. 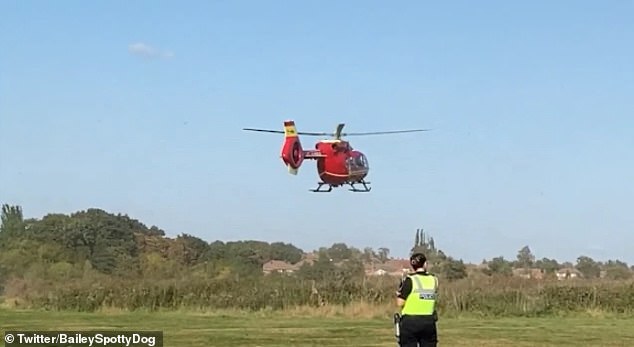 Police officers remained at the scene until around 4.30pm and all air ambulances had left the park by mid-afternoon

The park is one of the largest in Birmingham and straddles the border between Pype Hayes and Erdington.

Pype Hayes Park’s Facebook page said that there were delays on Eachelhurst Road earlier this afternoon following the incident.

Another post read: ‘Latest update, the woman pulled from the pond is alive but in a critical condition. Thoughts are with her and her family.’

A large number of police officers remained at the scene until around 4.30pm.

All the ambulances had also left the park by mid-afternoon.