Klarna has seen its valuation slashed by 85 per cent to less than £6billion as investor enthusiasm towards technology firms continues to wane.

The buy now-pay later (BNPL) business, once Europe’s most valuable privately owned fintech companies, pulled in £673million of new money in its most recent funding round.

But that investment valued Sweden-based Klarna at just £5.6billion – well below the £38.3billion valuation which it hit last June.

Tougher times: Klarna, Founded by Sebastian Siemiatkowski (pictured with wife Nina), has seen its valuation slashed by 85% to less than £6bn

The sharp fall in value comes as investors turn their backs on trendy tech companies, with Michael Moritz, chairman of Klarna, blaming ‘investors suddenly voting in the opposite manner to the way they voted for the past few years’.

The most recent funding round was backed by existing investors including Sequoia, Bestseller, Silver Lake and Commonwealth Bank of Australia.

Klarna’s founder Sebastian Siemiatkowski, 40, said it was a ‘testament to the strength’ of the business that it had been able to push ahead with the funding round despite the chaos caused by Covid, Russia’s war on Ukraine and the resulting cost of living crisis.

These factors, and worries that the global economy could be in for a rough ride over the coming years, have caused jitters among tech investors.

Businesses such as Facebook, Tesla and Amazon have all seen their shares plummet in recent months.

They were highly valued before the pandemic hit because investors expected them to perform well in the future.

But those expectations are slipping, amid sliding consumer spending and fears several major economies could be on the verge of recession.

If consumers continue to tighten their belts and struggle to repay their BNPL debts, this could prove calamitous for providers like Klarna which do not charge interest or late fees.

The lower valuation will come as a blow to Siemiatkowski, who is ranked number 951 on the Forbes billionaires’ index, with a net worth of £2.7billion. 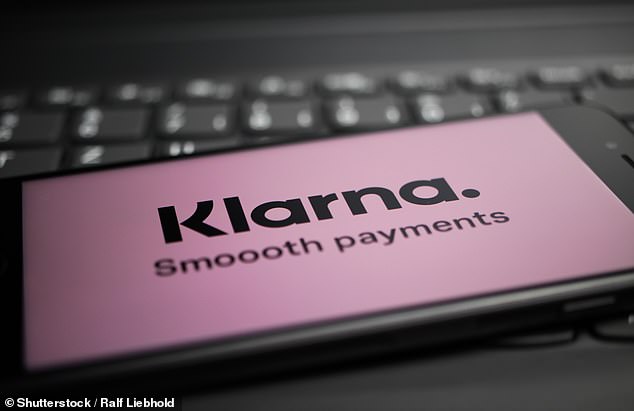 Klarna, once Europe’s most valuable privately-owned fintech companies, pulled in £673m of new money in its most recent funding round

He founded Klarna during business school in the early 2000s with his friends Niklas Adalberth and Victor Jacobsson.

He had been considering a float of the business on the London Stock Exchange, and told the Mail last year that he was weighing both London and New York’s markets.

But the lower valuation could put those plans on ice, Klarna’s valuation, though much reduced from last year, is still three times higher than it was in 2018.

The company was keen to point out that its peers have also fallen in value by between 80 and 90 per cent from their peak.

Moritz, who is also a partner at Sequoia, added: ‘Eventually, after investors emerge from their bunkers, the stocks of Klarna and other first-rate companies will receive the attention they deserve.’