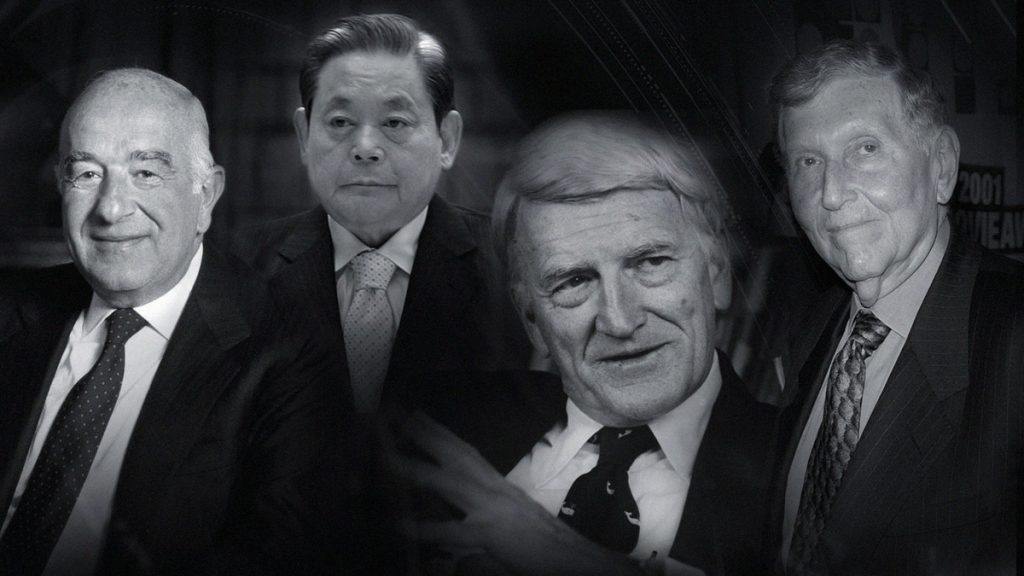 The events of 2020 left an indelible mark on the world, as no region was unscathed by the ongoing pandemic. According to WHO estimates, close to two million people lost their lives this past year due to COVID-19. However, unsurprisingly, no billionaires’ names were on the virus’ casualty list. That said, sixteen billionaires died in 2020, which is seven less than in 2019.

Below, we list ten people who had a net worth of over a billion dollars before departing this earth in 2020.

Died: December of 2020, at the age of 82, of natural causes
Citizenship: Brazil
Estimated net worth: $23.3 billion

Joseph Safra was a Swiss-based Lebanese Brazilian who was the world’s wealthiest banker. Born in Beirut to Sephardi Jewish parents, in 1952, the Safra family moved to Brazil. Banking was their trade, and Joseph excelled in it. In the 1960s, along with father Jacob, he founded Banco Safra, which currently ranks sixth in total assets amongst Brazil’s financial institutions. It is part of the Safra Group, of which Joseph was chairman. He also owned 50% of banana grower Chiquita Brands International and was involved in numerous other business ventures.

Sheldon Adelson was an American businessman, political donor, and philanthropist. Though he invested in dozens of businesses over his 70-year entrepreneurial career, most of his billions came from the gambling industry. In 1988, Adelson purchased the Sands Hotel and Casino in Las Vegas. In 1999, he extended his Sin City operations by opening the Venice-themed resort hotel and casino – The Venetian, launching the mega-resort trend. His gambling moves post-2000 consisted of branching off into Macau and Singapore. In the last two decades of his life, he vehemently lobbied against regulating online casinos for Americans and was famous for his anti-drug stances, support of Israel, and generous contributions to the Republican Party.

Lee Kun-hee was the third son of Lee Byung-Chul, the founder of Samsung. This South Korean businessman is best known for his two tenures as chairman of the Samsung Group. The first from 1987 to 2008, and the second, from 2010 until his passing. Analysts believe that he is responsible for transforming the conglomerate into the largest manufacturer of televisions and smartphones. His public image got marred by two convictions connected to corruption and tax evasion. For both, he received presidential pardons. Since 2007, he has held the top spot as South Korea’s richest person.

Whitney MacMillan was the CEO of Cargill from 1976 to 1995. He was the great-grandson of William Wallace Cargill, who founded the company in 1865. Cargill is a global food corporation based in Minnesota, and it is the largest privately held corporation in the US in terms of revenue. During MacMillan’s tenure as CEO, Cargill’s annual turnover increased three-fold, becoming the world’s largest grain company. He was the director of the Western NIS Enterprise Fund, a teacher at the University of St. Thomas Graduate School of Business, and he served on boards of directors of several philanthropic organizations.

Died: August of 2020, at the age of 88, of an undisclosed illness
Citizenship: USA
Estimated net worth: $4.7 billion

Randall Rollins was a Georgia businessman, chairman of the largest pest control conglomerate in the US – Rollins Inc. He was the son of Orville Wayne Rollins. Who, along with his younger brother John, founded Rollins Broadcasting in 1948. Rollins Broadcasting later grew into Rollins Inc. Randall served as director of Dover Motorsports and Dover Downs Gaming and Entertainment. He was also the chairman of the Marine Products Corporation and RPC, Inc. He frequently donated to multiple Atlanta-based charitable organizations and established the Rollins School of Public Health.

Sheldon Henry Solow was a New York real-estate mogul of Russian descent. He began his career in the 1950s by developing homes and a shopping center in Long Island, New York. In the 1960s, Solow switched to developing luxury apartments on Manhattan’s Upper East Side. In 1974, he built the Solow Building, a 50-story high-rise. It now ranks as one of the most valuable office buildings in the state. In 2006, he bought land near the United Nations headquarters for $600 million to build – One United Nations Park, a condominium tower, which took nearly two decades to complete. Solow was an avid art collector and was married to the jewelry designer Mia Fonssagrives-Solow.

Sumner Murray Redstone was a media magnate and the majority owner of the National Amusements theater chain. Until 2016, he served as executive chairman of both Viacom and CBS, and right up until his death, he remained a majority voting shareholder of the conglomerate ViacomCBS. Throughout his life, Redstone contributed to numerous philanthropic causes. His total donations amounted to over $150 million. As a Harvard law graduate, he famously gave $10 million to the Harvard Law School for public-interest fellowships and $18 million to the Boston University School of Law.

Saleh Abdullah Kamel was a Saudi businessman and the founder of the Dallah al Baraka Group. The group is a conglomerate that focuses on the banking, transportation, healthcare, and real estate sectors. Often referred to as the father of contemporary Islamic finance, Saleh graduated from the University of Riyadh in 1963 with a commerce degree. He was the recipient of numerous business awards and acted as chairman of the Islamic Chamber of Commerce and the Jeddah Chamber of Commerce and Industry. He also owned the ART TV network, the former licensed broadcaster for the FIFA World Cup in the Middle East. In 2009, beIN Sports, a subsidiary of the Al Jazeera Group, purchased the ART network.

Died: July of 2020, at the age of 93, of congestive heart failure
Citizenship: USA
Estimated net worth: $1.5 billion

Manuel Moroun was a Michigan businessman notable for owning the Ambassador Bridge that connects Detroit and Windsor. Constructed in 1929, it is the busiest North American border crossing, responsible for over 25% of the merchandise trade between Canada and the US. Moroun, whose father owned the Central Cartage Company (Central Transport), bought the bridge in 1979 from the Bower family, who financed its construction in 1929. Today, some estimate its worth at around $3 billion. Moroun also owned Michigan Central Station, which he sold to the Ford Motor Company in 2018.

Died: December of 2020, at the age of 39, due to possible poisoning
Citizenship: China
Estimated net worth: $1.3 billion

Lin Qi was a Chinese gaming tycoon who was the chairman of Yoozoo Interactive. Founded in 2009 in Hong Kong, Yoozoo is a developer and publisher of mobile games, mainly in the massive-multiplayer genre. It is one of China’s leading mobile game publishers, and it is world-famous for its 2019 RPG title, Game of Thrones: Winter is Coming. In 2014, Lin bought the rights to the sci-fi novel The Three-Body Problem. In 2020 Netflix announced plans to adapt the book into a TV series, with D.B. Weiss and David Benioff of Game of Thrones fame set to produce. Chinese authorities suspect that a 39-year-old colleague of Lin’s with the surname Xu poisoned Yoozoo’s chairman, who got admitted to a hospital two days before passing away, complaining of physical discomfort.