A billionaire oligarch whose former business partner is behind bars in Russia was killed when he mysteriously walked into the path of a Jaguar before being thrown under another car, a coroner heard.

Dmitry Obretetskiy was walking his dog Oscar when he was knocked down near his home in leafy Oxshott, Surrey.

It was unclear why the successful 39-year-old crossed the road in front of a car, but it was thought he was trying to regain control of his dog or misjudged the timings, a court heard.

The father-of-three was thrown off the bonnet of a luxury Jaguar and into the path of an unsuspecting BMW travelling in the opposite direction and later died of his injuries.

Dmitry Obretetskiy was walking his dog Oscar when he was hit by a car near his home if Oxshott, Surrey, on November 25 last year

Emergency services scrambled to the scene at 6pm and found Mr Obretetskiy lying with ‘reduced consciousness and a bleeding scalp’ before flying him to hospital on November 25.

A forensic collision investigator later discovered that the overseas business owner would have seen the headlights of the Jaguar for 11 seconds before the crash.

Detective Constable David Bloomfield said: ‘The Jaguar was travelling at 35mph in a 40mph zone.

‘Dmitry would have been able to see the lights of the Jaguar 11 seconds before it collided with him.

‘There were no vehicle defects and no evidence of third party involvement. It is not known why he moved in front of the Jaguar.

‘It is possible that Dmitry had started to crossed to the middle of the road when no one was coming and was waiting for a gap in the traffic but mistimed it.

‘It is also possible his dog ran into the road and he was trying to regain control of him.’

The mother of his children, Uliana Mishina rushed the St George’s Hospital, Tooting, London, and identified the tycoon following the crash.

She said: ‘We were never married, we had been in a relationship since 1997 and we had three children during our time together.’ 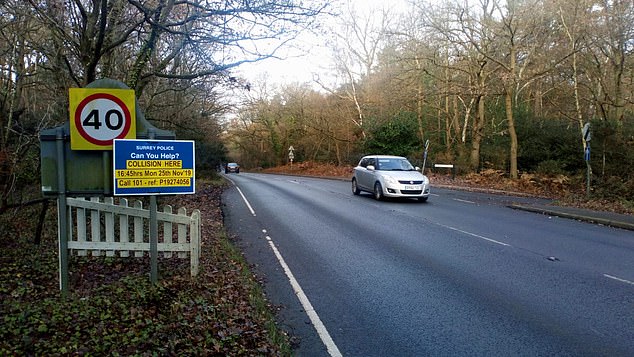 After five days in hospital, the billionaire’s long-term partner and three children were told about his poor prognosis before he died just after 8pm on November 30 last year.

Dr Jonathan Aron, an intensive care coordinator, confirmed how during his time in the hospital, Mr Obretetskiy remained deeply comatose after fracturing his skull, ribs and parts of his spine.

He added: ‘The family explained that Dmitry would have wanted to have become an organ donor but despite this, he rapidly passed away.’

Mr Obretetskiy was reported to have founded a household chemicals retail company and was owner of Magnat Trade Enterprise – official distributor for Mars, Nestle, and Procter & Gamble in Russia – making him billions.

Mr Obretetskiy’s son Ilya, understood to be aged 22 years, attended Millfield School and he also had two daughters at school in England.

The assistant coroner for Surrey, Dr Karen Henderson concluded that Dmitry Obretetsky had died in a road traffic collision after suffering a traumatic brain injury and polytrauma.

Sitting in Woking Coroners Court, she said: ‘For reasons that remain unclear, Dmitry crossed the road on November 25 2019 and was in a position to have been hit by a car and projected into the path of another car suffering injuries which were not survivable.’

The forensic collision investigator added: ‘At approximately 4.40pm, a driver of a Jaguar was driving northbound on the A24 on Warren Lane. At the same time, two further drivers of a BMW and a Tesla were travelling southbound. 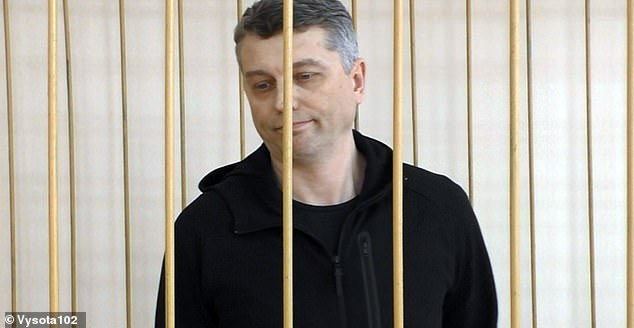 Reports from Obretetsky’s home city of Volgograd reveal he has been in business with a Dmitry Tozik, who is currently behind bars in Russia after being extradited from Belarus last year

‘Dmitry was crossing Warren Lane with his dog on the entrance to the free car park entrance in Oxshott. He has collided with the front of off side of the Jaguar and he was projected into the south bound lane and into the path of the BMW.’

The Russian businessman lived in Hamilton House, a £6million property on an exclusive estate in Oxshott. Former England and Chelsea captain John Terry also owns a property nearby.

Reports from Obretetsky’s home city of Volgograd reveal he has been in business with a Dmitry Tozik.

Tozik is currently behind bars in Russia after being extradited from Belarus last year over claims he conned his workers out of 26million roubles (£300,000).

He is charged with non-payment of 26 million roubles (£310,000) of wages to 600 workers and the deliberate bankruptcy of another company, Plant of Reinforced Concrete Products and Structures.

However it is not clear that Obretetsky was party to this dispute which involved a different company to the one he shared with Tozik.

Neighbours of Obretetsky’s grand Surrey mansion said after the incident that his family had left the property soon after news of his death emerged.

‘He regularly walked his dog Oscar and I’d be out with my own dog. We always said hello but it didn’t go much beyond that.

‘The road Dmitry was trying to cross is very dangerous. I lost my dog there about two weeks ago. I know Dmitry’ s family must be devastated by his loss. I’ve heard they are currently in Russia.’

Neighbour Samantha Statton, 25, who works as a housekeeper in a property close to Mr Obrestesky’s residence, said: ‘I was trying to get to the station on the day of the accident. 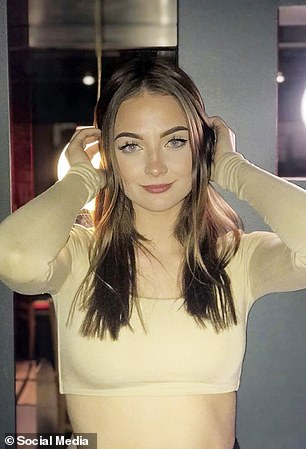 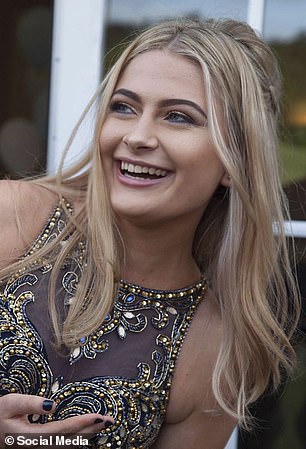 Mr Obretetsky is survived by his wife, son and two daughters Evelina (left) and Tatiana (right), who are active on social media 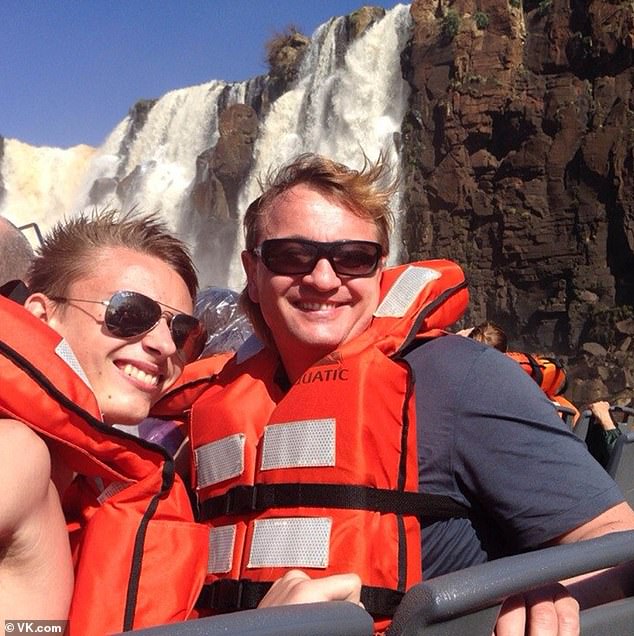 Obretetsky and his son were regularly pictured together on holidays around the world and at Chelsea matches, a club owned by fellow Russian oligarch, Roman Abramovich

‘There were police cars, fire engines and ambulances rushing around so I knew something serious had happened.

‘It wasn’t until a few days later that we were told that Mr Obretesky had been killed. I didn’t know him at all but saw him regularly walking his dog.

‘A lot of accidents happen on that road. The traffic moves fast and there’s no where safe to cross. The area around there is very popular with dog walkers but they really need to make it safer for people to get across the road.’

Obretetsky made his fortune in Volgograd after the fall of the Soviet Union before moving to Britain with his wife and children.

He founded a household chemicals retail company and was owner of Magnat Trade Enterprise, official distributor for Mars, Nestle, Procter & Gamble in Russia.

Obretetsky became an iconic hero with football fans in his homeland during Euro 2008 when he was pictured among a sea of Dutch fans waving a Russian tricolour flag in a quarter final game when Russia beat Holland 3-1.

Obretetsky’s consulting company LLC Advant said: ‘We know very little about what happened. Of course, this is a great loss and tragedy for all of us.’

His friend Mr Borovkov said that Obretetsky had created ‘one of the most civilised and European-like companies in our country’.

‘Dmitry was a man of diverse interests, he did not focus only on business.

‘We remember how at the famous quarter-final of the Euro 2008 football tournament he proudly, completely alone in a crowd of Dutch fans, held a large Russian flag with the inscription ‘Volgograd’.

‘He loved contemporary music – hard rock, was a fan of Ozzy Osbourne.’

He was ‘a wonderful friend and colleague, an understanding and friendly person’.

Despite living in Britain – close to several Chelsea stars, according to reports in Moscow – he often visited his homeland.

There had been criticisms of him for his employment methods and a report by Life said: ‘After his death, this business empire risks collapsing miserably, leaving thousands of ordinary residents of Volgograd unemployed.’

Obretetsky was married and his son Ilya, now believed to be 22, had attended Millfield School and is a UK citizen. He also had two daughters at school in England.

The curious cases of Russians dying or being attacked in Britain 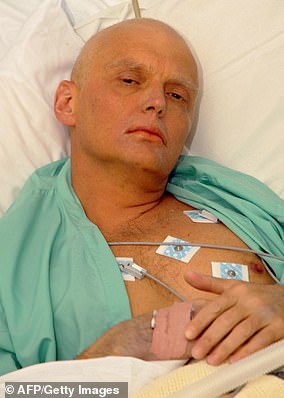 2006 – Ex-KGB agent Alexander Litvinenko was poisoned in London in 2006, a killing which a judge later said was probably approved by President Vladimir Putin.

The defector died after two agents slipped radioactive polonium 210 into his tea pot at a Mayfair hotel in central London.

The 43-year-old had been an officer with the Federal Security Service (FSB), but he fled to Britain where he became a fierce critic of the Kremlin. He died after an agonising six-day battle in hospital.

An inquiry found two Russian men – Andrei Lugovoi and Dmitri Kovtun – had deliberately poisoned Litvinenko by putting polonium-210 into his drink at a London hotel.

2008 – Badri Patarkatsishvili, a businessman and politician, was found dead at the Surrey mansion he owned.

Police, who initially described the death as ‘suspicious’, tested for radiation poisoning, but no traces were found. The case was closed.

Shortly before his death, the 52-year-old had spoken of an assassination plot, claiming that a hit squad of four Georgians had been sent by the Kremlin to London ‘to do something against me’, while secret tapes of a conversation between a Russian official and a Chechen hitman emerged in which they discussed how to make him ‘disappear completely’.

According to BuzzFeed, American authorities believes he was poisoned, triggering a cardiac arrest — a favourite Russian means of assassination.

2012 – Alexander Perepilichnyy, a key witness in a £140million tax fraud investigation, collapsed while jogging outside his £3million mansion in Weybridge, Surrey, in November 2012.

The Russian had ingested gelsemium – a very rare toxic plant found only in China, a coroner heard, although this was later questioned.

Tests carried out by leading botanist Professor Monique Simmonds of Kew Gardens found a chemical in Mr Perepilichnyy’s stomach that could come only from a variety of gelsemium – a known method of assassination by Chinese and Russian contract killers. 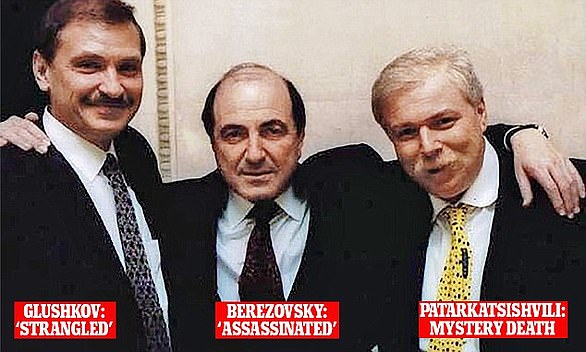 Nikolai Glushkov, 68, was discovered by his family late on Monday night at his suburban home in New Malden, Boris Berezovsky was found dead in England in 2013 and the death of Badri Patarkatsishvili is unexplained

2012 – German Gorbuntsov survived despite being shot several times with a sub-machine gun on the Isle of Dogs in East London.

The Russian banker allegedly had evidence relevant to the attempted murder of Russian billionaire Alexander Antonov.

2013 – Boris Berezovsky, was found dead in his in Berkshire bathroom with a ligature round his neck in March 2013.

His friends in the secret service say he planned to give Putin evidence of a plot involving oligarchs to topple the strongman in a coup.

A coroner recorded an open verdict saying he either took his own life or he was killed and the scene was staged to look self-inflicted.

2018 – Former Russian double agent Sergei Skripal and his daughter Yulia collapsed in Salisbury on March 4, 2018 after being poisoned with nerve agent Novichok.

The Skripals lived to survive, but another woman who was contaminated, Dawn Sturgess, died after she sprayed herself with what she thought was perfume.

Eight days after the attack, Prime Minister Theresa May told Parliament that two Russian spies had smuggled Novichok into the country to target the former spy Skripal.

2018 – Former Aeroflot deputy director Nikolay Glushkov was found apparently strangled in his home in New Malden, south-west London, a week after the Novichok poisoning of Sergei and Yulia Skripal in Salisbury.

The body of the 68-year-old Russian businessman, a close friend of Vladimir Putin critic Boris Berezovsky, was discovered by his daughter on March 12 last year.

His daughter Natalia said she found his body in a ‘trashy set-up of a suicide’. Speaking earlier this year, she said: ‘Not knowing how or why he was killed or who did it makes this even harder.’