It’s a tale of fabulous wealth and complicated romance worthy of a Jilly Cooper novel.

But the story of how a stunning billionaire had the perfect married life but blew it all up for a penniless hunk who worked as a topless butler is far stranger than fiction.

The protagonists are 31-year-old Louise Backstrom, a stunning socialite whose grandfather Sten Ake Lindholm is a Swedish hardware billionaire, and her husband Martin Wennberg – who won life’s lottery six years ago when he met Louise while working as a luxury watch salesman.

The couple fell in love, married in Sweden and later set up home in London where they became social hits, joining the most exclusive clubs, forging a friendship with the Duchess of Cornwall, and attending star-studded charity events.

The couple have two homes in Belgravia: a £15 million Eaton Square flat and a mega-mansion around the corner rumoured to be worth about £100 million.

They have also been known to rent a penthouse in the prestigious One Hyde Park apartment block in Knightsbridge.

The building is home to 86 luxury apartments with prices for sale starting at around £20million.

But a few months ago their perfect life turned sour when Martin, 33, invited his friend, the semi-professional rugby player Alex Hemsley over to the mansion to meet his family and have a swim in their large indoor pool.

Friends say Cambridge-born Alex caught Louise’s eye and the pair ended up forming a friendship of their own.

Alex, who played for Taunton Rugby Club, is known for his athletic physique and has moonlighted as a ‘butler in the buff’, a topless waiter, to make ends meet.

Alex, 32, now finds himself living in the mega-mansion with a real-life butler, one of a dozen staff employed by Louise, while Martin has been ‘reduced’ to living in the three-bedroom Eaton Square flat.

A source said: ‘Alex and Martin were friends but Alex took one look at that house and thought he’d love to live there. Helpfully, Louise fell in love with him and he edged Martin out of the marital home. Now Alex is living the dream instead.’ 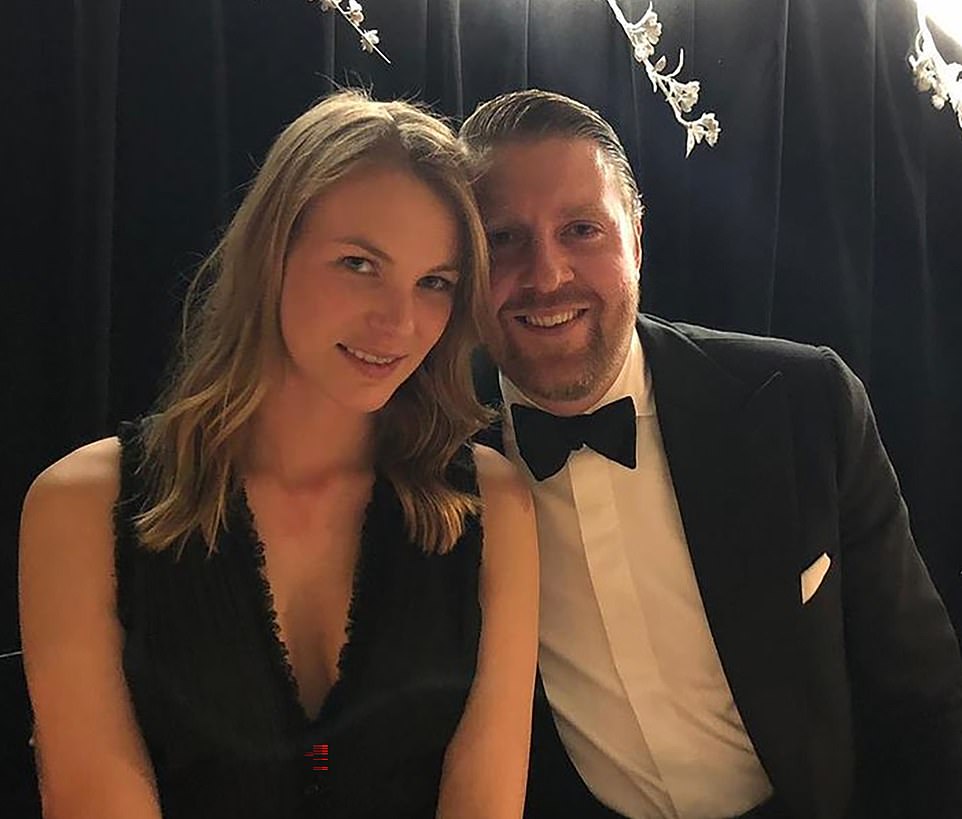 SPLIT: Louise with husband Martin. The couple fell in love, married in Sweden and set up home in London where they became hits, joining exclusive clubs, forging a friendship with the Duchess of Cornwall, and attending star-studded charity events 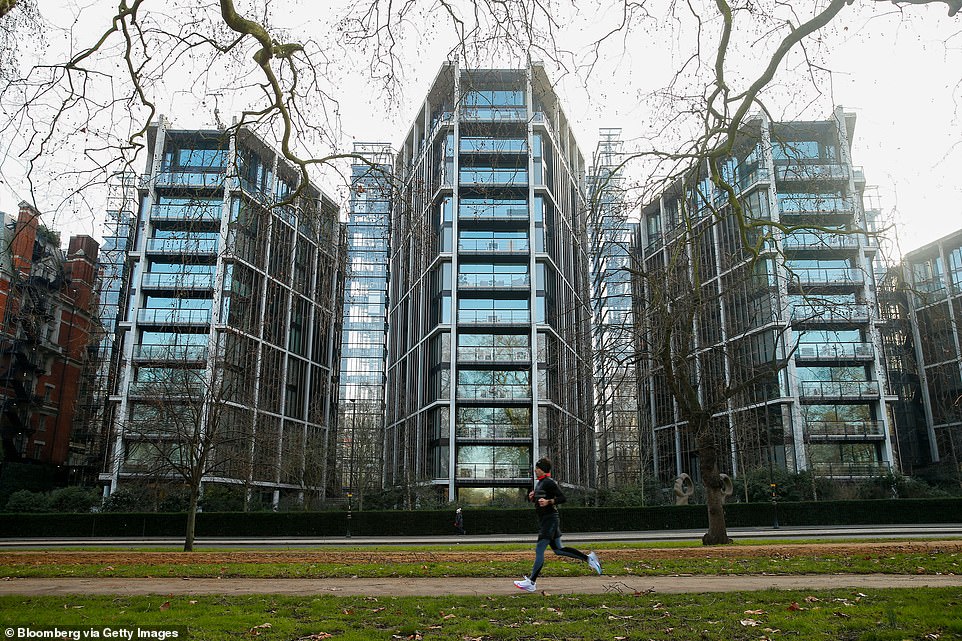 Married Louise Backstrom and Martin Wennberg have been known to rent an apartment in the prestigious One Hyde Park apartment building (pictured) in Knightsbridge, London, where prices for its 86 luxury apartments start at around £20million

But in a new twist, Martin has told friends he would prefer to continue living with Louise, even though the couple intend to divorce.

He believes the mansion is so big they could all live there without crossing paths, and it would allow him time with their son, who also lives there.

The source said: ‘It’s the kind of thing only a super-rich man can claim: that he can live with his estranged wife and her lover because the house is so big they wouldn’t even bump into each other.

‘You couldn’t make it up. It is five houses knocked together.

HUNKY: Alex (pictured), who played for Taunton Rugby Club, is known for his athletic physique and has moonlighted as a ‘butler in the buff’, a topless waiter, to make ends meet but caught the eye of Louise when he was invited round as a friend 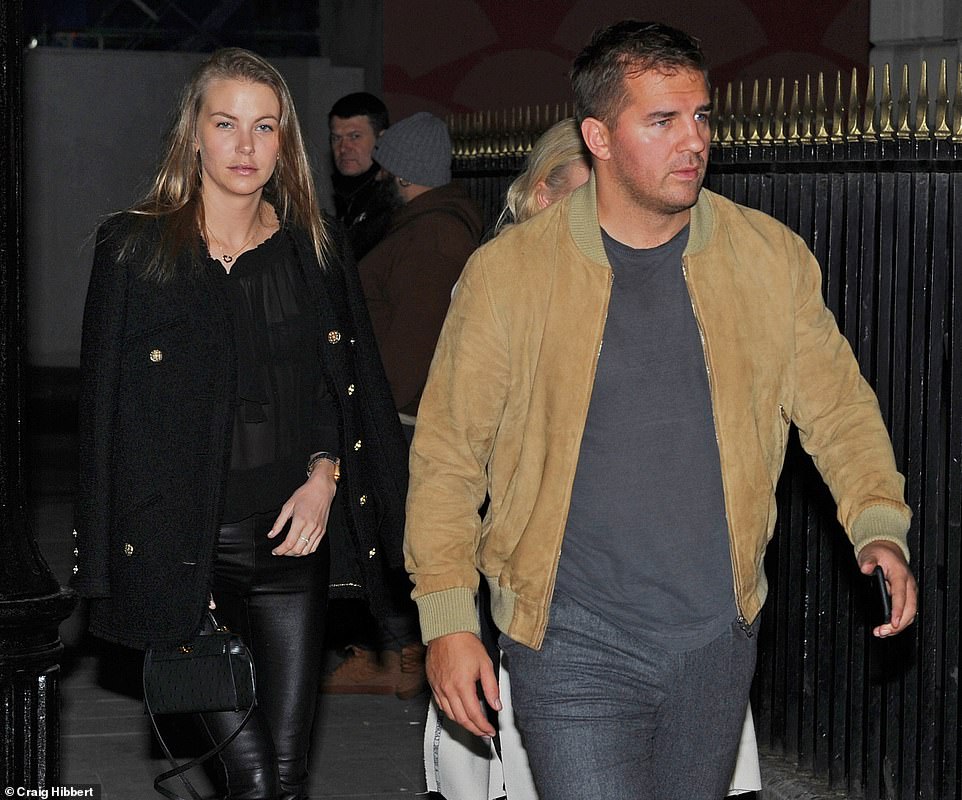 MOVING IN: Billionaire Louise Backstrom and her new love semi-professional rugby player Alex out in London together

‘This split has got everyone talking in the members’ clubs because Louise has a crazy rich lifestyle – and different friends are taking different sides.’

Louise has detailed her extravagant lifestyle on her Instagram account. She has been seen quaffing champagne on a helicopter and uses private jets to whisk her to a chalet that her mother owns in Klosters.

She freely admits to ‘living the fairy tale’ but will she get the ‘happy ever after’ with her new love?