By Brenda Dennehy and Christine Rendon for MailOnline

Singer Billie Eilish shared an Instagram Story of herself making faces in a Gorillaz T-shirt on Wednesday.

The star, 20, poked her tongue out as she larked around while wearing a back-to-front baseball cap.

Damon told Los Angeles Times why he is such a fan of Billie.

He said: ‘A really interesting songwriter is Billie Eilish and her brother.

The snaps come after she joined forces with Nike to release a brand new pair of Air Force 1s and line of apparel earlier in the week.

Billie announced the collaboration in a video posted to her Instagram account on Monday, where she showcased the new ‘reimagined’ sneakers and line of attire. 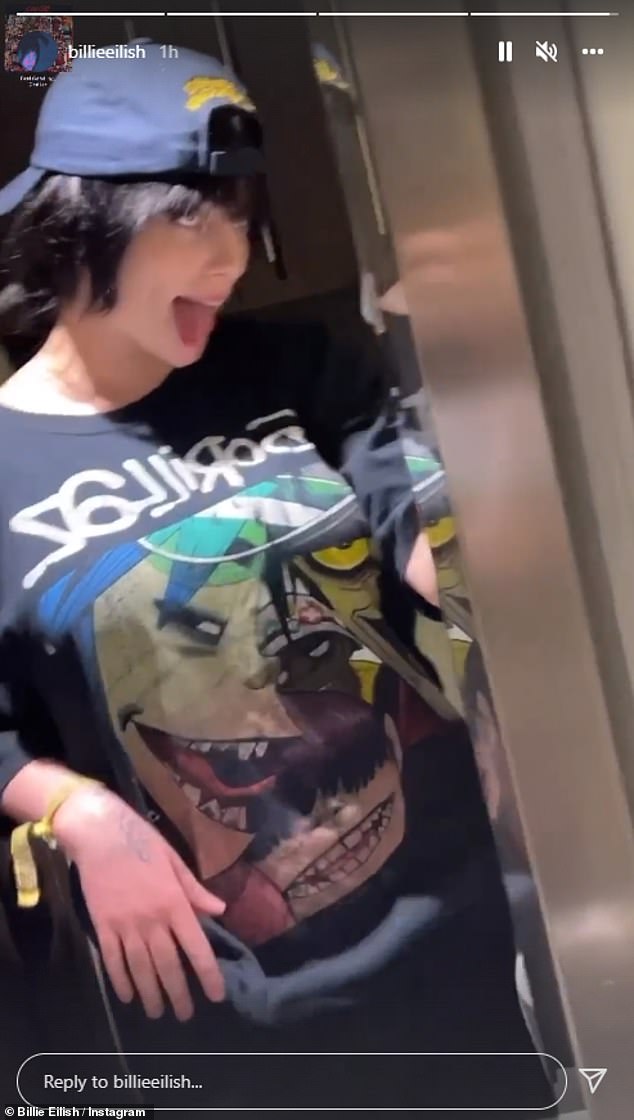 Playful: Billie stuck her tongue out at the camera while filming her quick video 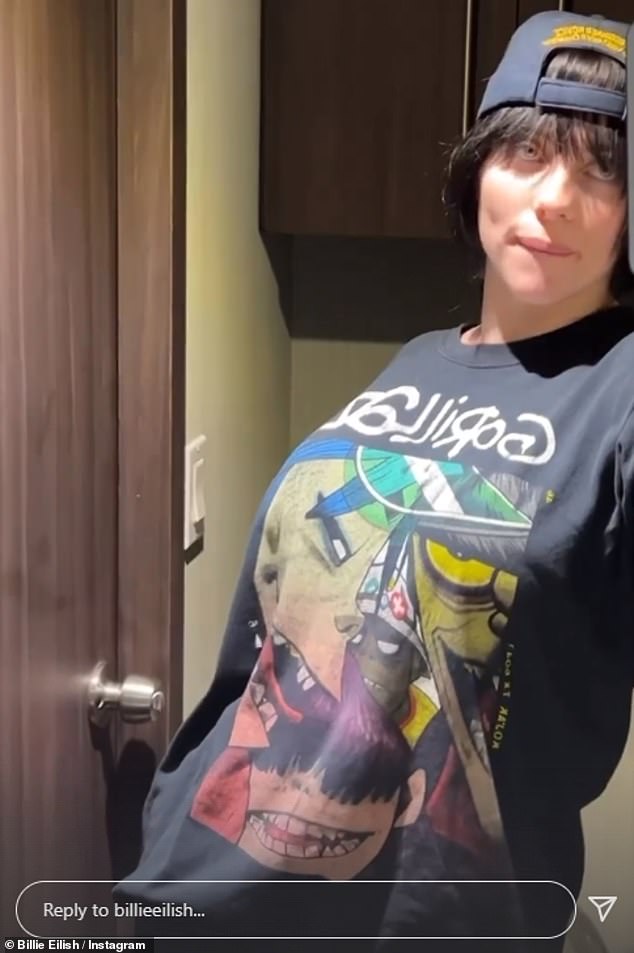 Rock star: She cut a cool look in a backwards navy baseball cap as she wore her signature bob relaxed waves 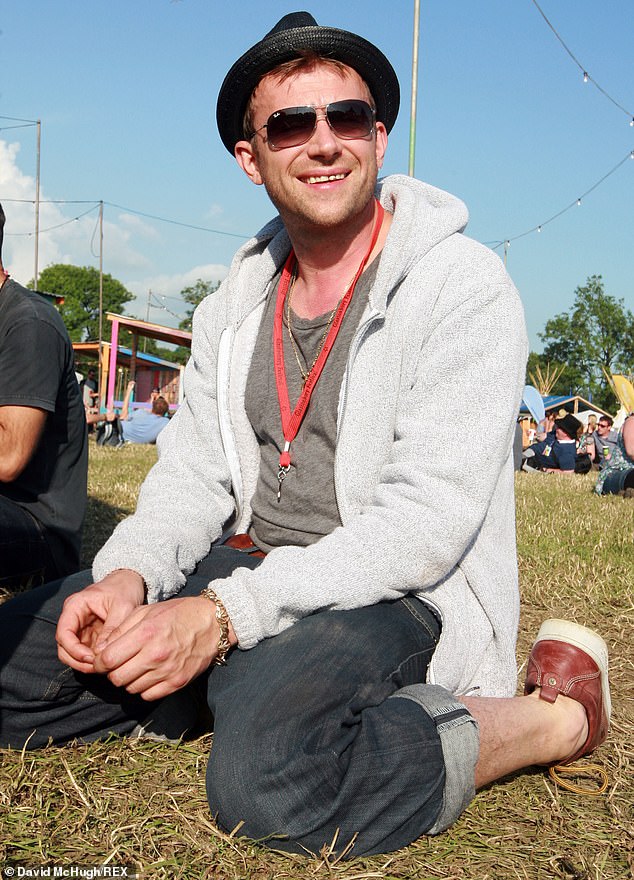 Loves her: Damon Albarn is said to be a big fan of the singer

She wrote: ‘So excited to announce my new @nike air force 1 and apparel collection,’

‘It was an honor to reimagine the originals while making them my own & I can’t WAIT for them to be yours.

‘The collection launches April 24 on store.billieeilish.com and April 25th on the Nike SNKRS app.’ 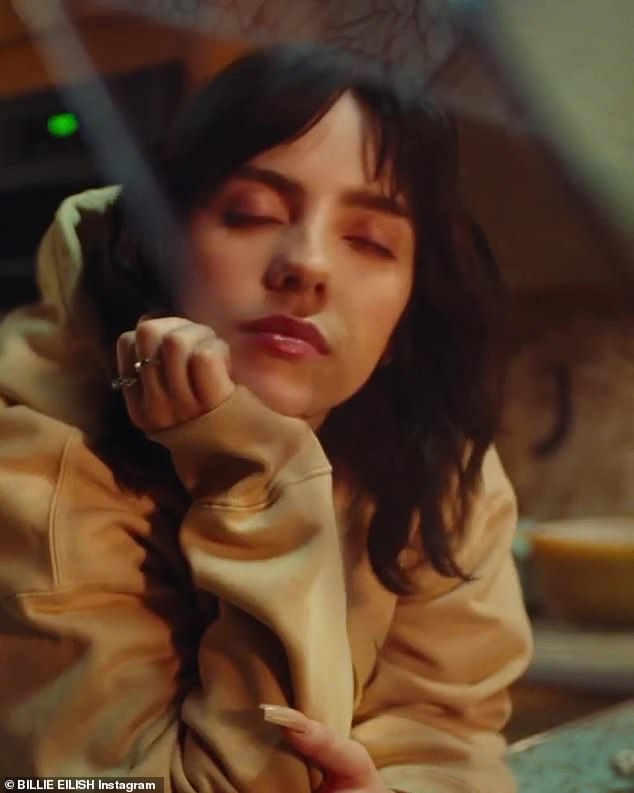 The video showed Billie lounging about her house and outside in a range of neutral apparel which were designed with the iconic Nike swoosh.

Her new Air Force 1s, called ‘Mushroom’ and priced at $170, were a pair of off-white sneakers with an array of velcro straps fastened over the show laces.

The shoes were designed with ‘sustainability in mind’, according to a description of the trainers on Nike’s website.

‘As a young, modern creative, Billie Eilish loves and respects the classics — including sneaker icons like the Air Force 1. For her own Air Force 1, she remixed the classic by choosing environmentally preferred materials.

‘The Nike Grind midsole blends in with the tonal mushroom-colored upper, which itself is made with a synthetic nubuck material made from post-consumer recycled content for a super soft look and feel — all designed with sustainability in mind. Capturing Billie’s signature oversized style, five chunky mid-foot straps — inspired by the Alpha Force Low and Air Trainer 3 — cover the laces, giving the silhouette a unique and bold look,’ the description reads.

This is not Billie’s first collaboration with Nike.

Billie’s collection will be released April 24 on her website and on the Nike SNKRS app on April 25. 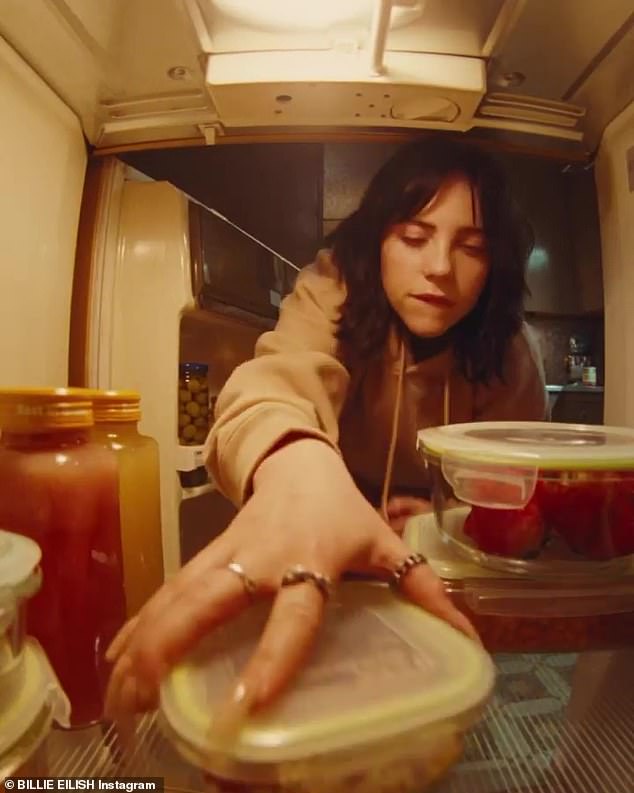 Coming soon: Billie’s collection will be released April 24 on her website and on the Nike SNKRS app on April 25 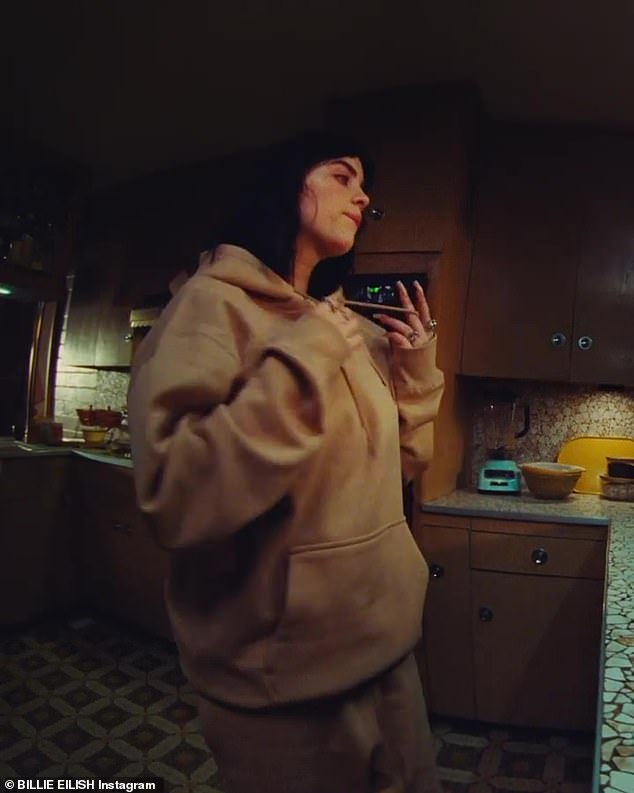 Homebody: Eilish lounged about in her home in the comfortable attire