Dystopian future? Billboards in SPACE could beam advertisements to Earth – but it would require a ‘constellation’ of 50 small satellites and cost $65M

The average person already sees up to 10,000 advertisements per day – but there’s one place Madison Avenue has yet to conquer: space.

A study from Russian researchers examines the technological and financial investments required to beam advertisements to all of Earth for a few months by using a constellation of up to 50 small satellites rotating around the planet.

The researchers calculate that it would cost about $65 million and would require just over four dozen satellites that’re about the size of a full paper grocery bag into what’s known as sun-synchronous orbit – meaning they’d always be in direct sunlight as they pass around Earth.

Although the average person sees up to 10,000 advertisements per day, Madison Avenue has yet to conquer outer space 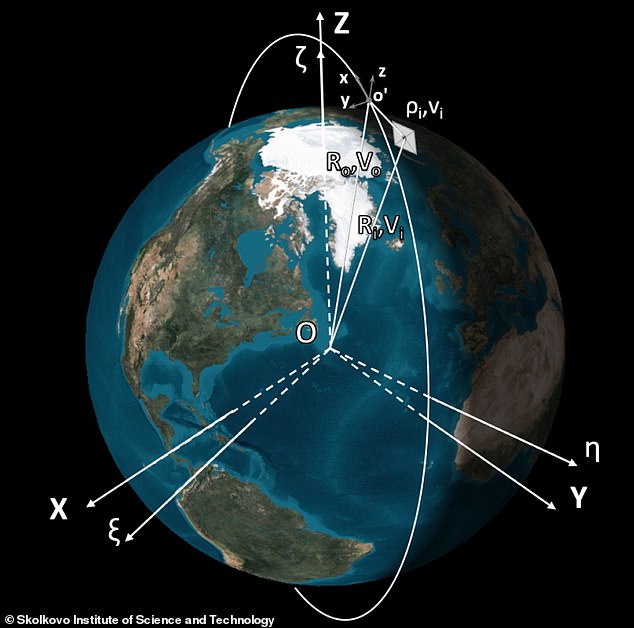 A study from Russian researchers examines the technological and financial investments required to beam advertisements to all of Earth for a few months by using a constellation of up to 50 small satellites rotating around the planet. ABOVE: A study image shows reference frames for how the satellites would orbit Earth

In orbit, they would deploy large reflectors that could bounce sunlight down toward Earth. The satellites could rearrange themselves into different shapes to form logos or simple graphics.

Those shapes could evolve over their visible time or even change advertisers between cities.

‘A long-term space advertising mission would rely on a complex satellite system orbiting the Earth and demonstrating pixel images to observers on the ground,’ the study published in the journal Aerospace states.

‘In this case, an advertisement appears as a constellation of bright artificial stars formed into an image that can be observed in clear night sky for several minutes. 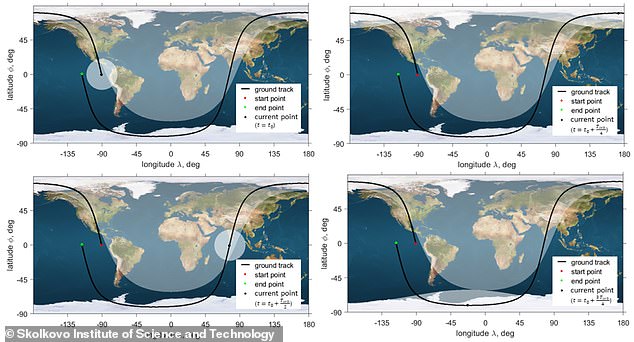 The researchers calculate that it would cost about $65 million and would require just over four dozen satellites that’re about the size of a full paper grocery bag into what’s known as sun-synchronous orbit. ABOVE: Maps from the study show how coverage for the space advertisements could work 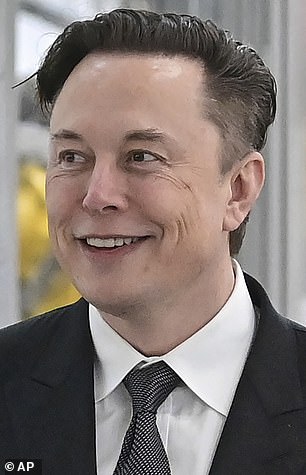 ‘Development of such missions has become a point of interest for a few space startups because the approach provides global Earth coverage and thus allows showing an advertisement to regions of high-demand multiple times.’

Space advertising, which has been the subject of debate and could conjure visions of a dystopian future among the public, has mostly been examined from the perspective of one-off events.

For example, researchers mention logos on a rocket that’s headed to space or branded food delivery to the International Space Station.

The study also breaks down that net income from the space billboards could run to $111 million. Assuming two dozen ads are displayed, that amounts to $4.6 million per advertisement. According to ESPN, some advertisers paid $7 million per spot for Super Bowl ads this year.

There have been other attempts at more long-term space-based advertising.

To celebrate the Eiffel Tower centennial in 1989, it was planned to deploy a string of a hundred solar reflectors into low-Earth orbit (LEO) to form a ring of light that would have been visible worldwide.

The study states that most of the cost would cover manufacturing the satellites ($48.7 million), testing, support and engineering ($11.5 million) as well as the launch itself ($4.8 million).

Whether or not space advertising becomes a reality may depend on the whims of companies like Elon Musk’s SpaceX, which has deployed thousands of satellites to provide internet connectivity to remote areas – including a Maritime offering for superyachts, oil rigs and large ships, as well as partnering with Royal Caribbean Cruises.

Last year it was reported that Canadian tech startup Geometric Energy Corporation was working with SpaceX to develop a satellite with a large pixelated screen that could beam ads into space from the ground (rather than space ads being visible from Earth).