Bill Gates is squaring off with Elon Musk on the subject of Bitcoin, suggesting that anyone who isn’t the richest man in the world should be wary of purchasing cryptocurrency.

Gates, the world’s third richest man after Musk and Jeff Bezos, took a shot at the Tesla CEO after the electric vehicle maker announced taking a $1.5 billion stake in Bitcoin.

‘Elon has tons of money and he’s very sophisticated, so I don’t worry that his Bitcoin will sort of randomly go up or down,’ Gates told Bloomberg on Thursday.

‘I do think people get bought into these manias who may not have as much money to spare, so I’m not bullish on Bitcoin. My general thought would be that if you have less money than Elon, you should probably watch out,’ he said.

Bill Gates is squaring off with Elon Musk on the subject of Bitcoin, suggesting that anyone who isn’t the richest man in the world should be wary of purchasing cryptocurrency 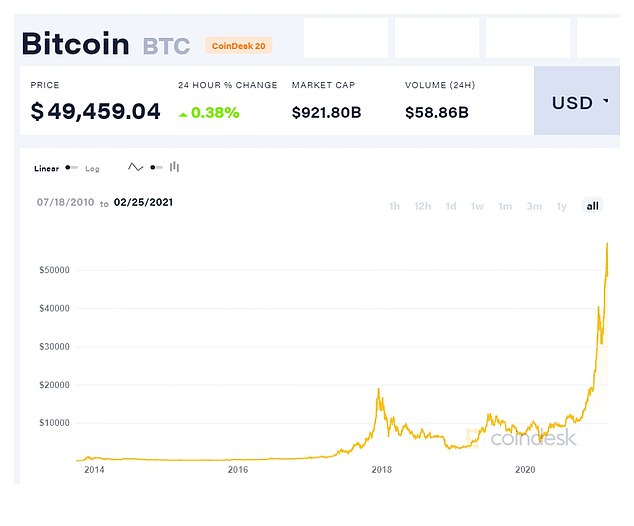 Gates, who has been promoting his new book on climate change, slammed Bitcoin as environmentally unfriendly, saying that cryptocurrency ‘happens to use a lot of energy’ for the servers used to process transactions.

Since January, Musk has been vying with Amazon CEO Bezos for the status of world’s richest man.

This week, Musk dropped back to the second position on the Bloomberg Billionaires Index. On Thursday his net worth was listed at $163 billion, while Bezos had a net worth of $179.9 billion.

Gates had a net worth of $123.3 billion, making him the third richest individual in the world. The fortunes of the billionaires fluctuate based on the value of their stock holdings, which constitute a large portion of their wealth.

Musk’s sinking fortunes were due in part to the decline in Bitcoin’s value this week, which dragged down Tesla’s share price. 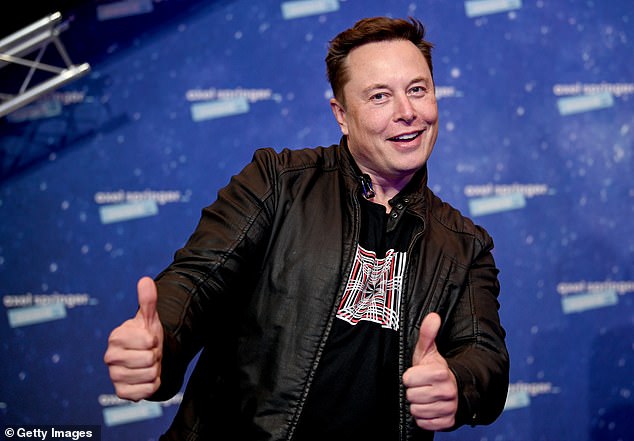 Elon Musk has been supportive of Bitcoin, and this month Tesla took a $1.5 billion stake

The decline was fueled in part by Musk’s own tweet that the prices of Bitcoin and smaller crypto rival Ether ‘do seem high.’

The price of Bitcoin, the world’s biggest cryptocurrency, rose more than 300 percent in 2020, but has since come off its highs.

Dogecoin has also soared in value, after Musk sent a flurry of tweets promoting the ‘joke’ cryptocurrency.

Dogecoin was created largely as a satirical critique of the 2013 crypto frenzy, but can still be bought and sold on digital currency exchanges and its price can be volatile.

Daniel Ives, an analyst at Wedbush, told CNBC that Musk and Tesla were now tied to the value of Bitcoin after the electric carmaker invested $1.5 billion earlier this month.

‘Musk is now tied to the bitcoin story in the eyes of the Street and although Tesla made a billion paper profit in its first month owning the digital gold, it comes with added risk, as seen this week,’ Ives said.

‘With Tesla diving into the deep end of the pool on bitcoin, Musk runs the risk that this side show can overshadow the fundamental EV (electric vehicle) vision in the near term for investors.’