Bill Clinton was seen sitting with Jeffrey Epstein on the convicted sex offenders’ Caribbean island where young girls were allegedly taken and assaulted by the pedophile and his high-profile friends, a new Netflix documentary has claimed.

Steve Scully, a 70-year-old former worker on Epstein’s private Caribbean island of Little Saint James, said he saw the former president sitting with the pedophile in the porch of the island’s villa.

The explosive claims will be aired in the new series Jeffrey Epstein: Filthy Rich, which hears from witnesses and victims of Epstein’s abuse, who killed himself in prison last year while awaiting trial on sex trafficking charges.

There is no suggestion Clinton was in any way involved in Epstein’s campaign of abuse of young girls or the ongoing underage sex investigation into the convicted pedophile. 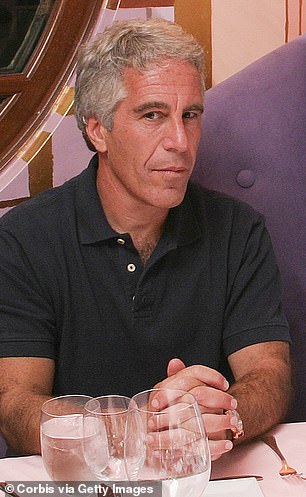 Bill Clinton (left) was seen sitting with Jeffrey Epstein (right) on the convicted sex offenders’ island where young girls were allegedly taken and assaulted by the pedophile and his high-profile friends, a new Netflix documentary has claimed 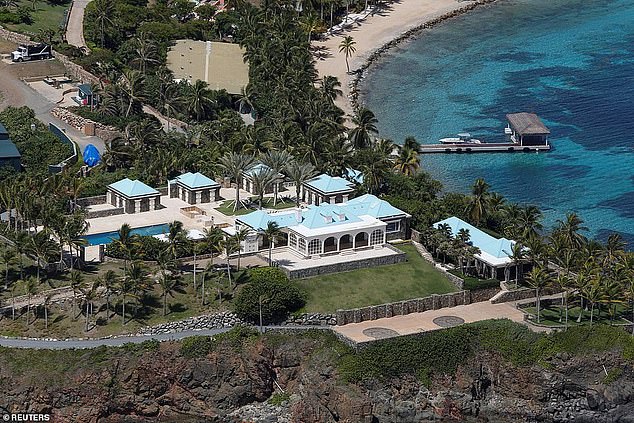 Steve Scully, a 70-year-old former worker on Epstein’s private Caribbean island of Little Saint James (above), has claimed he saw the former president sitting with the pedophile in the porch of the island’s villa

Clinton has reportedly denied ever visiting the Caribbean island but has admitted flying in Epstein’s private jet on a handful of occasions.

Scully, who maintained the phones and internet on the island, claims in the show that he saw no other guests around at the time of the two men’s meeting, according to The Sun.

It is not clear when the alleged meeting took place on the island – which was allegedly the base of years of sexual abuse and trafficking of girls as young as 14 at the hands of Epstein.

The new claims come on the heels of those made by Epstein’s ‘sex slave’ Virginia Roberts Giuffre who previously alleged in legal papers that she saw Clinton on the island.

Giuffre alleged she had dinner with the former president, Epstein, Ghislaine Maxwell and two other women from New York on the island on one occasion.

She claimed she later saw Clinton ‘strolling into the darkness with two beautiful girls around either arm’.

Clinton has not responded to the allegations and his office has previously insisted he knew ‘nothing about the terrible crimes’ of Epstein. 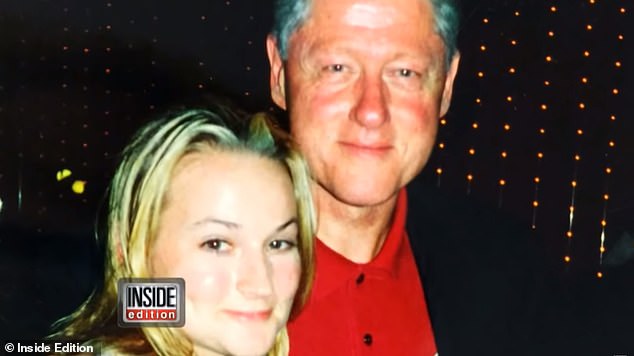 Photos emerged (above) in January of Clinton with his arm round Chauntae Davies, who has told how she was recruited to be Epstein’s personal masseuse and sex slave 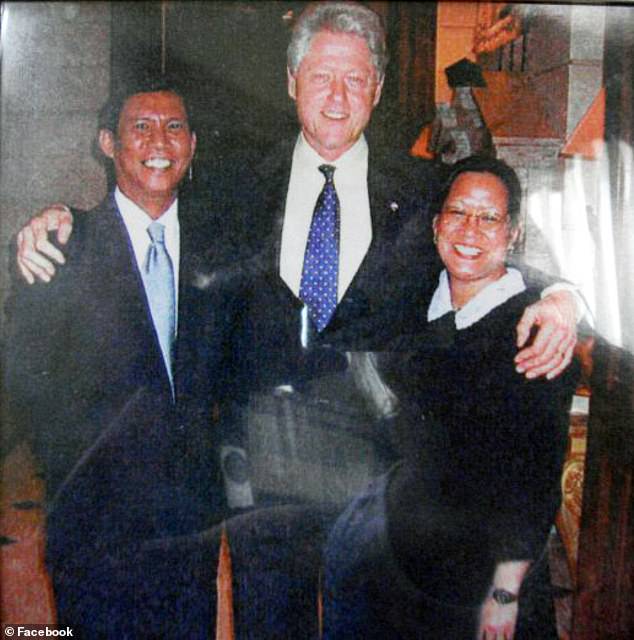 Photos emerged in January of Clinton posing on the steps of Epstein’s private plane the Lolita Express with Epstein’s alleged madam Maxwell in 2002.

In another image, he is seen with his arm round Chauntae Davies, who has told how she was recruited to be Epstein’s personal masseuse and sex slave.

Davies told The Sun in January that Epstein used his jet to get close to influential people while he also flew underage girls to and from his Caribbean island and many homes where he would abuse them.

‘It’s clear that Epstein was using this private jet and his wealth to get close to rich and powerful people,’ she said.

‘Looking back at these images now it raises a lot of questions about why Bill Clinton was using the plane and what perhaps Jeffrey may have been trying to accomplish by having him around.’

Clinton’s office has admitted he flew four times on the Lolita Express – to Europe, to Asia, and two trips to Africa.

However, doubt has been cast on the number of trips the former president made on the jet, with Fox News reporting that flight logs show Clinton made 26 trips on the plane from 2001 to 2003. 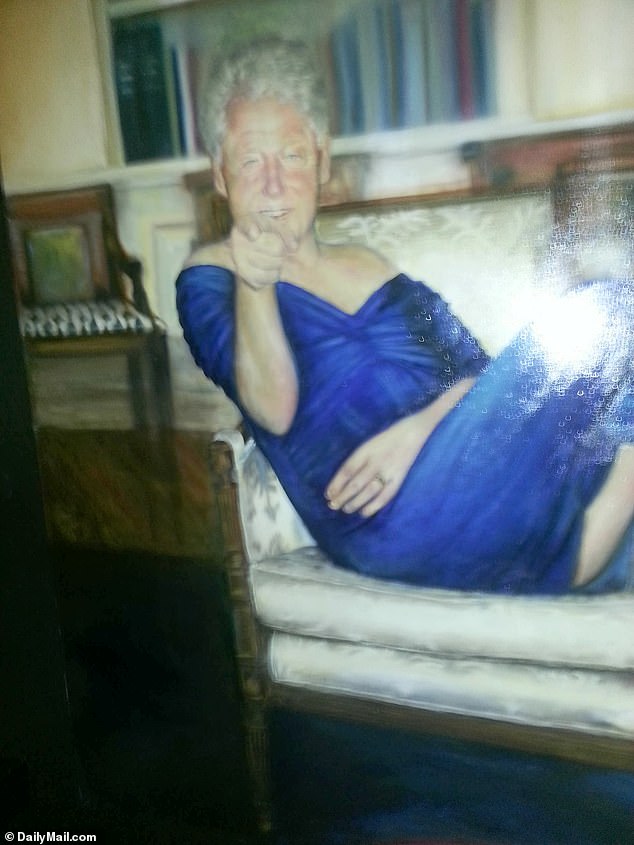 Scully also told the documentary makers he saw other ‘important people’ coming and going from the private island, according to The Sun.

On one occasion, he allegedly saw another male guest naked and flanked by three topless girls.

‘You tell yourself that you didn’t know for sure and you never really saw anything, but that’s all just rationalization,’ Scully said.

‘Jeffrey Epstein, he was a guy who concealed his deviance very well – but he didn’t conceal it that well.’

Epstein died in his New York City prison cell in August last year after he was arrested on sex trafficking charges.

He had pleaded not guilty to sexually abusing girls as young as 14 and young women in New York and Florida in the early 2000s.

He first came under investigation in 2005 after police in Palm Beach, Florida, received reports he had sexually abused underage girls in his mansion there. 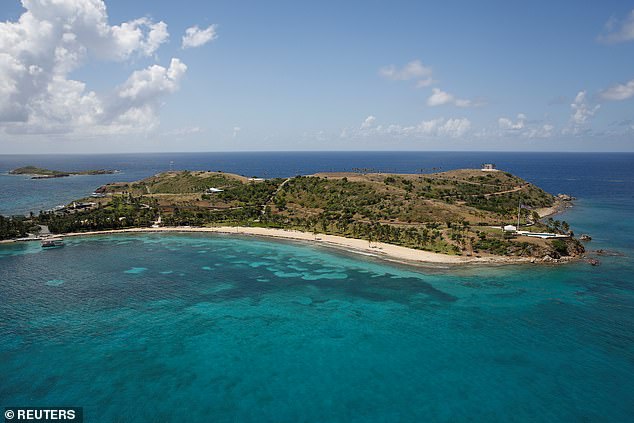 By 2007, Epstein was facing a potential federal indictment for sexually abusing dozens of girls between 1999 and 2007. Epstein struck a deal, however, to plead guilty in 2008 to a lesser Florida state felony prostitution charge, and register as a sex offender.

He served 13 months in a county jail, but was allowed to leave during the day to go to his office.

Epstein’s cause of death was ruled as a suicide by hanging by the New York coroner but an investigator hired by Epstein’s estate said the scene was more consistent with murder.

To date, the only people besides Epstein who were charged in connection with the scandal are two jail guards who were supposed to be monitoring Epstein the night he was found dead.

Both have been charged with falsifying the jail’s log books to indicate they were performing checks on prisoners, when they were actually sleeping or browsing the internet.

Numerous women who said they were sexually abused by Epstein as teenagers have claimed in lawsuits and interviews that he got help recruiting young girls from both Maxwell and several assistants. 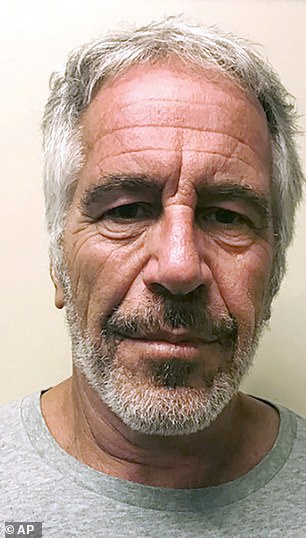 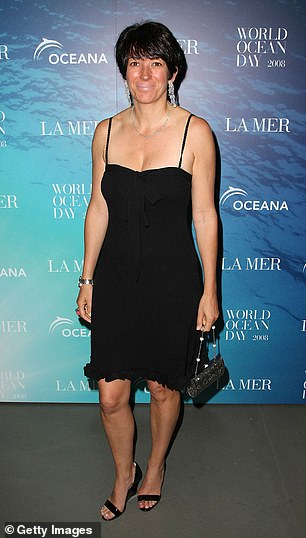 Ghislaine Maxwell (right), who is said to be in hiding as the FBI’s net closes around Epstein’s circle, has previously denied that she procured girls for Epstein (left) or took part in any of his crimes

Maxwell, who is said to be in hiding as the FBI’s net closes around Epstein’s circle, has previously denied that she procured girls for Epstein or took part in any of his crimes.

Several influential people have also been linked to the convicted pedophile and have sought to distance themselves from his crimes following his death.

Victim Roberts Giuffre claims she was forced to have sex with Prince Andrew when she was 17 at Epstein’s behest.

The prince has vehemently denied the claims.

A US prosecutor in January said Prince Andrew had provided ‘zero cooperation’ to the American investigators who want to interview him as part of their sex trafficking probe into Epstein.

Andrew announced last year that he was withdrawing from his royal duties amid the public attention over his ties to the pedophile.

Jeffrey Epstein: Filthy Rich is directed by Lisa Bryant and based on James Patterson’s bestseller of the same name.

The four-part series will be released on Netflix on May 27.