The New England Patriots are set to make significant changes after the franchise failed to make the playoffs for the second time in three seasons.

It comes after talks with owner Robert Kraft after a trying season in which the Patriots were hampered by a 26th ranked offense. Naturally, Belichick’s position is safe, but some of his assistants may not be so fortunate, per NBC Sports Boston.

‘Belichick isn’t going to put anyone’s head on a spike for the pleasure of the masses,’ beat writer Tom E. Curran said. ‘But my understanding is offensive coaching reassignments are going to happen and several offensive coaches are under consideration for the Patriots’ 2023 staff.’

The Pats announced Thursday it would begin interviews for an offensive coordinator next week. During their 8-9 season, which ended with a loss to an emotion-charged Buffalo, New England neglected to name an official OC.

For all intents and purposes, Patricia was the equivalent – calling plays for Mac Jones and the offense. 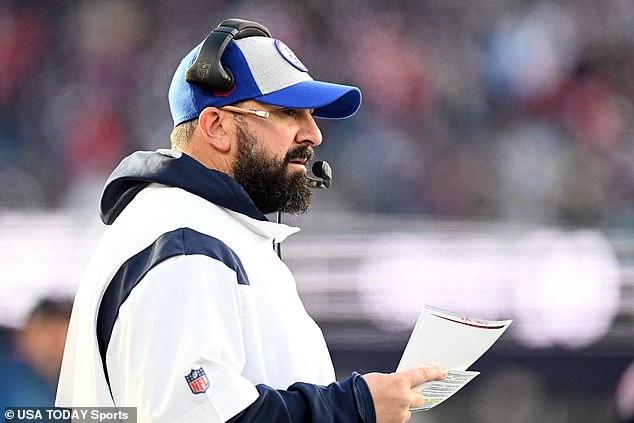 While not named the official offensive coordinator, Matt Patricia called the plays on offense

With Belichick set to go in a different direction, it remains unclear if the pair will stay on the New England staff.

Patricia often caught the ire of Patriots fans on social media, and even frustrated Mac Jones during a season of offensive inefficiency.

In more positive news for the franchise, it announced it had ‘begun contract extension discussions with [inside linebackers coach] Jerod Mayo that would keep him with the team long-term.’ 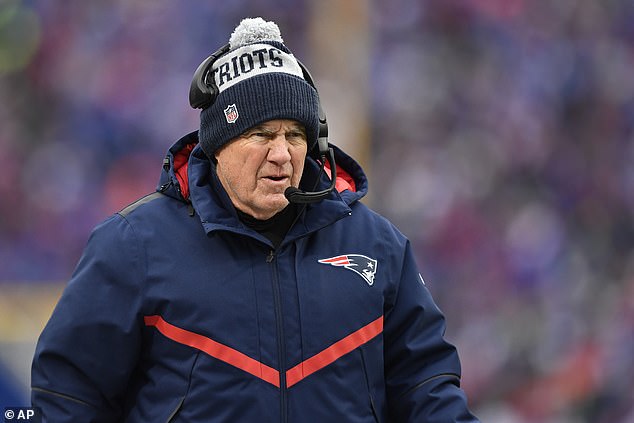 Mayo was a member of the Patriots roster for eight seasons and has been an assistant for four years.

He has attracted interest for numerous franchises in need of a coach, including the Carolina Panthers – who requested to interview Mayo for its head coaching position.

Cleveland also requested to speak with him for their vacant defensive coordinator role.