BREAKING NEWS: Bill and Melinda Gates are divorcing after 27 years and after building $124billion fortune

Bill Gates and his wife Melinda are divorcing after 27 years of marriage, and after building a fortune of $124billion.

The 65-year-old Microsoft founder announced the split on Twitter.

‘After a great deal of thought and a lot of work, we have made the decision to end our marriage.

‘Over the last 27 years, we have raised three incredible children and built a foundation that works all over the world to enable all people to lead healthy, productive lives.

‘We continue to share a belief in tat mission and will continue to work together at the foundation, but we no longer believe we can grow together as a couple in this next phase of our lives.

‘We ask for space and privacy for our family as we begin to navigate this new life,’ the statement said.

Bill Gates and his wife Melinda are divorcing after 27 years of marriage, and after building a fortune of $127billion. 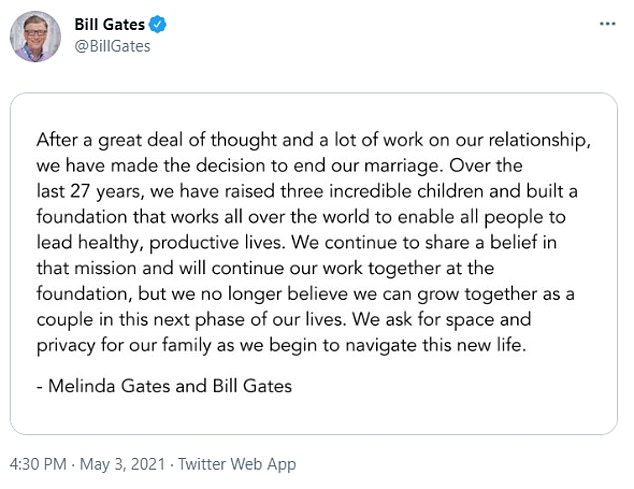 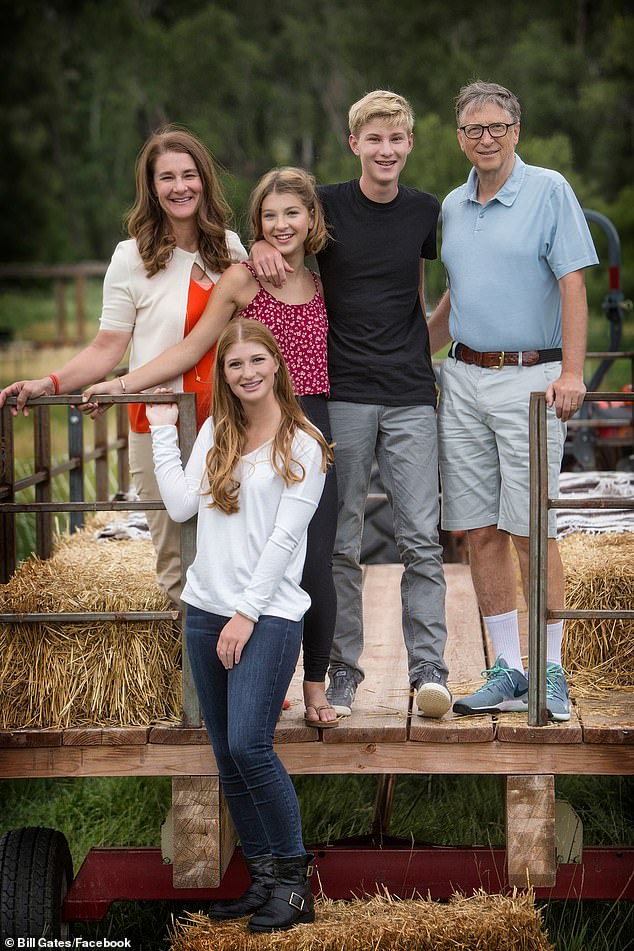 The divorce, though one of the most expensive in history, is not the most.

That title goes to Jeff Bezos, the Amazon founder who split his $150billion fortune with his wife MacKenzie in 2019 after his affair with Lauren Sanchez was revealed.

The Gates are notoriously philanthropic, giving away vast amounts of their fortune.

They, unlike Bezos, are both part of The Giving Pledge – a collection of the world’s richest people who have all vowed to devote at least half of their fortunes to charity.

Over the last year, their foundation – The Bill and Melinda Gates Foundation – has focused on the development and distribution of COVID-19 vaccines around the world.

In 2019, shortly after their 25th wedding anniversary, Melinda, in a rare interview, told The Sunday Times that Bill struggled with balancing work with family.

‘We’ve just gotten to a point in life where Bill and I can both laugh about more things.

‘And, believe me, I can remember some days that were so incredibly hard in our marriage where you thought, ‘Can I do this?’” she said.

She said he was even hesitant to get married in the first place.

‘When he was having trouble making the decision about getting married, he was incredibly clear that it was not about me, it was about “Can I get the balance right between work and family life?”‘ she said.

She also has told how he once listed the pros and cons of marriage on a whiteboard. 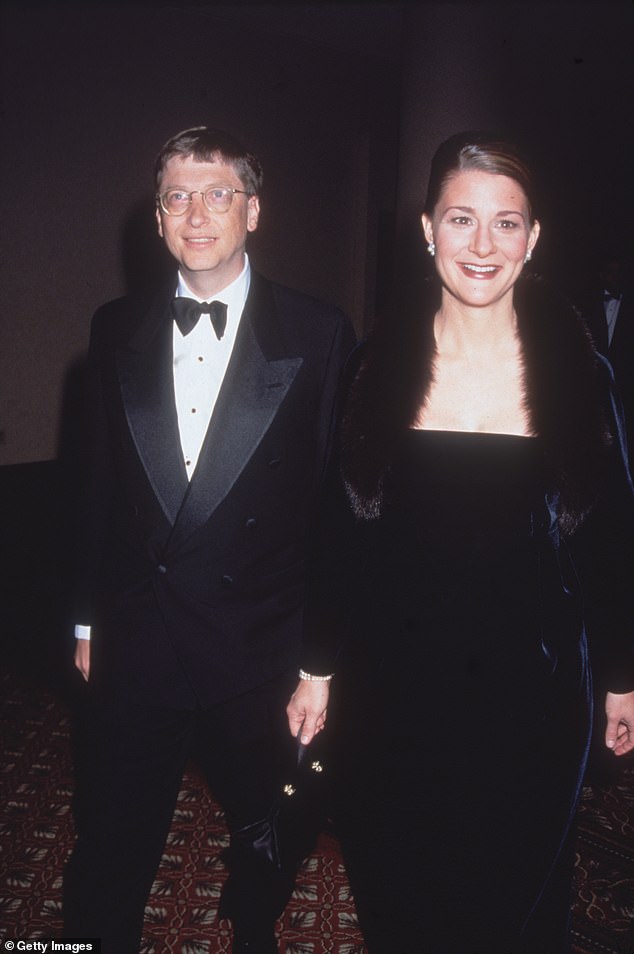