Police have issued a major manhunt for a bikie associate after he allegedly cut off his ankle bracelet and vanished, hours after he was bailed from court.

Mark Horne disappeared on Friday while awaiting trial for the September 2020 shooting of truck driver Leith Carstairs and the theft of $550,000 in Mt Lambie in the Blue Mountains.

The 32-year-old was last seen on Friday morning at about 6.15am after taking a rideshare to Coorabin Place, in the southwest Sydney suburb of Riverwood.

Police have issued a nationwide manhunt for bikie associate Mark Horne (pictured) after he allegedly cut off his ankle bracelet while on bail. It’s feared he could be attempting to flee to southeast Asia via boat 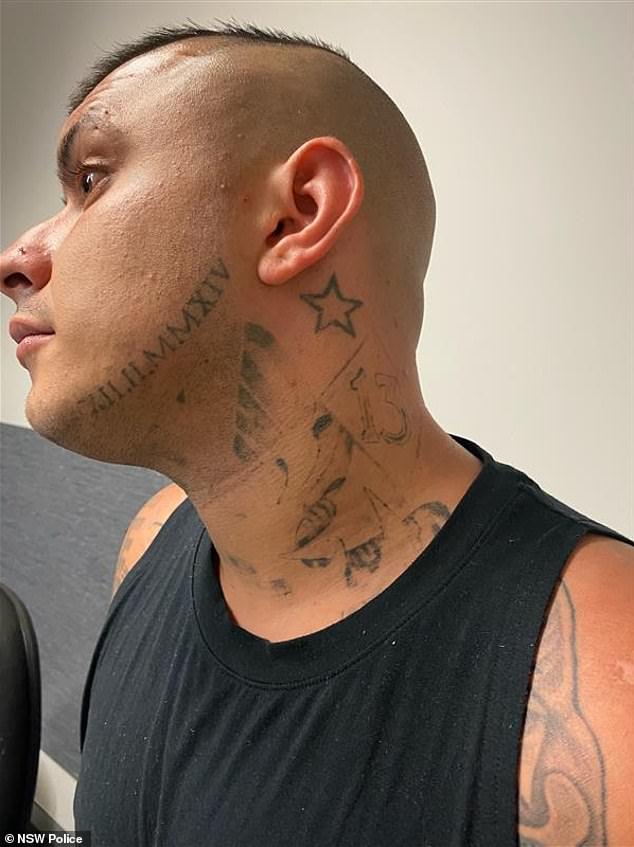 The 32-year-old is described as 185cm tall, of medium build with brown hair, brown eyes and having distinctive tattoos on his arm, right leg, neck and chin (pictured)

He was then seen getting into a vehicle which headed westbound on the M5 Motorway with police fearing Horne may be attempting to flee to southeast Asia on a boat via Queensland.

NSW Police issued an arrest warrant after Horne allegedly cut off his ankle monitor and breached the conditions of his bail and are appealing to the public for information about his whereabouts.

Detectives from NSW Police’s Criminal Groups Squad, along with Commonwealth and interstate law enforcement, are conducting extensive searches and inquiries at airports and ports, as well as other transportation routes across NSW and Australia.

Horne is described as being about 185cm tall, of medium build with brown hair, brown eyes and having distinctive tattoos covering both arms and his right leg with a faded tattoo on his neck and chin.

Detective Superintendent Grant Taylor 2GB radio on Tuesday that Horne is considered a ‘dangerous’ man and warned people not to approach him.

‘I would consider him an armed individual, Mr Taylor said. ‘He is a desperate man, he is a dangerous man

‘We are not shy of committing as much resources as possible in trying to find him.’

Horne was granted bail in August 2021 after eight months behind bars on remand for charges including robbery in company, take person in company and knowingly deal with the proceeds of a crime. 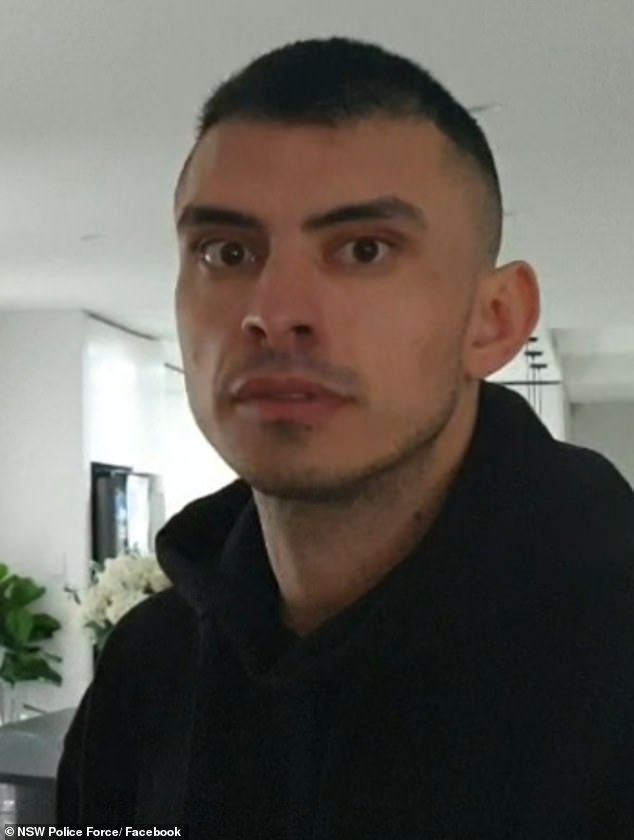 Horne (pictured) was on bail awaiting trial for shooting and theft when he disappeared. People who sight him are advised not to approach and call police immediately

He was initially charged with five offences including robbery in company, knowingly deal with the proceeds of crime, take person in company, kidnap in company and discharge firearm.

Horne’s bail conditions included being required to report to police daily, not associate with any Rebels bikies, have a curfew of 9pm, a $50,000 surety and wearing an ankle monitor.

Horne had to also surrender his passport, which added to suspicions he was attempting to flee the country by water.

Anyone who sights Mark, or who has information about his whereabouts, is urged not to approach him, and to call Triple Zero (000) or CrimeStoppers (1800 333 000) immediately.