Another 207,416 migrants were caught crossing the US southern border in June, the latest Customs and Border Protection figures show, as Biden’s border crisis continues.

The latest figure was down 14 per cent in a month – from 240,991 apprehensions in May, but represents the fourth month in a row that interceptions have sat above 200,000.

Disturbingly, six of those apprehended were on terror watch lists, bringing the total number of terror suspects apprehended crossing the border this year to 56.

That is far more than the 30 terror suspects arrested in total during the previous four years combined, Fox News reported.

The soaring number of apprehensions comes as President Biden faces increasing pressure for what critics say are soft-touch policies on immigration that encourage people to try getting into the United States.

He is keen to try and end Title 42, a Trump-era COVID policy that saw migrants deported straight back to Mexico, but a judge has ordered the president to continue enforcing it. 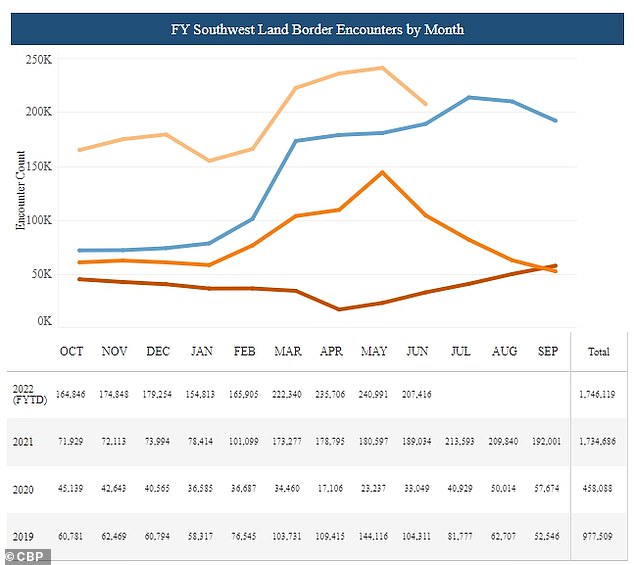 This chart shows the scale of the ongoing southern border crisis, which has been blamed on Biden’s soft-touch immigration policies

Twenty-six percent of all crossers had previously attempted to cross the border within the last year, which is up from the usual 15 percent between 2014 and 2019, CBP said.

The largest group to come through was single adults, making up 68 percent of the crossing, with 140,197 people.

In addition, cocaine seizures went up a shocking 62 percent and methamphetamine seizures also increased 14 percent. However, heroin and fentanyl seizures decreased 49 and 41 percent.

CBP Commissioner Chris Magnus said it’s normal for migration numbers to fluctuate month-to-month and that the agency is ‘committed to implementing our strategy of reducing irregular migration, dissuading migrants from undertaking the dangerous journey, and increasing enforcement efforts against human smuggling organizations.’ 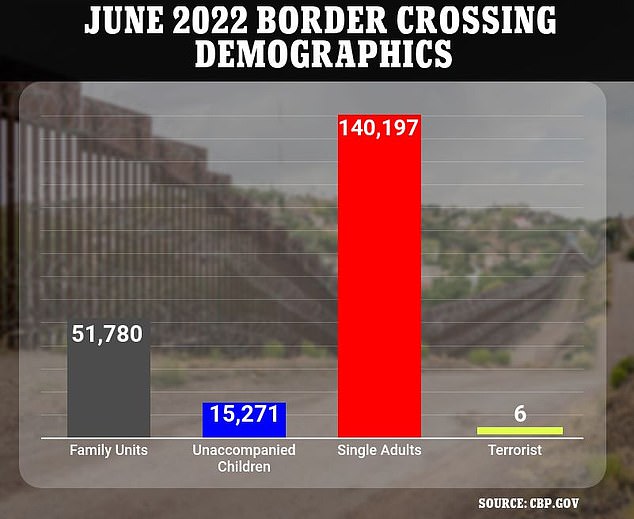 The majority of those who crossed in June were single adults, with 140,000. There was also 51,780 in family units and 15,271 unaccompanied children, as well as, six on terrorists lists

The report was published just a few weeks after 53 migrants perished inside a truck that reached 105 degrees in June.

The death toll in the tragedy is the deadliest human smuggling attempt in American history.

‘We continue to rescue and provide medical assistance to those in distress,’ Magnus said.

‘My message to those considering taking this dangerous journey is simple: this is not an easy passage, the human smugglers only care about your money – not your life or the lives of your loved ones, and you will be placed in removal proceedings from the United States if you cross the border without legal authorization and are unable to establish a legal basis to remain.’

Police say the smugglers treated the migrants ‘worse than animals’ throughout the voyage, leaving them no water or visible means of air-conditioning. Several survivors were left in critical condition after suffering brain damage and internal bleeding.

Investigators suspect the migrants paid the smugglers around $10,000 for safe passage to the US. 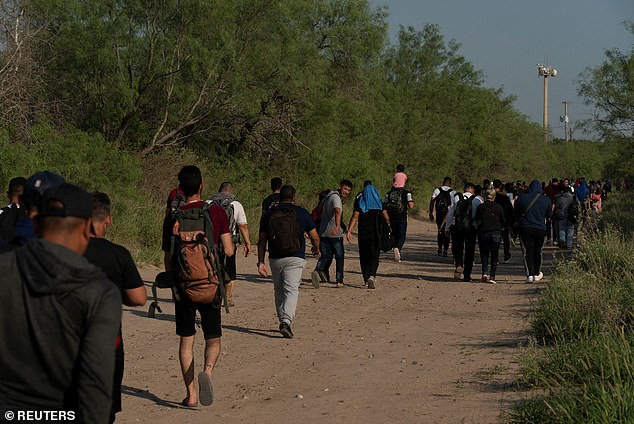 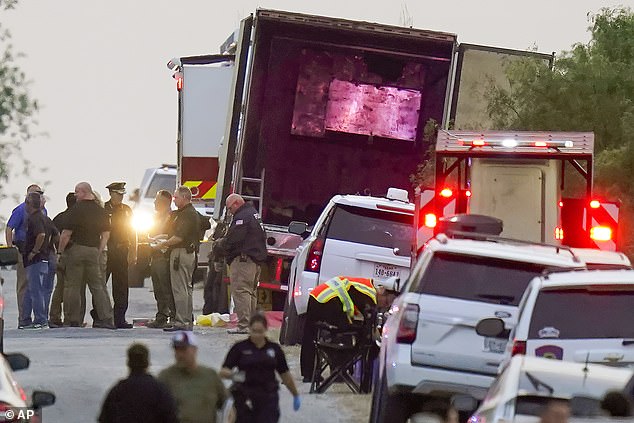 Around 80,000 migrants were released into the US.

The monthly report comes after Texas and Missouri filed a lawsuit against the Biden Administration. It now requires CBP to provide numbers on encounters and expulsions.