Democrat Joe Biden will be confirmed as president-elect Monday, as the Electoral College certifies the election result, but President Donald Trump has a new strategy to prolong reality.

White House aide Stephen Miller said Monday morning on Fox & Friends that a group of ‘alternate electors’ had been assembled in key swing states and would cast a vote in favor of the president, instead of Biden.

‘As we speak, today, an alternate slate of electors in the contested states is going to vote and we’re going to send those results up to Congress,’ Miller said. ‘This will ensure that all of our legal remedies remain open. That means if we win these cases in the courts, we can direct that these alternate electors be certified.’

Joe Biden will officially become ‘president-elect’ on Monday, as the Electoral College meets in state capitals and Washington, D.C. around the country 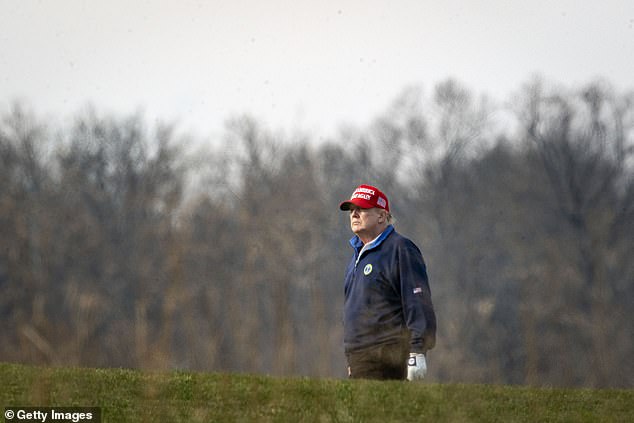 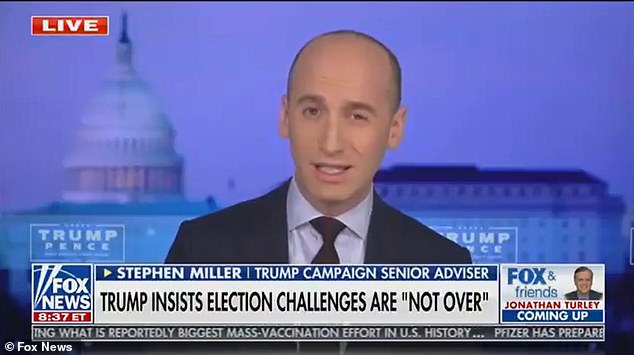 Miller said ‘an alternate slate of electors’ would be meeting in swing states Monday and their tallies would also be sent to Congress, which tallies the actual Electoral College’s results on January 6 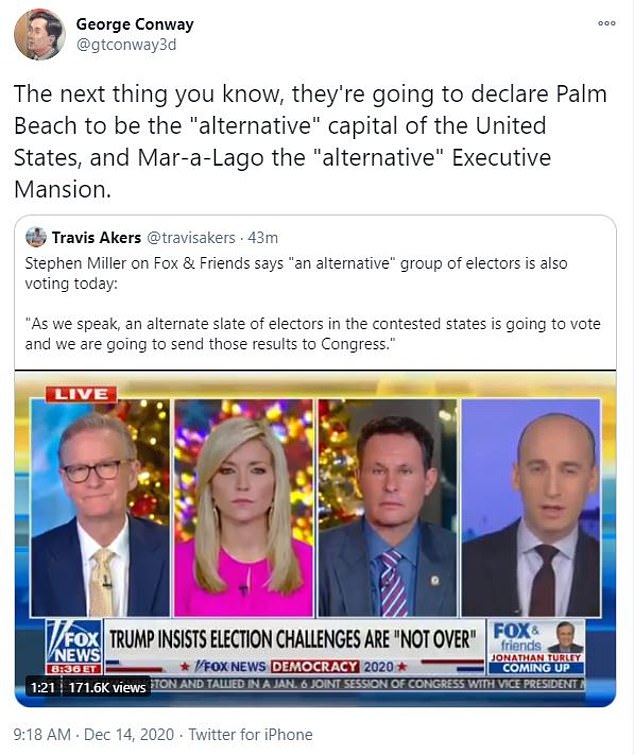 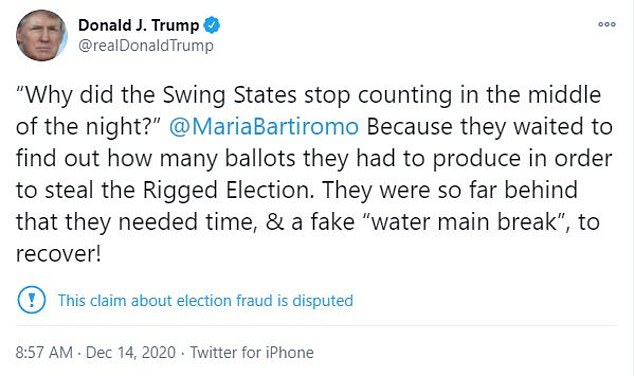 Trump continued to make wild allegations about vote fraud Monday morning, claiming a ‘water main break’ in Georgia was staged so Biden votes could be added in. A top GOP election official in Georgia has already debunked similar claims about a water leak

Monday is the day set by law for the meeting of the Electoral College and electors are meeting in all 50 states and the District of Columbia to cast their ballots.

The results will be sent to Washington and tallied in a January 6 joint session of Congress over which Vice President Mike Pence will preside.

The electors’ votes have drawn more attention than usual this year because Trump has refused to concede the election and continues to make baseless allegations of fraud.

On Monday morning, he continued to tweet wild allegations.

Answering a question posed by Fox Business Network’s Maria Bartiromo, ‘Why did the Swing States stop counting in the middle of the night?’ Trump replied, ‘Because they waited to find out how many ballots they had to produce in order to steal the Rigged Election.’

‘They were so far behind that they needed time, & a fake “water main break”, to recover!’ Trump said.

A water leak occurred at a site in Georgia, but a top Republican election official said it had no impact on the vote tally.

Trump is attempting to undermine Biden’s presidency even before it begins. 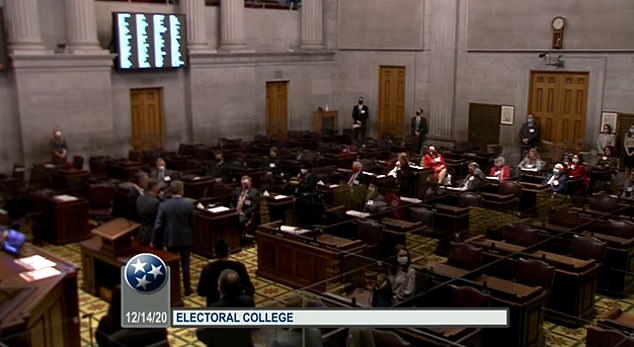 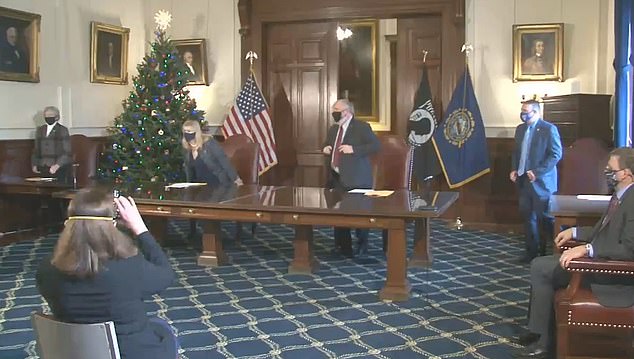 ‘No, I worry about the country having an illegitimate president, that’s what I worry about. A president that lost and lost badly,’ Trump said in a Fox News interview that was taped Saturday.

Following weeks of Republican legal challenges that were easily dismissed by judges, Trump and Republican allies tried to persuade the Supreme Court last week to set aside 62 electoral votes for Biden in four states, which might have thrown the outcome into doubt.

The justices rejected the effort on Friday.

Biden is planning to address the nation Monday night, after the electors have voted.

In 32 states and the District of Columbia, laws require electors to vote for the popular-vote winner.

The Supreme Court unanimously upheld this arrangement in July.

Electors almost always vote for the state winner anyway because they generally are devoted to their political party.

There’s no reason to expect any defections this year.

Among prominent electors are 2016 Democratic presidential nominee Hillary Clinton – who will get to cast a vote against Trump – Democrat Stacey Abrams of Georgia and Republican Gov. Kristi Noem of South Dakota.

The voting is decidedly low tech, by paper ballot.

Electors cast one vote each for president and vice president.

The Electoral College was the product of compromise during the drafting of the Constitution between those who favored electing the president by popular vote and those who opposed giving the people the power to choose their leader.

Each state gets a number of electors equal to their total number of seats in Congress: two senators plus however many members the state has in the House of Representatives.

Washington, D.C., has three votes, under a constitutional amendment that was ratified in 1961.

With the exception of Maine and Nebraska, states award all their Electoral College votes to the winner of the popular vote in their state.

The bargain struck by the nation’s founders has produced five elections in which the president did not win the popular vote.

Trump was the most recent example in 2016.

Before that, it was George W. Bush, another Republican, in 2000.

Biden topped Trump by more than 7 million votes this year.

On January 6, Congress will tally the vote in a House of Representatives session that Pence, as president of the Senate, will preside over.

Some House Republicans have said they will challenge certain states’ counts, but they need a member of the Senate in order to do so successfully.

If that occurred, the House and Senate would have to debate the challenge – holding up the tally for several hours.

A simple majority will kill the challenge.

From there, there’s one more step: inauguration on January 20.