President Joe Biden announced that he will pardon thousands of Americans who have been convicted of ‘simple’ marijuana possession with less than five weeks until the midterms and five more states considering legalization in November.

White House officials said more than 6,500 people would be impacted by the pardons, along with thousands under a similar D.C. law that is also part of Biden’s order.

‘Sending people to prison for possessing marijuana has upended too many lives and incarcerated people for conduct that many states no longer prohibit,’ the president said in a statement. He later released a video message.

Biden is also urging governors to do the same for state convictions.

Additionally, Biden is having the Department of Health and Human Services and Attorney General Merrick Garland ‘review expeditiously’ how marijuana is scheduled under federal law.

Marijuana remains a Schedule I drug – alongside heroin and ecstasy, and above fentanyl and cocaine – despite it being legal for medicinal and recreational use in many states.

‘As I often said during my campaign for President, no one should be in jail just for using or possessing marijuana,’ Biden said in a statement. 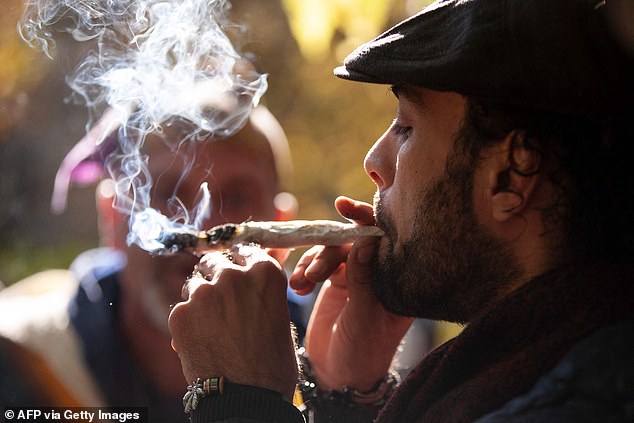 Under federal law marijuana remains a Schedule 1 drug and a simple marijuana possession carries a $1,000 fine and up to a year in prison for first-time offenders 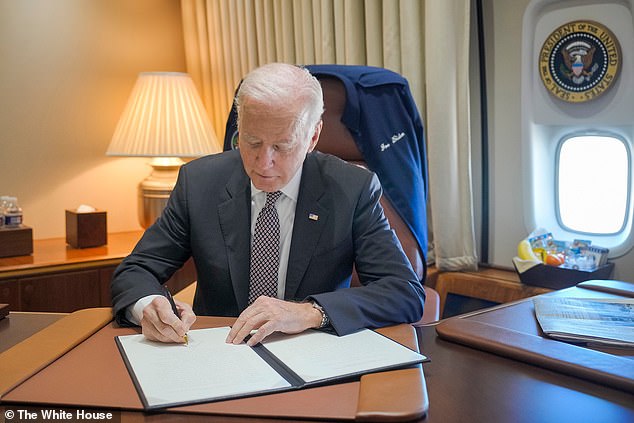 ‘Too many lives have been upended because of our failed approach to marijuana. It’s time that we right these wrongs,’ the president added.

The DOJ will be tasked with getting individuals a certificate acknowledging their pardon.

Officials also said that no one is currently in prison solely on an marijuana possession charge.

‘Simple’ marijuana possession is considered a Class A Misdemeanor that carries a $1,000 and up to a year in prison for a first-time offender.

White House officials also made clear that no one could be prosecuted with this crime at the federal level after Thursday. 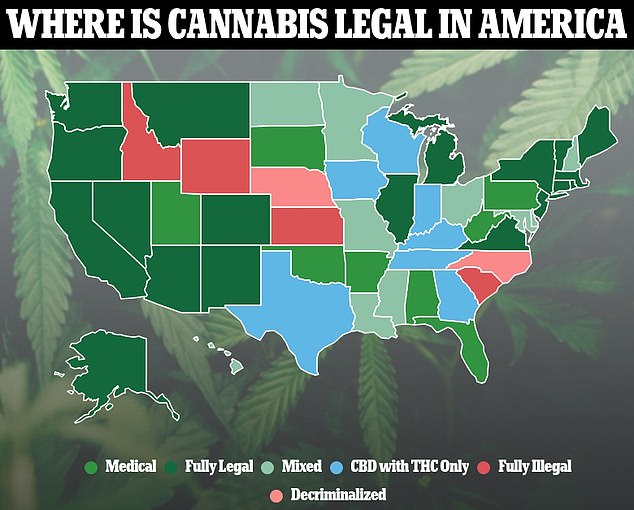 The policy change comes a month and two days before the midterm elections.

‘Members of Congress have been working on this issue, but that effort has stalled, and we’re almost at the end of the Congress. So the president has been considering his options and he’s now taking executive action to address the country’s failed approach to marijuana,’ a senior administration official answered when asked about the timing.

It could make a difference in some key races where Democrats need to point to progress to win.

For instance, Democratic Pennsylvania Senate hopeful John Fetterman called on Biden to deschedule marijuana, with the aim of decriminalizing nationally, before he appeared alongside the president over Labor Day weekend.

‘This is a BFD and a massive step towards justice,’ Fetterman said in a statement Thursday.

Fetterman – engaged in one of the tightest Senate races – was given a heads up by the White House about the plan, Politico reported.

In the past, Biden has expressed reservations about making marijuana fully legal.

Additionally, on November 8 voters in five states – Arkansas, Maryland, Missouri, North Dakota and South Dakota – will decide whether to legalize pot for people over 21 years old.

They would join 19 states that have already legalized recreational pot.

In a Politico survey release earlier this week, 60 percent of respondents said they were for marijuana being legalized nationally. Another 27 percent said they were not.

When political parties were accounted for, 71 percent of Democrats said they were pro-nationwide legalization, compared to 47 percent of Republicans.