President Joe Biden and New Zealand Prime Minister Jacinda Arden spoke about the wrenching issue of gun violence and terrorism during a White House meeting Tuesday – with Biden saying he has visited more mass shooting sites than any of his predecessors.

Biden made the unusual comment days after meeting with families mourning the tragic school shooting in Uvalde, Texas at the top of a meeting with Ardern, who spoke of her own countries response to the mass shootings in Christchurch in 2019.

‘We need your guidance,’ Biden told his counterpart – in a reference to New Zealand’s ability to marshal a response to its own 2019 tragedy.

‘There’s an expression by an Irish poet. Too long a suffering makes a stone of the heart,’ Biden said. ‘Well there’s an awful lot of suffering.’

‘I’ve been to more mass shooting aftermaths than I think any president in American history, unfortunately,’ he said.

He referenced his trip to Uvalde, where he consoled families of victims of the school shooting and attended Mass at a church that has been providing comfort to the grieving community.

‘Much of it is preventable and devastation is amazing,’ Biden said. The president had gone to visit families of shooting victims in Buffalo just days earlier.

Despite his somber remarks, Biden was clearly enthusiastic to meet with Ardern, as the U.S. and allies seek to provide structure for the new U.S.-Pacific Economic Framework.

‘Can I say, Mr. president,’ the prime minister tried to respond grinning. ‘You can do anything you want,’ Biden told her.

Later, Ardern spoke to reporters about her meeting, but avoided several entreaties to get her to comment on the U.S. gun control fight – with no clear forward after the massacre, just as gun control legislation stalled after the Sandy Hook Elementary massacre nearly a decade ago.

‘All I can do is reflect on New Zealand’s own experience, and it did happen to us. And sure, it may not have been a frequent occurrence, but it happened.’

‘And in the aftermath of that the New Zealand public had an expectation that if we knew what the problem was that we do something about that. Now the context I had to give us our political system was very different. We had the ability with actually the the unanimous support of parliamentarians place a ban on semi automatic military style weapons and assault rifles and so we we did that. But the New Zealand public safety expectation, first and foremost. 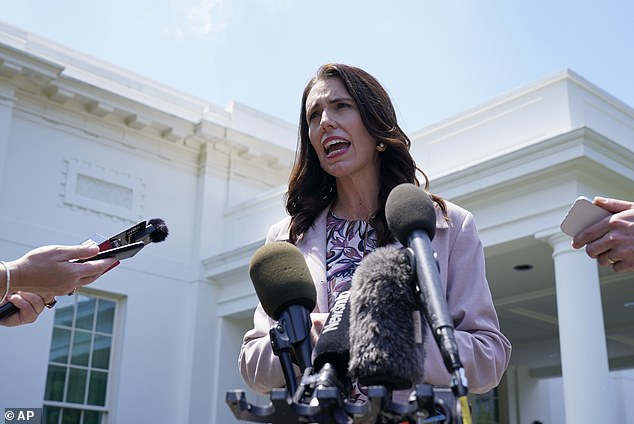 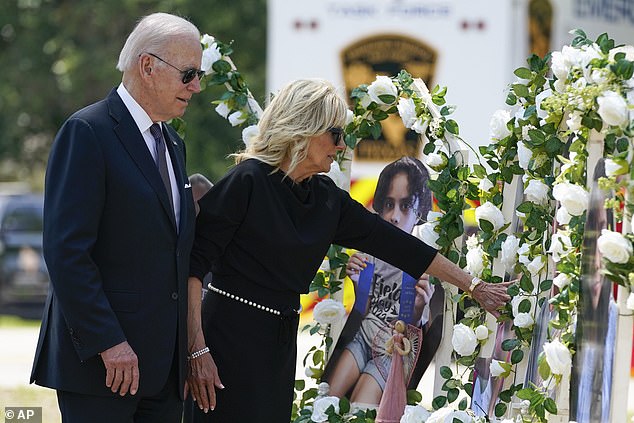 President Joe Biden and first lady Jill Biden visit a memorial at Robb Elementary School to pay their respects to the victims of the mass shooting, Sunday, May 29, 2022, in Uvalde, Texas 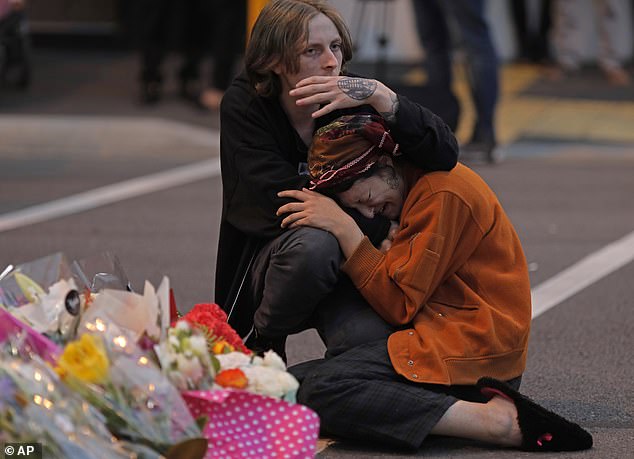 In this March 16, 2019, file photo, mourners pay their respects at a makeshift memorial near the Masjid Al Noor mosque in Christchurch, New Zealand. Biden said he would ask Ardern for ‘guidance’

Extremists killed 51 people in the 2019 mosque attacks in Christchurch.

There were no indications that the U.S. was poised to have a swift legislative response. Amid calls by gun control advocates, Senate Majority Leader Mitch McConnell indicated in Kentucky that lawmakers ‘might be able to come together to target the problem which is mental illness and school safety.’

The U.S. is trying to maintain strong alliances in Asia in part as a counter to a rising China. Ardern noted in her remarks with Biden that ‘our region is increasingly contested.’

She also referenced ‘domestic realities’ in an apparent reference to the Trans Pacific Partnership trade agreement that former President Donald Trump withdrew the U.S. from.