‘I’m worried she’s not going to come home one of these days’: Biden makes bizarre joke about Jill abandoning him for a reservation at tribal summit

President Joe Biden joked about first lady Jill Biden not coming home after her visits to Indian country, riffing during a tribal nations summit at the Interior Department.

Biden made the comment after describing his wife’s visit to a Cherokee Nation immersion school in Oklahoma, an effort to revive use of the Cherokee language. She took the trip along with Interior Secretary Deb Haaland, the first Native American to serve as a cabinet secretary.

‘By the way, she spent a lot of time on other reservations – other nations – as well,’ Biden said.

‘I’m worried she’s not going to come home one of these days when she goes.’

‘You think I’m joking,’ he told the crowd. ‘I’m telling you. I hear more about the Navajos than I hear about me. Y’all think I’m kidding, don’t you? Any rate …’ he said.

Then the president returned to his remarks about learning native language skills. He said it leads to better outcomes in school, and  ‘passes down old traditions to new generations. It matters.’

Biden’s banter came as his approval rating ticked up to 40 per cent in a new Reuters poll, after Democrats had a better than expected showing in the midterms, with Republicans seizing only a narrow House majority. 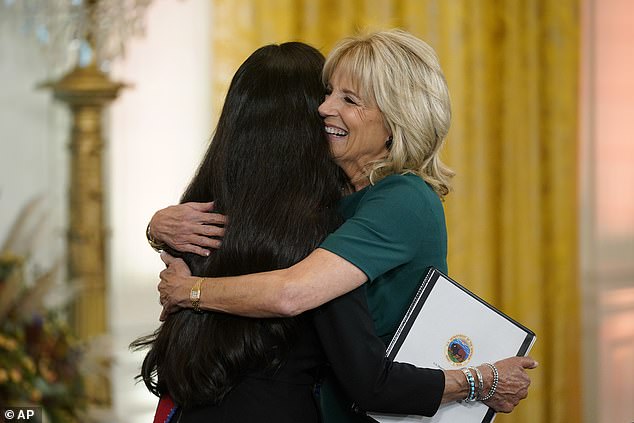 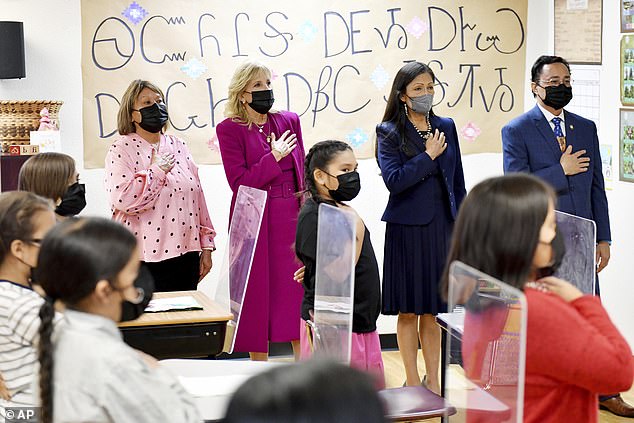 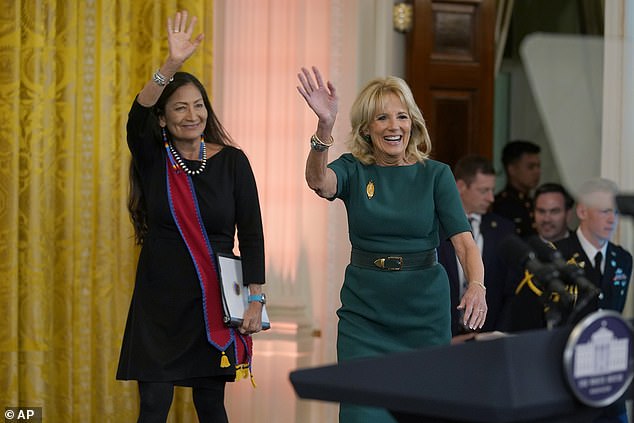 Biden made the joke as his public approval rating ticked up, a day after announcing

On Tuesday, he seized a microphone after the end of his remarks in Michigan to announce the U.S. World Cup team had defeated Iran, 1-0.

Biden made the remarks at an event Wednesday where he promised ‘respect for Indigenous knowledge and tribal consultations’ with Washington.

He also announced a plan to use $135 million in federal funds to relocate tribal communities from coastal areas subject to flooding and other impacts linked to climate change.

‘There are tribal communities at risk of being washed away. It’s devastating,’ he said.

He also said he is requesting $9.1 billion for the Indian Health Service.