Joe Biden’s relationship with Kamala Harris is in crisis, with her staff furious that she is being ‘sidelined,’ while the president’s team are increasingly frustrated by how she is playing with American public.

Harris’ approval rating has plunged even further than Biden’s in recent months, with rumors swirling that the president is considering appointing her to the Supreme Court as a backdoor method of selecting a new VP.

She and her top aides are meanwhile frustrated with Biden for handing her ‘no-win’ issues like the border crisis, White House insiders told CNN.

The cited how the president defended ‘white man’ Pete Buttigieg, the transportation secretary, more vigorously than her.

At the same time, Biden’s staff are privately disappointed with Harris over self-inflicted controversies, like her ‘awkward’ laughter when asked about visiting the border.

On Sunday night, White House Press Secretary Jenn Psaki appeared to respond to the CNN report with a furious tweet insisting that Harris is a ‘vital partner’ and ‘a bold leader who has taken on key, important challenges facing the country—from voting rights to addressing root causes of migration to expanding broadband.’

But privately, Harris aides gripe that she’s been set up to fail, and handed a portfolio that is not commensurate with her historic status as the first woman, and first woman of color, to hold the vice president’s office.

‘They’re consistently sending her out there on losing issues in the wrong situations for her skill set,’ a former high-level Harris aide told CNN. 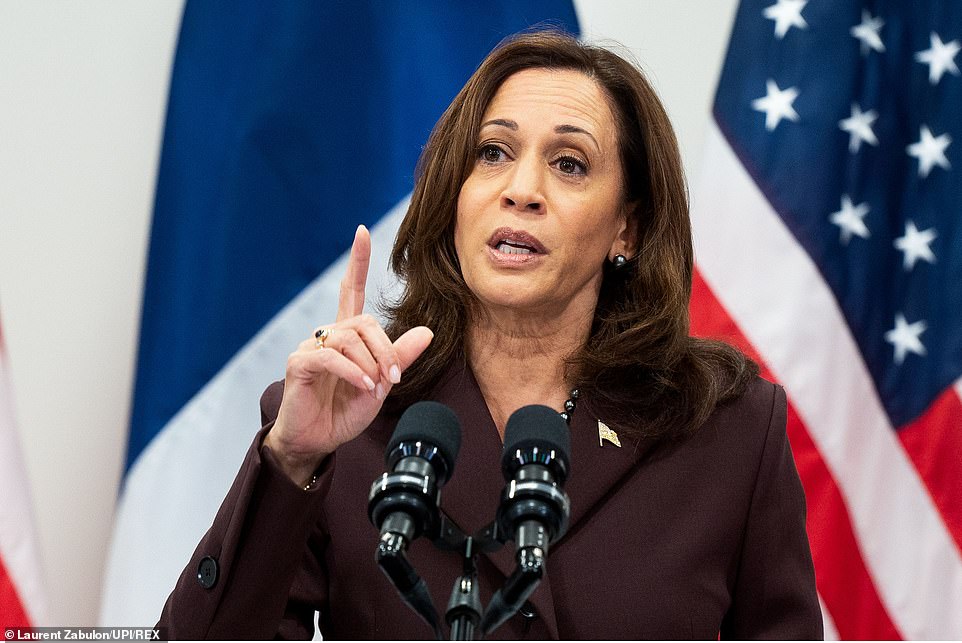 Publicly, the White House insists the relationship between Biden and Harris remains harmonious and productive. But privately, Harris aides gripe that she’s been set up to fail 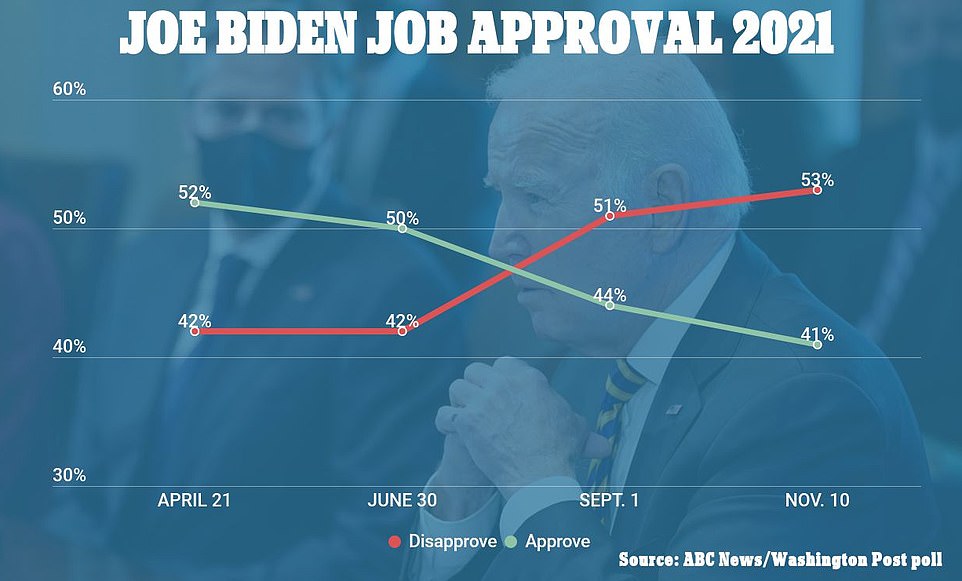 Typically, the incumbent vice president is considered an automatic lock for the party’s next open-field presidential primary.

For Democrats, it’s not clear whether that day will come in 2024, if Biden decides not to seek re-election at age 80, or 2028, if he runs again as he has vowed both publicly and privately.

Either way, top Democrats are already eyeing Harris’ poll numbers and assessing whether she is vulnerable to a primary challenge. Some have even begun quietly laying the groundwork for their own campaigns.

For Harris and her loyalists, it’s a political do-or-die moment less than a year into her term, with top aides fearing that she’ll pay the price for her loyalty to the president, and her willingness to take on what they view as thankless assignments.

In response to the reports of mounting frustrations in Harris’ inner circle, Harris spokeswoman Symone Sanders insisted that the talk amounted to pointless ‘gossip’.

‘It is unfortunate that after a productive trip to France in which we reaffirmed our relationship with America’s oldest ally and demonstrated U.S. leadership on the world stage, and following passage of a historic, bipartisan infrastructure bill that will create jobs and strengthen our communities, some in the media are focused on gossip – not on the results that the President and the Vice President have delivered,’ Sanders told CNN.

Several Harris aides claimed that West Wing staff have given her the cold shoulder in public controversies, while rushing to the defense of other top administration officials.

‘It’s hard to miss the specific energy that the White House brings to defend a white man, knowing that Kamala Harris has spent almost a year taking a lot of the hits that the West Wing didn’t want to take themselves,’ a former Harris aide told CNN. 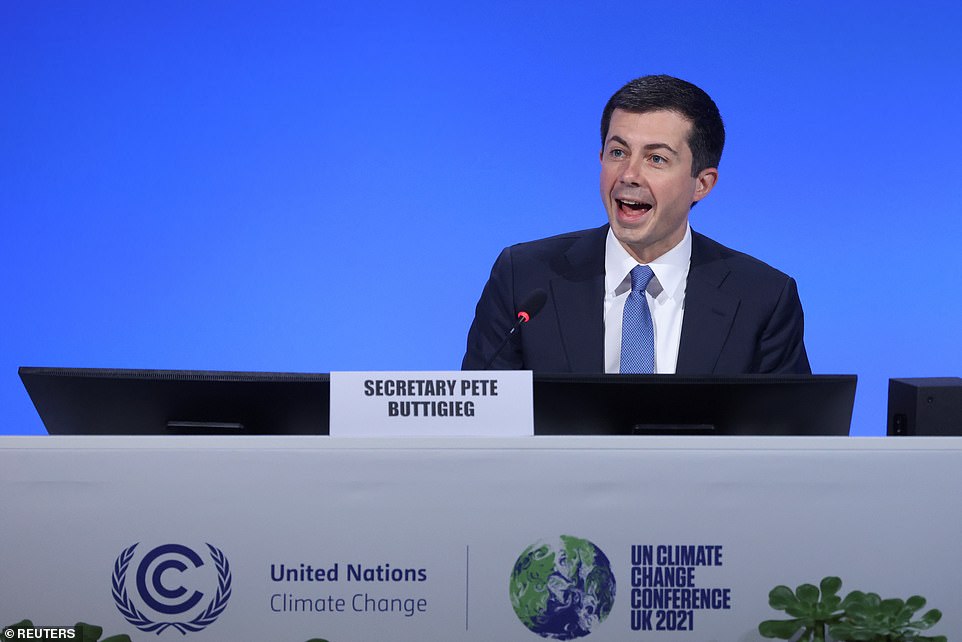 A former Harris aide slammed the West Wing for defending ‘white man’ Pete Buttigieg after his recent paternity leave, while allegedly leaving Harris in the cold

Perhaps adding to the tension in that case is the Buttigieg’s position as a likely challenger for the next open-field presidential primary. As an openly gay man, Buttigieg would also win ‘historic first’ status for the Democrats if he secured the nomination.

As transportation secretary, Buttigieg has seen his political star rise dramatically with the passage of Biden’s $1 trillion infrastructure package, much of which he will oversee.

The massive budget gives Buttigieg an opening to address his main weakness, his unpopularity with black voters, and he has already seized the opportunity by touting $1 billion in the bill to help reconnect cities and neighborhoods that were racially segregated or divided by road projects.

West Wing aides insist that they weren’t pitting one against the other in defending Buttigieg.

Buttigieg, they say, hadn’t done anything wrong in taking paternity leave — and in fact it offered a convenient opportunity to promote Biden’s plans for paid family leave as part of his social spending package.

On the other hand, White House aides say, Harris stumbled needlessly into controversy, for instance when she failed to push back on a student who accused Israel of ‘ethnic genocide’ during a classroom visit.

That was a mess into which West Wing aides had no desire to wade.

Harris’ team remains angry that Biden assigned her to address the ‘root cause’ of illegal migration to the US, a political hot-potato with no easy wins that is potentially damaging the vice president’s further political ambitions.

The dramatic surge of migrants crossing the southern border was the Biden administration’s first crisis, and photos and video of crowded and squalid facilities for unaccompanied minors quickly became a political liability.

Biden assigned Harris to handle diplomatic relations with the Northern Triangle nations, in hopes of addressing the root causes of migration to the US — though not, as she frequently pointed out with the humanitarian crisis at the border itself.

Nevertheless, Harris became a major public face of the crisis, infuriating her loyalists who believed she’d been saddled with a no-win political situation.

On the other hand, Biden’s team was said to be annoyed by her fumbled responses to questions about the border, including an awkward laugh when NBC News anchor Lester Holt pressed her on the issue. 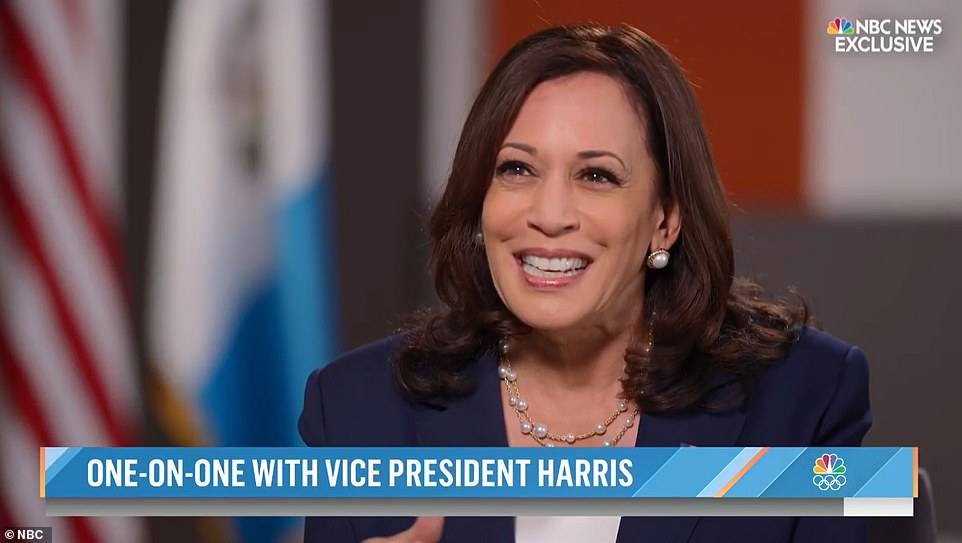 Biden’s team was said to be annoyed by Harris’ fumbled responses to questions about the border, including an awkward laugh (above) when Lester Holt pressed her on the issue

Some in the West Wing was also irritated when, weeks later, Harris made a last-minute trip to the border with little warning to the White House. But others say that this was a misunderstanding, and that Biden’s chief of staff was aware of the trip, but kept a tight lid on it to prevent leaks.

Again, though, some in Harris’ inner circle believe that the White House failed to defend her robustly in the face of criticism over the border.

They were also infuriated that Harris was tasked with delivering the administration’s harsh message warning migrants ‘do not come,’ a policy that rankled the progressives in the Democratic Party, one source told CNN.

Harris reportedly complained to confidantes that she wasn’t given a bigger role and more access to Biden’s withdrawal of US troops from Afghanistan.

Aides say that as a result, when the plan descended into deadly chaos, she didn’t have the adequate background and briefing to defend Biden publicly.

This is despite Harris boasting that she was the ‘last voice in the room’ when Biden decided to commit to the withdrawal. 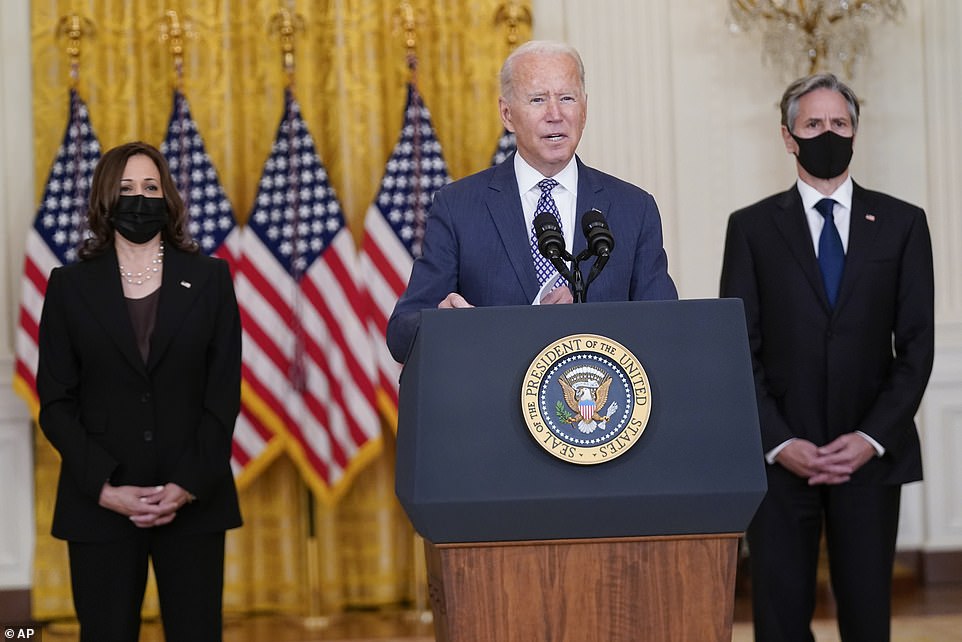 Harris stands by as Biden speaks about the evacuation of American citizens, their families, SIV applicants and vulnerable Afghans in the East Room of the White House on August 20

On the one issue Harris actually requested to be assigned, voting rights, her team is said to be frustrated that Biden has instead put the spotlight, and the energy of Congress, on his ambitious spending plan.

‘Kamala Harris is a leader but is not being put in positions to lead. That doesn’t make sense. We need to be thinking long term, and we need to be doing what’s best for the party,’ a top donor to Biden and other Democrats told CNN.

‘You should be putting her in positions to succeed, as opposed to putting weights on her. If you did give her the ability to step up and help her lead, it would strengthen you and strengthen the party.’

According to CNN, Harris’ chief of staff, Tina Flournoy, went to Biden’s chief of staff Ron Klain over the summer and told him the office was drowning and needed more help.

Klain, known within the administration as a defender of Harris, advised her that the VP’s office has a separate budget, and encouraged getting creative with finding resources to help.

Subsequently the DNC hired a contract consultant in part to help with the Harris portfolio — but that is going poorly, people familiar say. 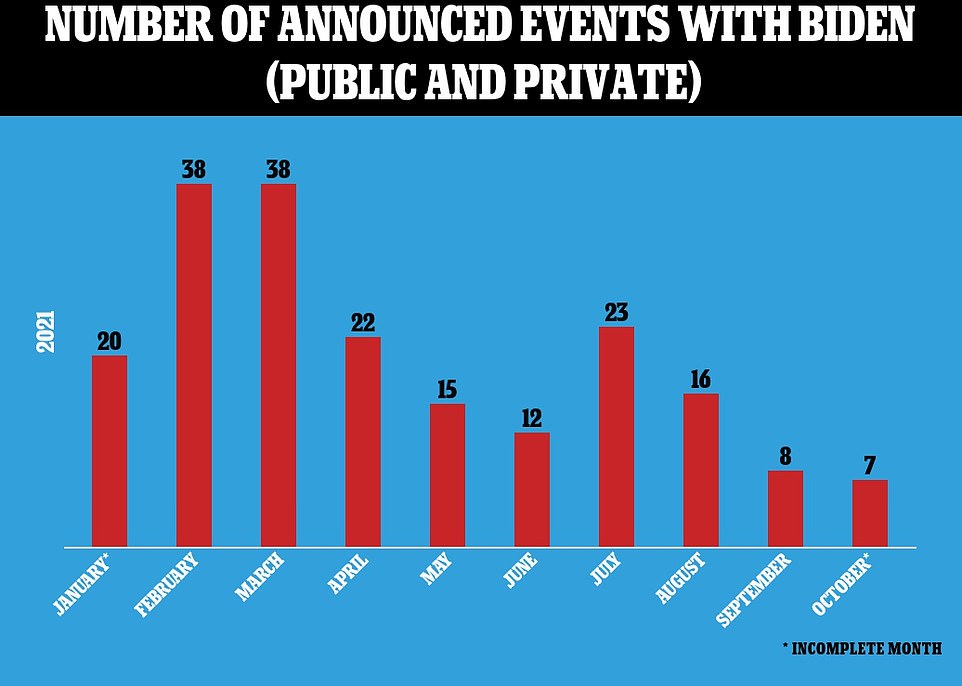 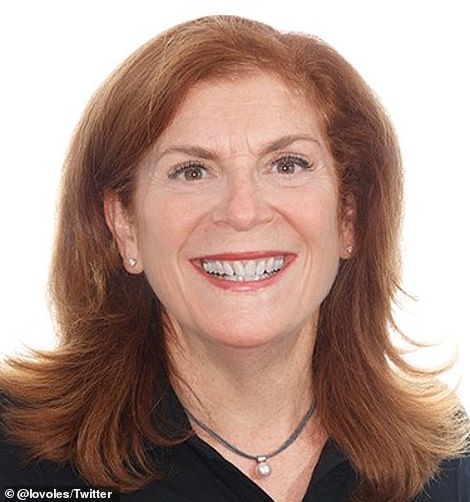 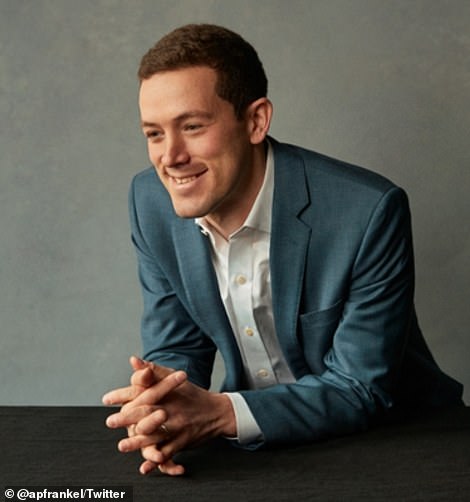 Meanwhile, Flournoy has been turned down by several others who are unwilling to work in Harris’ office.

And some current Harris staffers have been quietly reaching out to contacts seeking other opportunities, CNN reported.

Klain downplayed any criticism of the vice president, telling CNN that Harris and her team ‘are off to the fastest and strongest start of any Vice President I have seen.’

Harris tussled with DNC over handing over her campaign email list

In a dramatic tug-of-war that has not been previously reported, CNN disclosed that Harris’ team had been feuding with the Democratic National Committee since the presidential transition.

The DNC wanted the email lists from her campaign and super PAC, a valuable fundraising tool that would boost the party.

By complying, Harris would signal that she was a team player. But she’d also be losing control over a crucial and hard-built foundation for her next presidential bid. 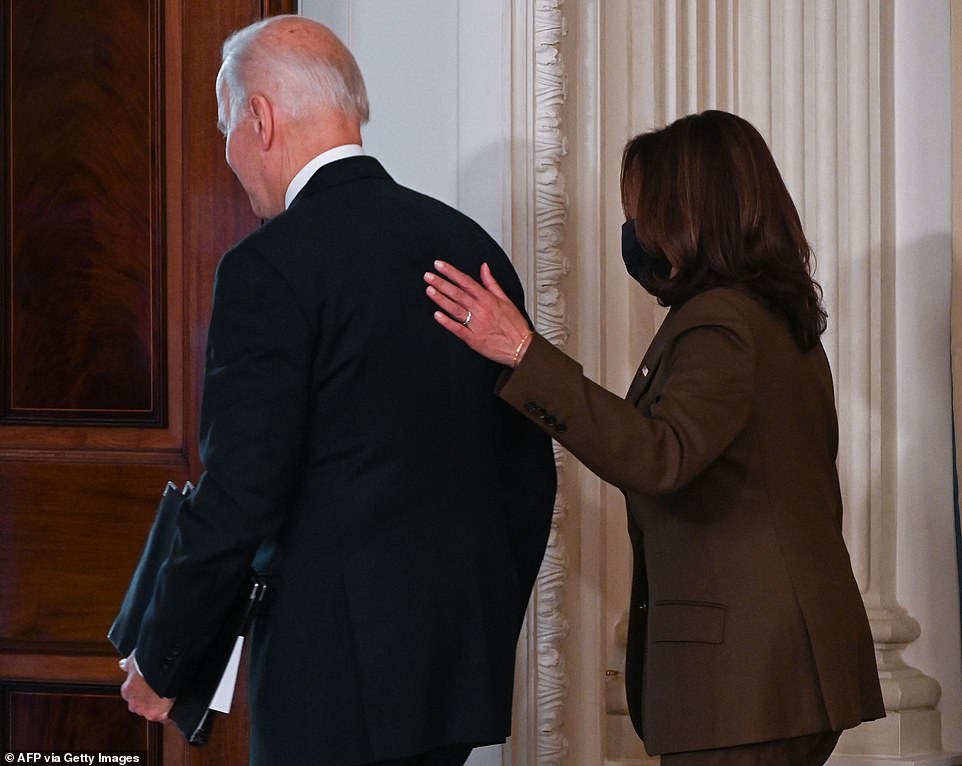 In the end, Flournoy put an end to the dispute by deciding to hand the list over, telling DNC lawyers on a phone call that they were all on the same team.

But months later, the email list still hasn’t arrived at the DNC, according to CNN.

Harris aides have been told that the transfer has been held up by a complaint about the Biden campaign lodged with the Federal Election Commission.

Harris aides anxious about outside influence: Some fear they are being frozen out in favor of advice from her family

Harris has in the past always relied on her outside network, including her family, and such a scenario is not uncommon for presidents or vice presidents.

But aides always fear access they can’t control, and advice they don’t hear, and they may suspect that Harris’ outside network is doing more harm than good. 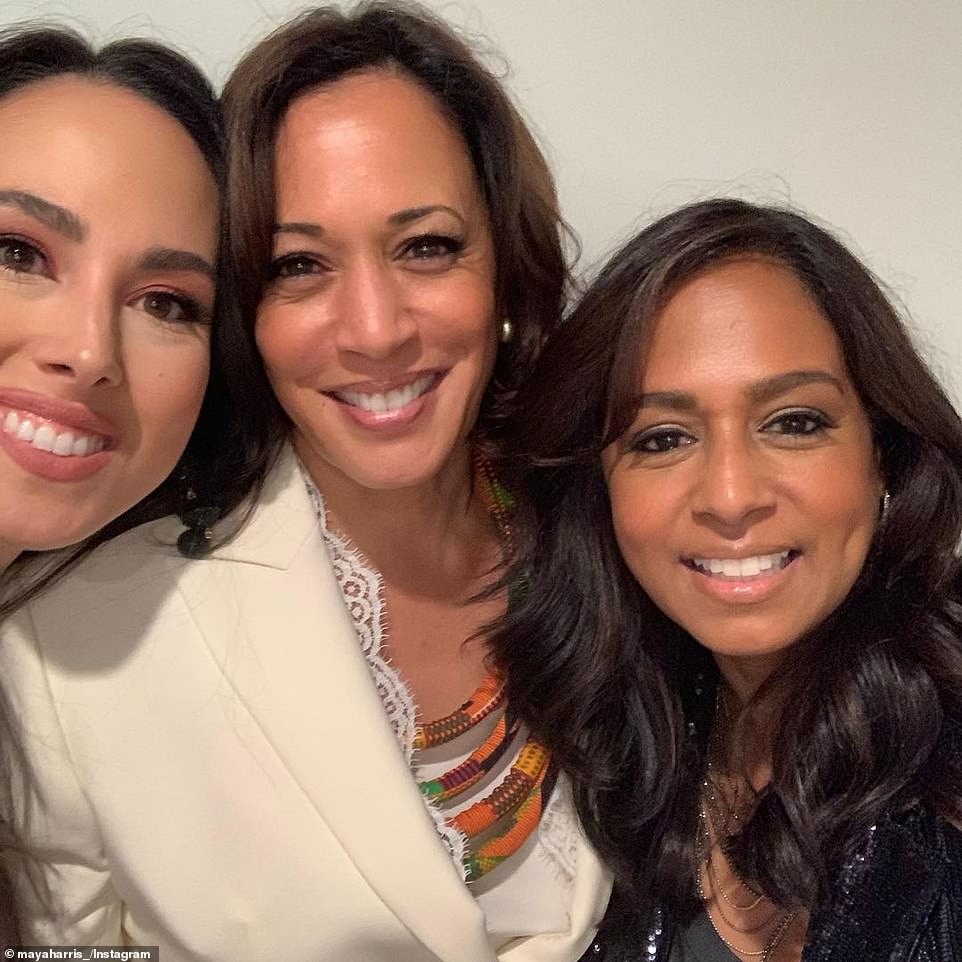 Several people familiar told CNN that after a spike in involvement earlier in the year, the family has been pushed further out again recently.

As Harris has struggled politically, her inner circle has speculated that malign forces are out to get her.

Some suspect the president himself is leaving her out in the cold, while others believe specific West Wing staffers have it out for her, perhaps due to lingering grudges from the primary.

The situation hasn’t been helped by a series of damaging leaks from the West Wing questioning her political judgement and describing dysfunction in her office.