Beverly Johnson was seen with her fiancé Brian Maillian on Thursday.

The 70-year-old supermodel, who has appeared on the cover of Vogue and Glamour, posed next to him at the 34th Annual Palm Springs International Film Awards After Party at Palm Springs Convention Center.

Both wore black clothing as they mingled with Cate Blanchett and Michelle Williams.

Still happy: Beverly Johnson was seen with her fiance Brian Maillian on Thursday. The 70-year-old supermodel, who has appeared on the cover of Vogue and Glamour, posed next to him at the 34th Annual Palm Springs International Film Awards After Party

The lovebirds have been engaged for two years.

Her husband-to-be is 72-years-old. ‘We know the same songs and we’ve lived through a lot of the same things,’ added the catwalk queen who lives with her fiancé in Rancho Mirage, California. 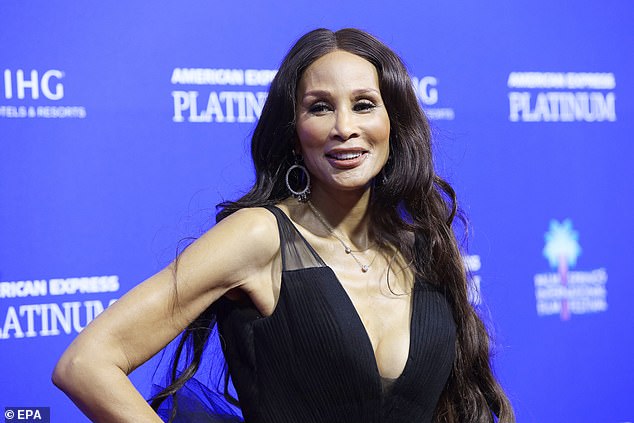 She still is a stunner: The cover girl looked toned in her plunging and sleeveless dress 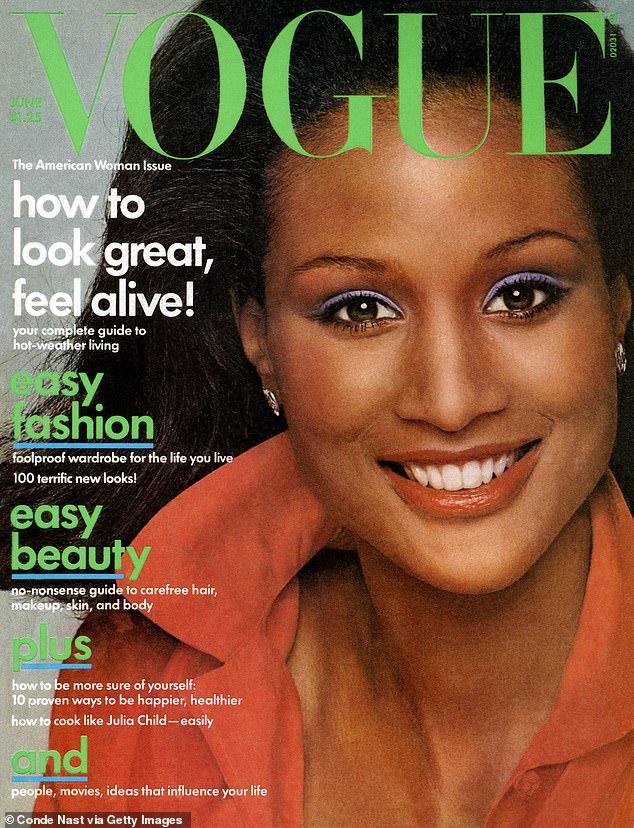 Stunning: Here she is seen on a Vogue cover with purple eye shadow

‘Just finding the love of my life at this point in my life has been amazing,’ she told People.

She said Brian, a financier, is a trailblazer just like she was.

‘As I was breaking boundaries in the fashion industry, he was doing the same on Wall Street,’ said the beauty.

The proposal happened all of a sudden, she said, when they were in Palm Springs with family. 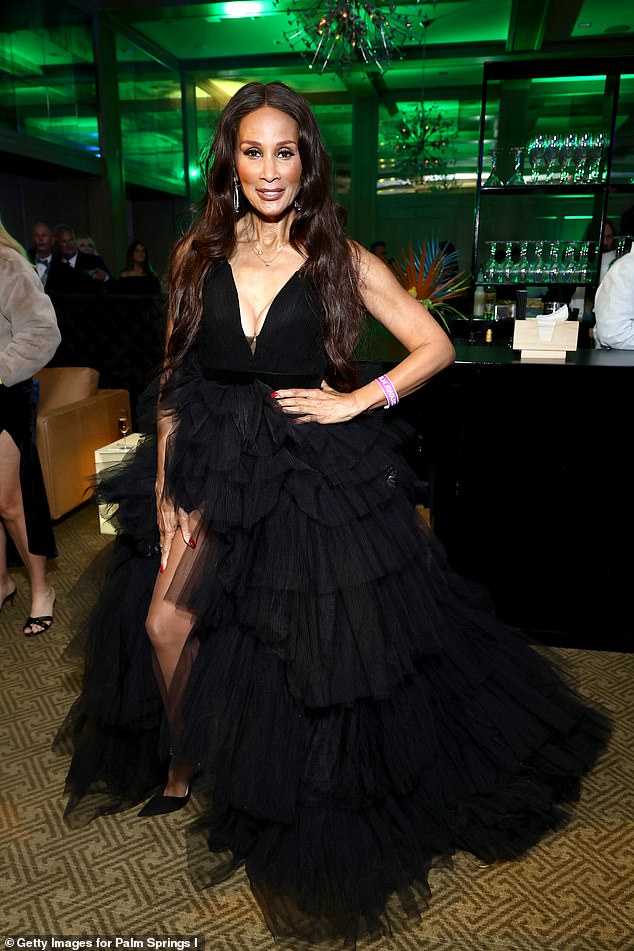 No ring, no problem: She did not seem to have her ring on her left hand 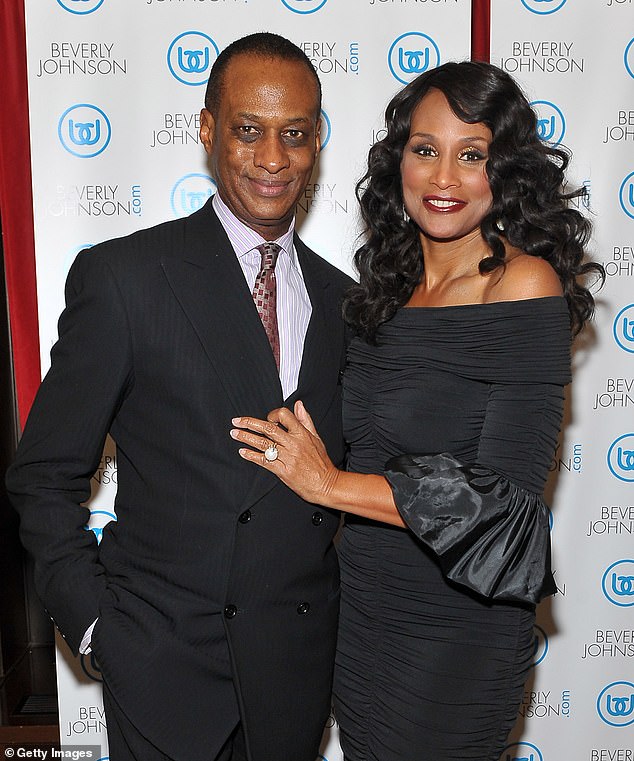 So much in common: Seen in 2011 with a ring on her wedding finger; she said he is a trailblazer just like she is

‘My older sister Sheilah was there and she said to Brian, “I didn’t hear you give my sister an answer when she asked you to marry her,”‘ Johnson stated.

Then Brian’s mother ‘took off her wedding ring and passed it down the table till it got to Brian and he got down on one knee,’ she added.

‘I was sobbing uncontrollably and he said, “Will you marry me?” and I said yes!’

Johnson took the ring off to returns it to his mother, but she told her to keep it on for the rest of the day. 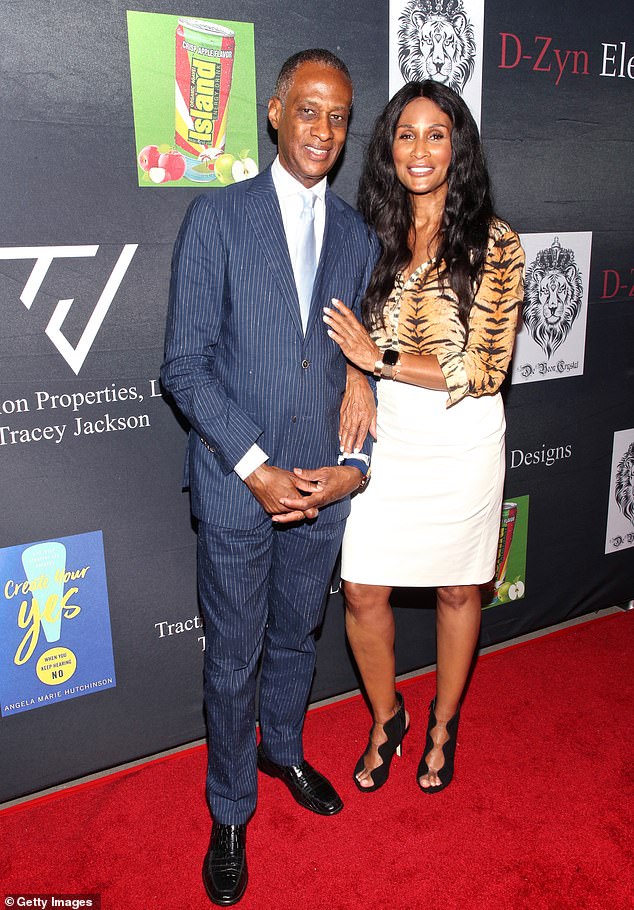 Close as can be: ‘Just finding the love of my life at this point in my life has been amazing,’ she told People. Seen in 2019

The proposal took her aback.

‘I was like how the heck did that happen? I was saying I’m never going to get married again,’ she said.

She has been wed to real estate agent Billy Potter and then music producer Danny Sims, with whom she has daughter Anansa.

When it came time to buy her a ring, she said she would rather have a house than a diamond. 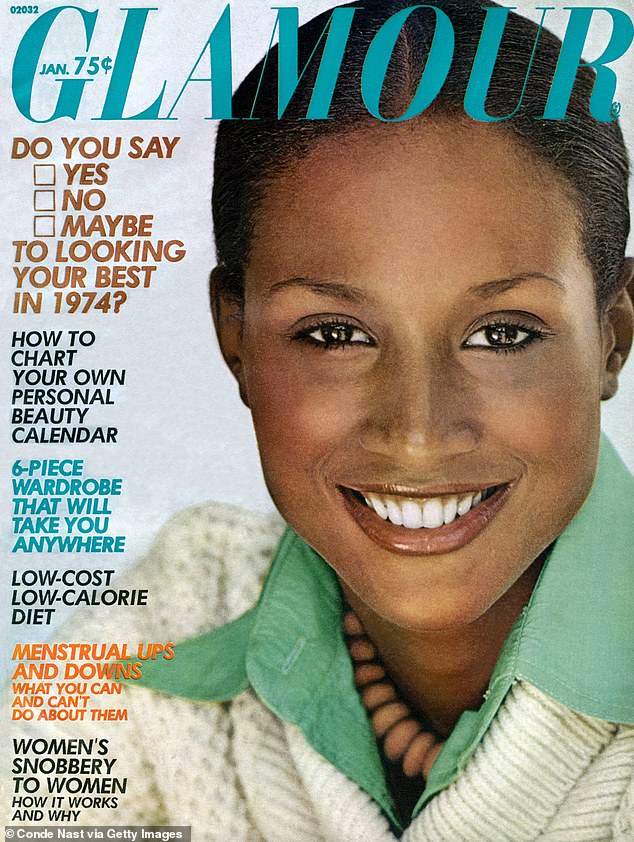 Haute stuff: The stunner also made the cover of Glamour magazine