Electric car owners have been casting their votes on which public charging networks are best – and the ones that other EV owners should steer clear of.

Fastned and MFG EV Power scored the joint highest customer satisfaction rating in this year’s report published by Zap-Map, which is based on the feedback of 4,300 owners of battery-powered vehicles.

At the opposite end of the spectrum, it is bad news for two of the biggest oil giants, with BP and Shell – both of which recently announced soaring profits – seeing their networks slip towards the bottom of the league table.

The poll results follow an investigation by the BBC earlier this week looking into the reliability of charging infrastructure in Scotland, finding that a quarter of public devices are faulty.

Best and worst electric car charging networks REVEALED: Some 4,300 EV drivers in the UK have cast their verdicts on 21 different operators, rating them for reliability, ease of use, customer support, value for money, and payment options

With almost 36,000 public devices now in service, over one million plug-in vehicles – both fully-electric and plug-in hybrid – on Britain’s roads and the 2030 deadline for the sale of new petrol and diesel cars very much on the horizon,  the importance of the poll is growing every year.

Each operator is scored out of five stars, with the overall rating based on five key areas: reliability, ease of use, customer support, value for money, and payment options.

Taking the crown as the best Britain has to offer currently is two ultra-rapid networks: Fastned and MFG EV Power.

Fastned is a relative newcomer to the market, with the European operator expanding its UK charging network this year with a handful of ultra-rapid hubs.

Both have sites with multiple plug-in points: Fastned has 30 rapid charging devices and 31 ultra-rapid devices at 12 locations across the UK while MFG EV is bigger with 220 ultra-rapid chargers at 43 locations, most of them fuel station forecourts.

They each scored particularly highly for reliability and ease of use, and they both secure the ‘Best EV Charging Network’ badge from Zap-Map.

Taking third place in the rankings for 2022 is rapid network InstaVolt, ahead of Connected Kerb and Osprey Charging – the latter of which hit news headlines at the end of September when it announced it would be increasing its charging rates to £1 per kWh – though it has since slashed that price to 79p as of 1 November.

Towards the bottom end of the order are networks backed by two of the biggest oil giants: BP and Shell.

The two companies have come under huge scrutiny in recent days having reported third-quarter profits of £8billion and $9.45billion respectively as the cost of oil and energy surges.

The BP Pulse network – which claims to be the ‘most-used’ and third largest in Britain with almost 3,000 devices across 1,561 locations – ranked 20th out of 21 networks.

It earned a low ranking for reliability and ease of use.

‘As well as growing the number of high-speed chargers, we’re upgrading our network and investing in giving customers the service they expect.

‘Our own data shows strong and improving network reliability and customer satisfaction. We’re committed to continue to deliver improvements for our customers.’

It is currently the most expensive of all public charging networks in Britain with rates of 79p per kWh to use its 50kW ‘rapid’ devices and 85p to access its ‘ultra-rapid’ chargers with speeds in excess of 150kW.

In last place is Charge Your Car, which happens to be owned by BP Pulse. It has more than 440 rapid, fast and slow charging devices across the country, which is fewer than last year (660).

It was rated worst of all networks for reliability, ease of use, and customer support. 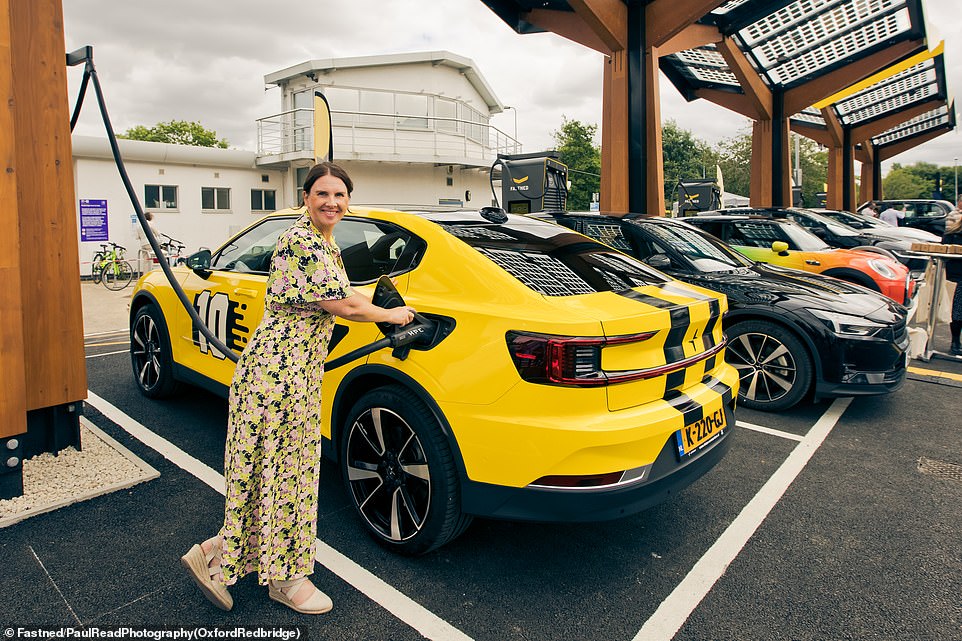 Fastned is a relative newcomer to the market. In fact, 2022 is the first year it has been included in the Zap-Map survey. The European operator, which has been expanding its UK charging network this year with a handful of ultra-rapid hubs, placed joint first 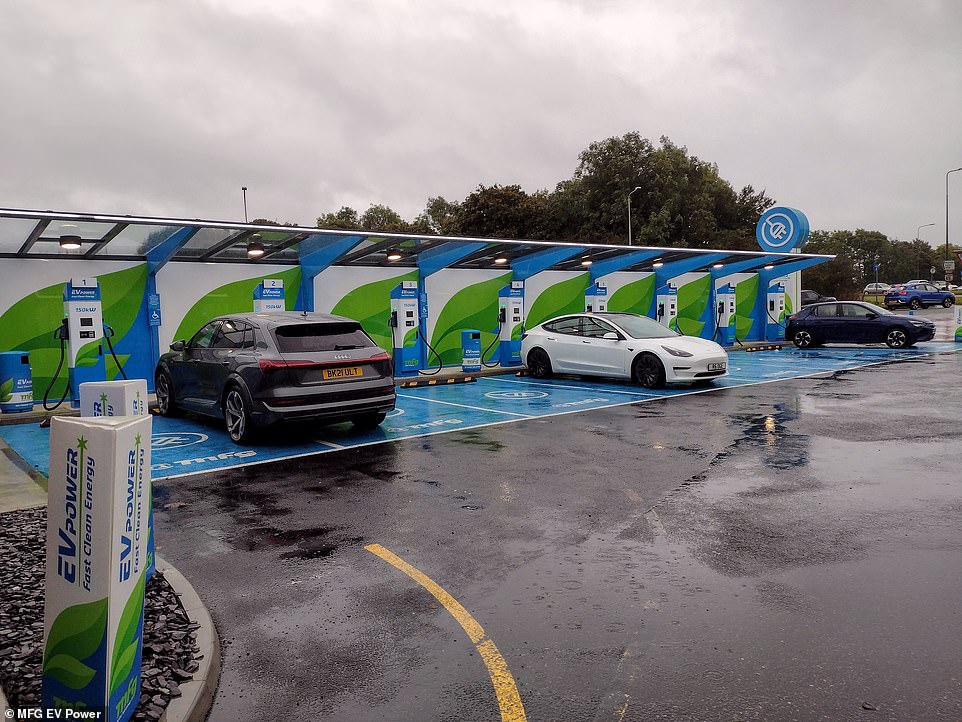 Also rated in joint first position is MFG EV Power, which has 43 multi-device locations across the country, most of them linked to fuel station forecourts. It rated highly for reliability and ease of use and earned Zap-Map’s ‘Best EV Charging Network’ title

Significantly, two networks to have slipped down the table since last year are Gridserve Electric Highway and GeniePoint.

The two networks, which both operate a large number of chargers across the country, came lower down in terms of reliability than last year – an area both operators are working hard to improve upon.

Commenting on the results of this year’s poll, Zap-Map’s co-founder and COO, Melanie Shufflebotham, said: ‘Already this year we’ve seen huge change across the industry, from strong EV sales through to high growth in ultra-rapid infrastructure, and of course significant price fluctuations at the charge point due to rising energy costs.

‘Despite this, it’s clear that factors such as reliability and ease of use continue to be the most important in contributing to a good charging experience. These should be top priorities across all the UK’s public charging networks.

‘However, the Zap-Map survey shows that while many networks provide a dependable, easy-to-use service, others have room for improvement. As EVs increasingly enter the mainstream, it’s crucial that collectively we make public charging as simple and reliable as possible.’ 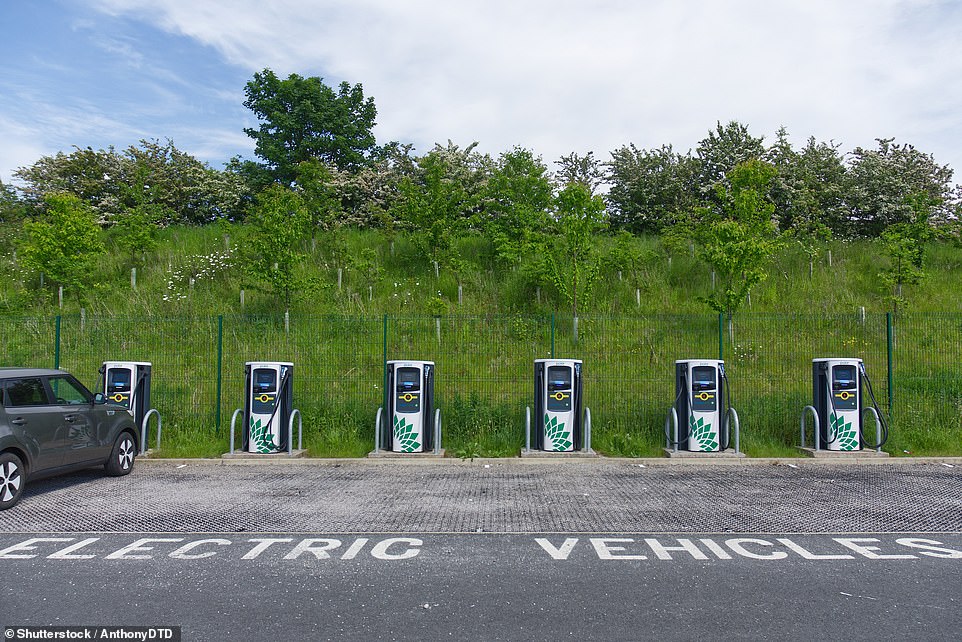 The BP Pulse network – which claims to be the ‘most-used’ and third largest in Britain with almost 3,000 devices across 1,561 locations – ranked 20th out of 21 networks 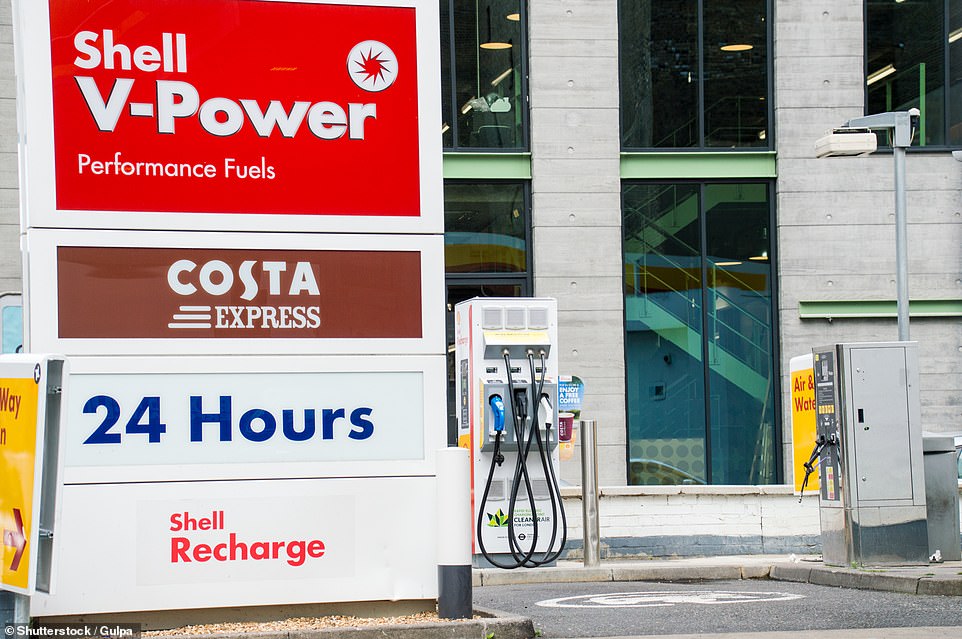 Shell Recharge placed just two positions higher in 18th. It is currently the most expensive of all public charging networks in Britain with rates of 79p per kWh to use its 50kW ‘rapid’ devices and 85p to access 150kW ‘ultra-rapid’ chargers

Spot-checks of charging devices in Scotland has found that 24 per cent are not working as they should be, according to a new investigation by BBC Disclosure.

The review looked at the state of 2,200 chargers installed using Scottish Government grants, finding that 535 of the units had issues, with faults ranging from broken plugs and screens to the system being offline.

All the chargers checked in the months of August and September are accessible using the ChargePlace Scotland App. 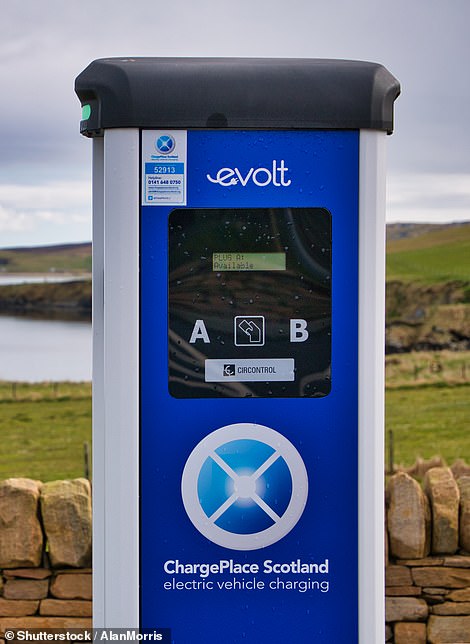 Of the 2,200 ChargePlace Scotland devices reviewed, there were issues with 545 units

Transport Scotland said it would ‘review the data’ collated by the BBC but claimed that its own information showed reliability woes with just two per cent of devices.

In Zap-Map’s survey, ChargePlace Scotland ranked 12th out of the 21 operators reviewed by the public.

This is primarily due to the extensive network of charging points currently being free to use.

He added: ‘Private investment is therefore becoming a greater priority for the Scottish government, heralding a change in approach after almost a decade of decarbonisation efforts.

‘Local authorities are in the process of introducing commercial charging rates across the network, a move that is incentivising competition and delivering increased investment.

‘Various challenges exist across Scotland’s infrastructure currently, but we believe these will be resolved in the near future.’