‘Let’s not try to repeat that again!’: Bernardo Silva insists Manchester City never want to win the Premier League title in the same dramatic fashion as they did this year

By Jack Gaughan For The Dailymail

Bernardo Silva insisted Manchester City never want to win any future Premier League title in the same dramatic fashion as they did on Sunday.

City appeared down and out with 14 minutes left, losing and waiting for Liverpool to beat Wolves and clinch the crown — before a rousing comeback.

The Etihad Stadium was a scene of emotion all day, with players and staff in tears after the final whistle.

‘I’m so happy, and the way it was makes it a little bit better but let’s not try to repeat that again,’ said Silva. ‘There was a bit of disbelief and we still had to believe in the turnaround.

‘When you beat a team as good as Liverpool, it feels better. We have won it the last few years against top, top teams.

‘But once again we are the best team in England and next year we will try to come back and give a bit more to the fans.’

Oleksandr Zinchenko was afforded the loudest roar by the crowd as he collected his league winners’ medal, with the left back having darted back to the dressing room to fetch a Ukraine flag.

The 25-year-old has been an integral member of Pep Guardiola’s squad after opting to continue playing despite Russia’s invasion of his homeland. 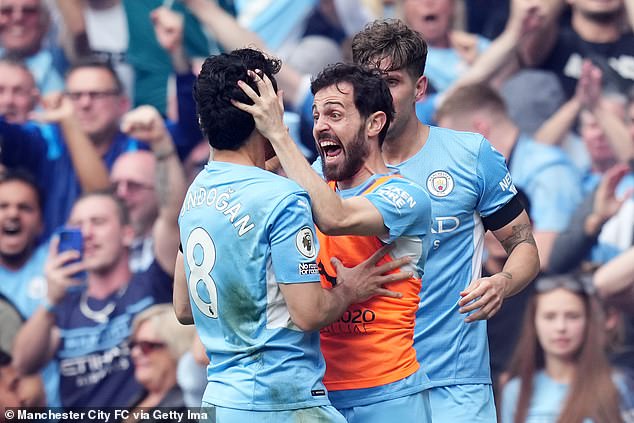 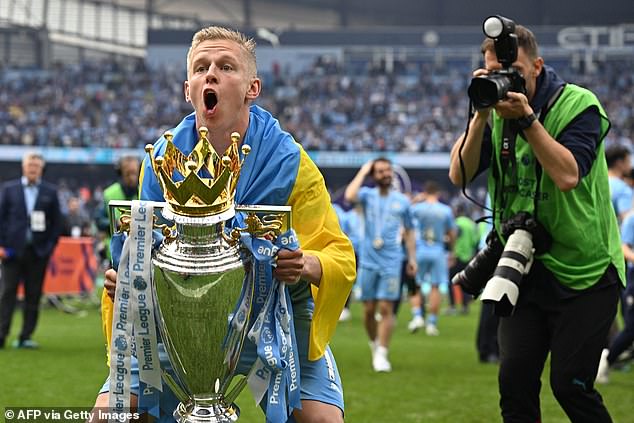 ‘It unforgettable for me, for the all Ukrainians who are starving, surviving in my country because of Russian aggression,’ Zinchenko said. ‘I’m so proud to be Ukrainian and I’d love to one day bring this title to Ukraine because they deserve it.

‘The support means everything for me, what people have done for me in this toughest period in my life, I will never forget about it.

‘At some points, especially in the beginning, I didn’t think about football, it’s impossible to live at the same time with what is happening in my country. With all the support I had, we did it.’