EXPRESS INFORMER > Sports > Benfica ‘are under investigation for MATCH-FIXING’

One of Portugal’s biggest clubs is under investigation for match-fixing, it has been revealed.

The charges, as revealed by the Portuguese press, relate to the period concerning 2016-2020 and have embroiled all of the club’s board members from that period and thereafter.

It comes just a year-and-a-half after Benfica’s long-time president Luis Filipe Vieira was forced to resign in disgrace having been arrested on charges relating to tax evasion, aggravated fraud, forgery and money laundering.

Part of the charges levelled against him saw him accused of embezzling funds, alongside a fellow defendant, totalling around £2m.

In 2018, Vieira sought to clear the club’s name after it was accused of corruption by investigators.

‘The accusation does not minimally change our certainty of the total legality of Benfica SAD’s acts and behaviour, be it in this or other processes,’ the then-president said. Adding that ‘the legal institutions will clear Benfica’s good name’.

Rui Costa’s appointment following the embarrassment experienced by the club of Vieira being forced to resign was supposed to hail in a new era of transparency and a clean slate but the latest worries risk further concern for the club.

The investigation is said to stem from prosecutors’ access to emails, with the club said accused of benefitting from several fraudulent results in the period concerned in the investigation. 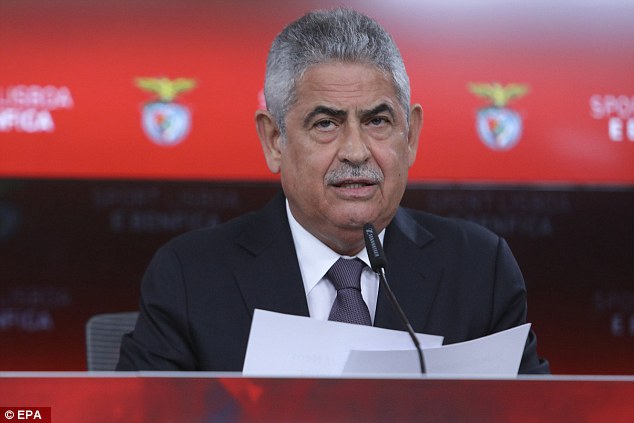 Costa, who was initially appointed vice-president for the 2020-2024 quadrennial before taking the helm, is among those of the club’s hierarchy currently under investigation, according to the Portuguese press.

The reports of the club facing an investigation were initially reported in the country’s media before Benfica moved to confirm the reports.

‘Taking into account the news made public today, Sport Lisboa e Benfica – Futebol SAD confirms that it appeared in court on January 3, as well as, among others, the members of the Board of Directors from 2016 to 2020 and who are currently office,’ the company’s brief statement reads.

‘Benfica SAD will not comment further as the trial is under legal secrecy. Benfica expresses its total willingness to collaborate with the competent authorities, as has always happened up to now.’