A battered and bruised St George Illawarra have pulled off an Anzac Day boilover, with a courageous Ben Hunt helping them stun the Sydney Roosters 14-12.

On a brutal afternoon at the SCG, the Dragons lost Jack Bird to suspected broken arm and Jaydn Su’A due to a leg injury after the second-rower had been among their best.

Down to 15 men just after halftime, the Dragons rolled out a clear plan to protect their 14-0 half-time lead while often handing it over on the last without kicking.

Crucially, they were able to back their defence which had previously been the worst in the NRL over the opening six rounds.

The Dragons held on for several sets on their own line and let the Roosters through just twice, with the majority of the final 20 minutes played at their end.

And while the Roosters struggled to trouble them in the first half, they put themselves back in the game at 14-12 with 10 minutes to play through tries to Sitili Tupouniua and Joseph Manu. 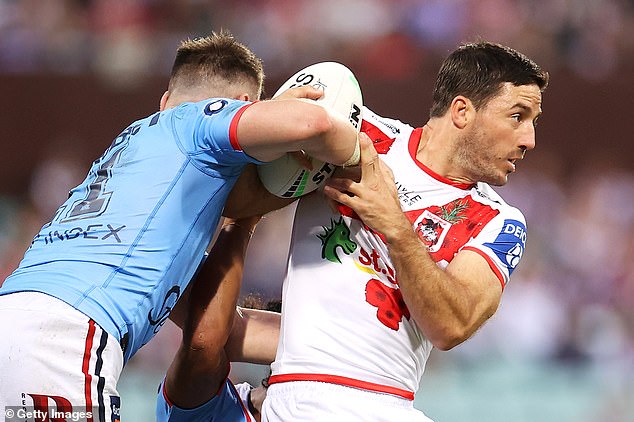 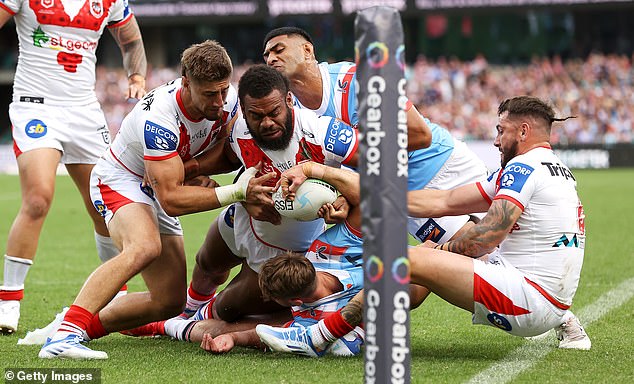 Then it was Hunt who stood up as captain, earning the Ashton Collier Spirit of Anzac Medal.

In the dying minutes he took a crucial run out of dummy-half, as the Dragons battled to get out of their own 20-metre zone.

Two plays later he booted a 40-20, finally giving the Saints field position for the first time in more than 20 minutes.

And just when it looked as if the Roosters could steal it in the final minute when Daniel Tupou broke down the left touch down, the Dragons skipper batted down his pass and saved the day. 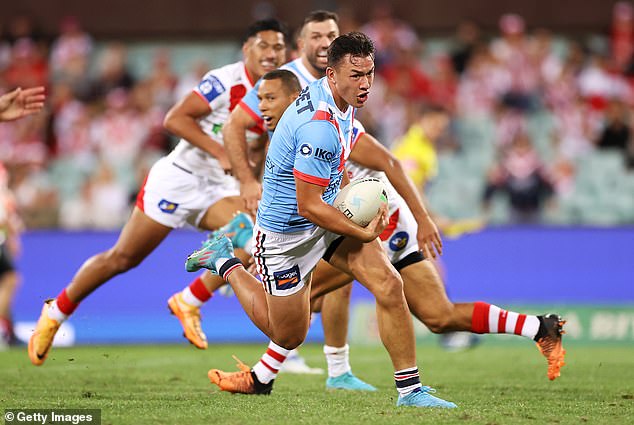 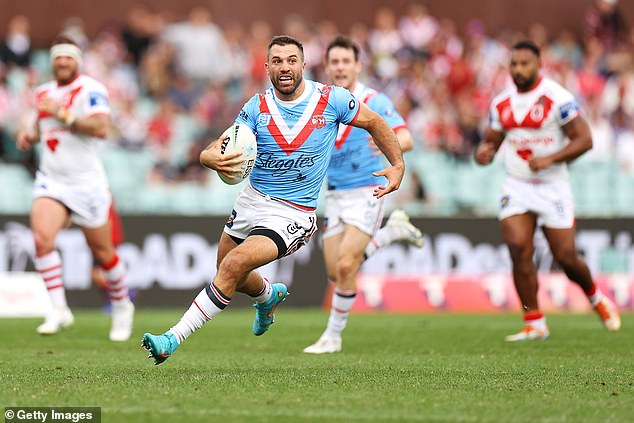 Hunt had earlier been influential in both of the Dragons’ tries, putting Francis Molo between Tupouniua and Siosiua Taukeiaho for his team’s first.

He also put up a kick for the Dragons’ second, helping Su’A go over after Paul Momirovski spilled it under pressure from Zac Lomax.

Lomax was also brilliant for the Dragons, coming up with defining plays for the second straight game.

After kicking the match-winning field goal against Newcastle last Sunday, he pulled off a smart second-half intercept and then forced Luke Keary out on attack with six minutes to play. 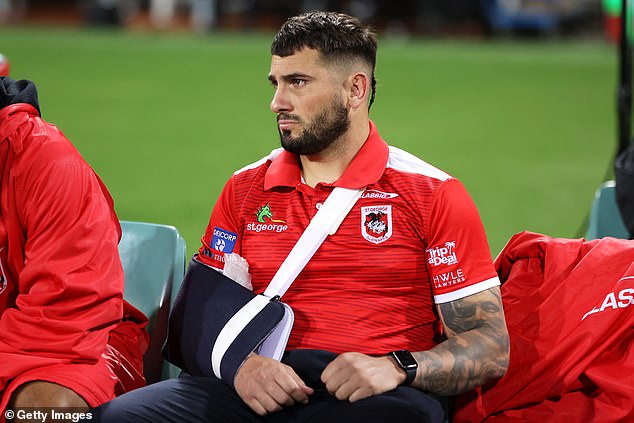 The Roosters protested that Keary had been held before a second effort to take him out, but referee Adam Gee ruled momentum had never stopped.

Ultimately though, they only had themselves to blame after a poor first half, with a penalty against Victor Radley for an early tackle just before the break proving decisive.

It marked the Roosters’ third loss of the year and their first on Anzac Day since 2018, while the Dragons have won two straight after breaking a four-match losing streak.