Bella Thorne appeared to be having a blast in a new short clip she shared on her main Instagram page earlier Monday.

The former Disney channel star, 24, donned a stylish one-piece swimsuit with a sheer skirt as she cooled off in a pool during a late summer getaway.

The actress and model has been enjoying time abroad in Greece along with her new beau and Hollywood producer, Mark Emms.

Stunning: Bella Thorne, 24, showed off her fit physique in a cutout swimsuit as she spent the day by the pool during a getaway to Greece

The Shake It Up alum flaunted her toned midriff in an eye-catching, blue one-piece swimsuit with fabric that was cut out at the waist.

The actress added a sheer skirt of the same color and fabric as she jumped into the shimmering water.

Bella threw on a pair of neon green sunglasses for an extra pop of color and to protect her eyes from the bright sun.

She added a caption to her short reel that was shared to her 25.3 million fans and followers, typing out, ‘It should cost a billion to look this good.’ 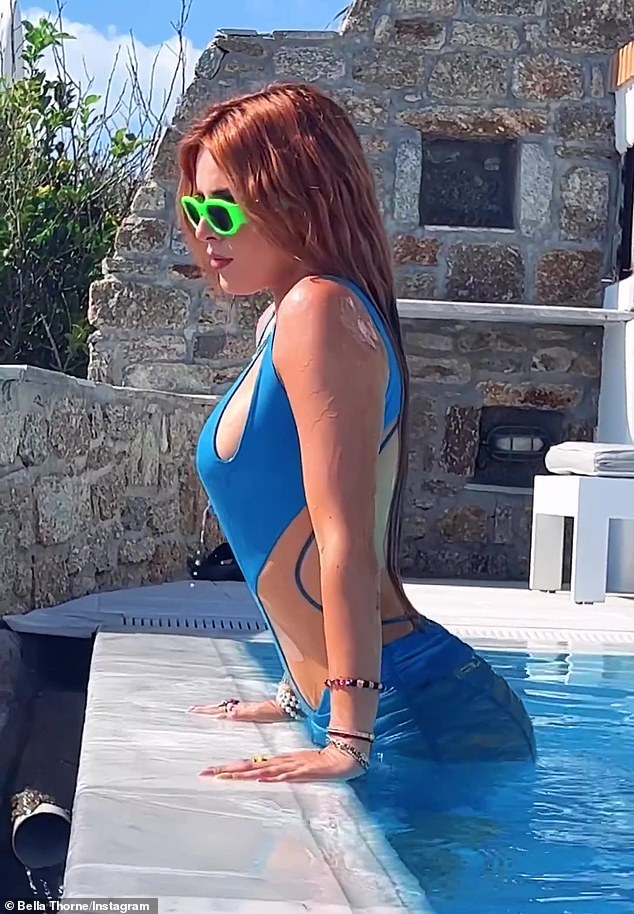 Late summer getaway: The actress uploaded the short clip into her Instagram on Monday as she enjoyed a trip to Greece 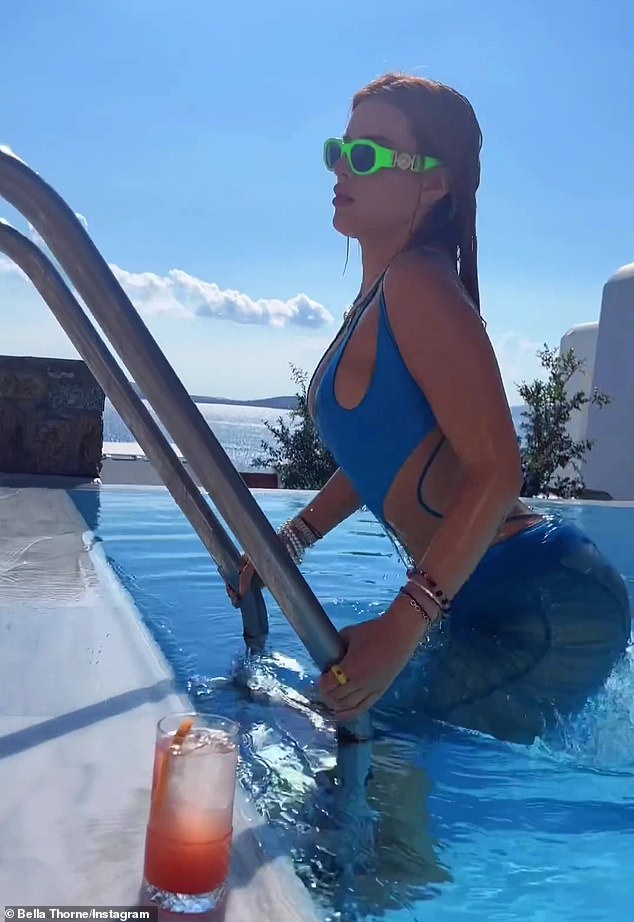 Pool time: The former Disney channel star appeared to be having a blast as she enjoyed soaking up the sun by the shimmering pool

The video then cut to the beauty stepping out of the crystal clear blue water, with a scenic view sprawled out behind her.

A refreshing pink drink was placed by the edge of the pool for Bella to sip on as she lounged by the pool.

Her reddish-colored hair was parted in the middle, with her long locks falling naturally down past her shoulders behind her back.

Along with the pair of sunglasses, The Babysitter actress accessorized her late summer look with an assortment of colorful bracelets and rings.

The star appeared to be having a blast as she relaxed under the sun as the fall season quickly approaches. 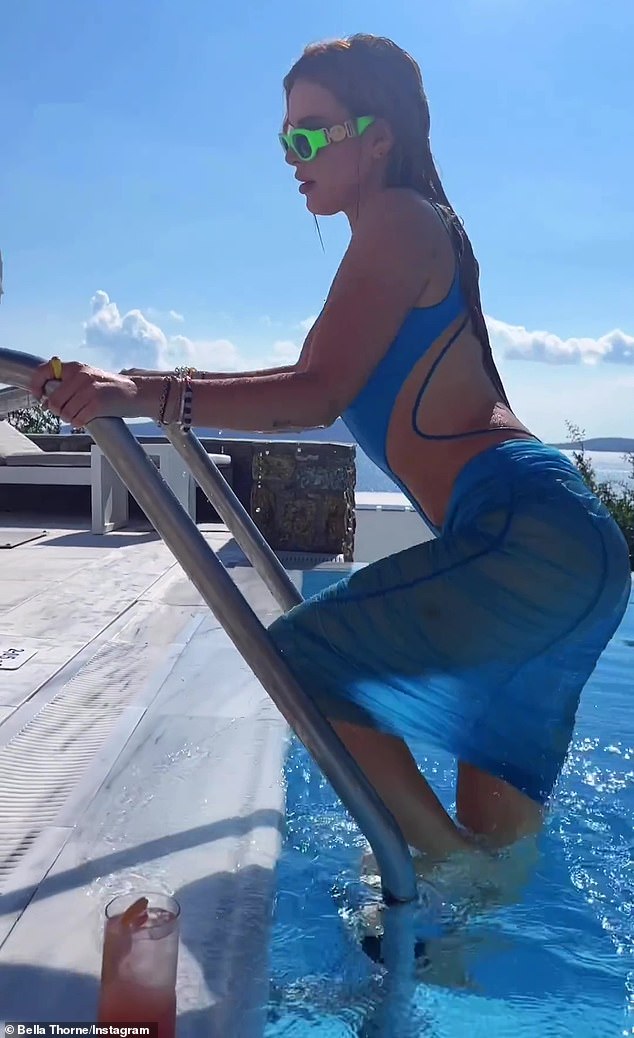 Busy: Bella has been enjoying a late summer vacation in between her busy work schedule 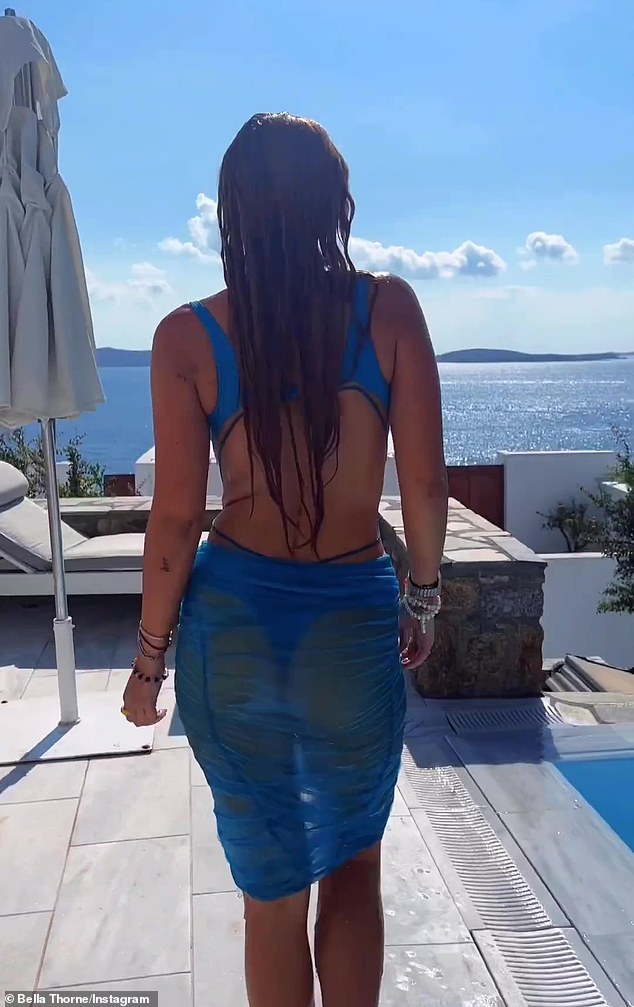 Beautiful: As the actress and writer stepped out of the pool, viewers were able to see the breathtaking scenery sprawled out behind her 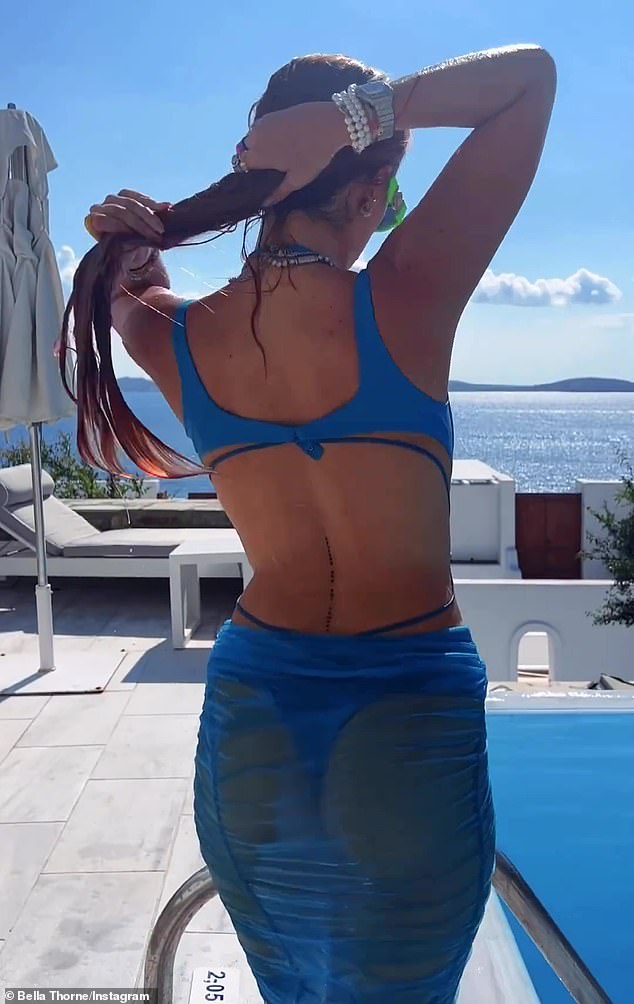 New project: Bella is preparing to release her own new jewelry line which is called Thorne Dynasty

Bella has been accompanied to Greece with her new boyfriend, Mark Emms, for a peaceful getaway.

The two recently began dating following the end of her engagement to Benjamin Mascolo earlier this year.

In regards to their sudden split, an insider close to the two exes explained to People what caused the stars to go their separate ways.

‘Their conflicting schedules led to a lot of time apart that eventually resulted in the breakup, but the two have parted ways amicably.’

‘It’s new, and they’re having fun. They’ve been dating for about a month,’ the insider revealed earlier in September. 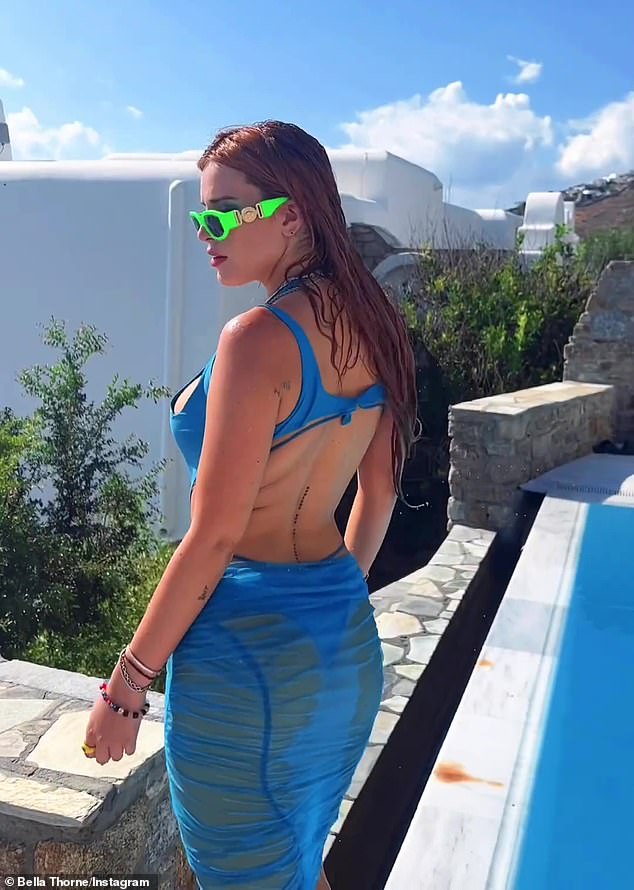 New romance: The Shake It Up alum has begun to date Hollywood producer, Mark Emms 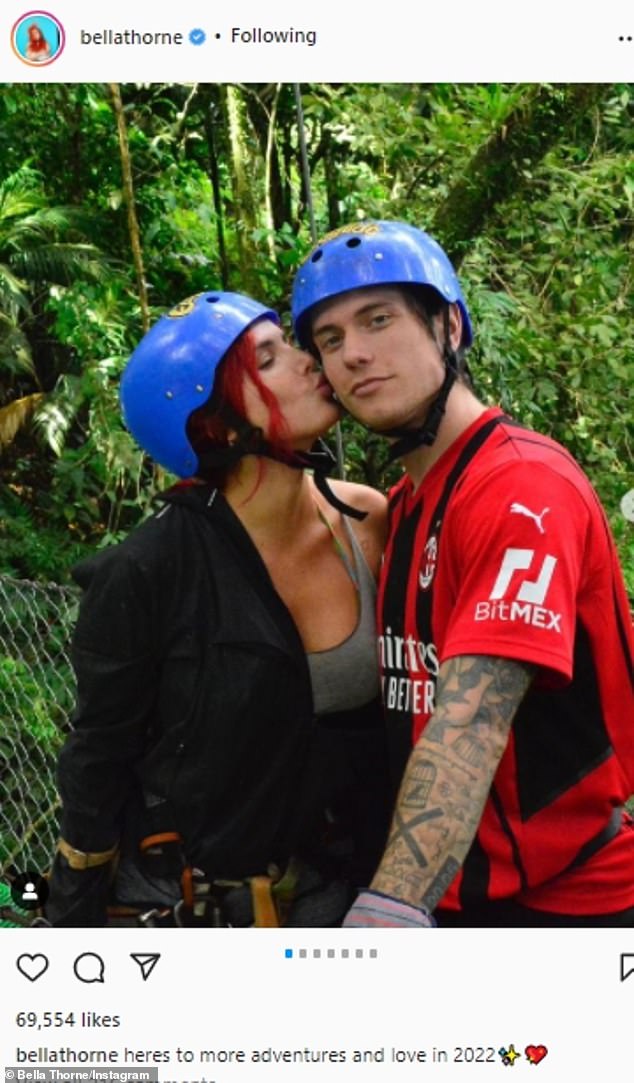 Previous relationship: The actress and musician, Benjamin Mascolo, became engaged in March 2021, however, their engagement ended earlier this year

Following her late summer trip to Greece, Bella will have a busy schedule ahead of her.

The actress has been cast in multiple projects, such as the film titled, The Trainer. The movie is set to not only star Bella, but also Julia Fox and Beverly D’Angelo.

The upcoming film will be directed by Tony Kaye and follows the premise of a fitness guru who attempts to gain, ‘fame and fortune pursuing his version of the American dream,’ according to IMDB.

Along with working in new film projects, Bella will also step into the business world, and is set to launch her own jewelry line called Thorne Dynasty next month on October 7. 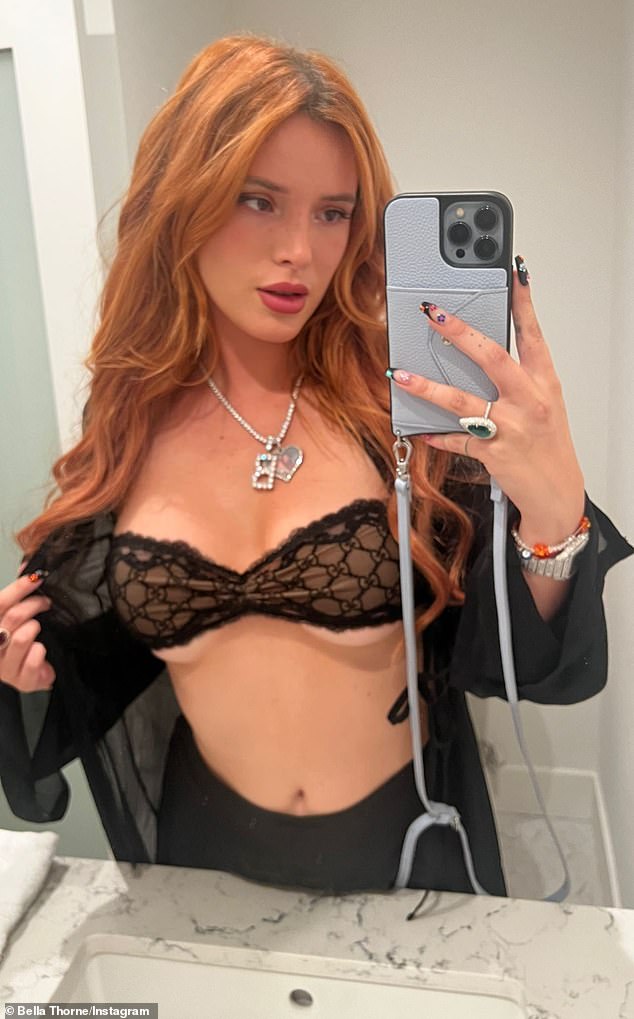 Upcoming projects: Bella has been cast to star in the new film called, The Trainer, directed by Tony Kaye