The biggest names in fashion and beyond put on a sizzling display in an epic high-fashion showcase for Mugler’s Spring/Summer 2022 collection.

Bella was literally twinning with herself as she worked an array of flesh-flashing ensembles while posing beside a limousine. 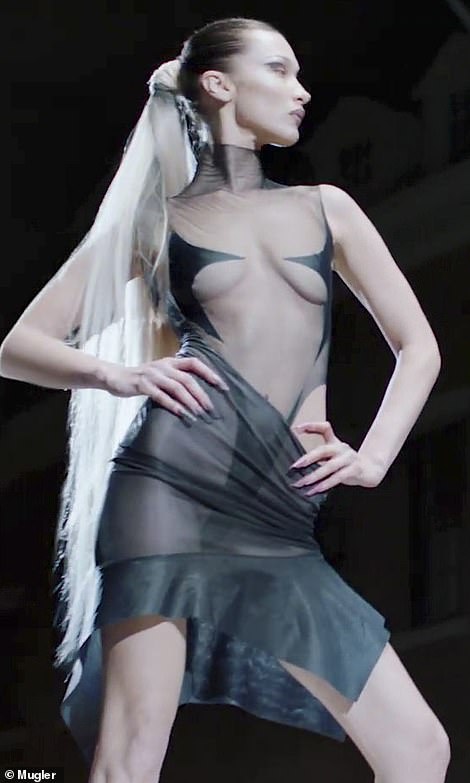 Strike a pose! The biggest names in fashion and beyond put on a sizzling display in an epic high-fashion showcase for Mugler’s Spring/Summer 2022 collection

Bella was literally twinning with herself as she worked an array of flesh-flashing ensembles while posing beside a limousine.

The catwalk queen wore a racy thong ensemble which put her toned abs on display as she posed up a storm by the vintage mobile.

As she sauntered around the car and opened the door, a second version of herself emerged from the vehicle.

Bella 2.0 wore a sexy cleavage-baring ensemble as she strutted on the roof of the car as if it were a runway. 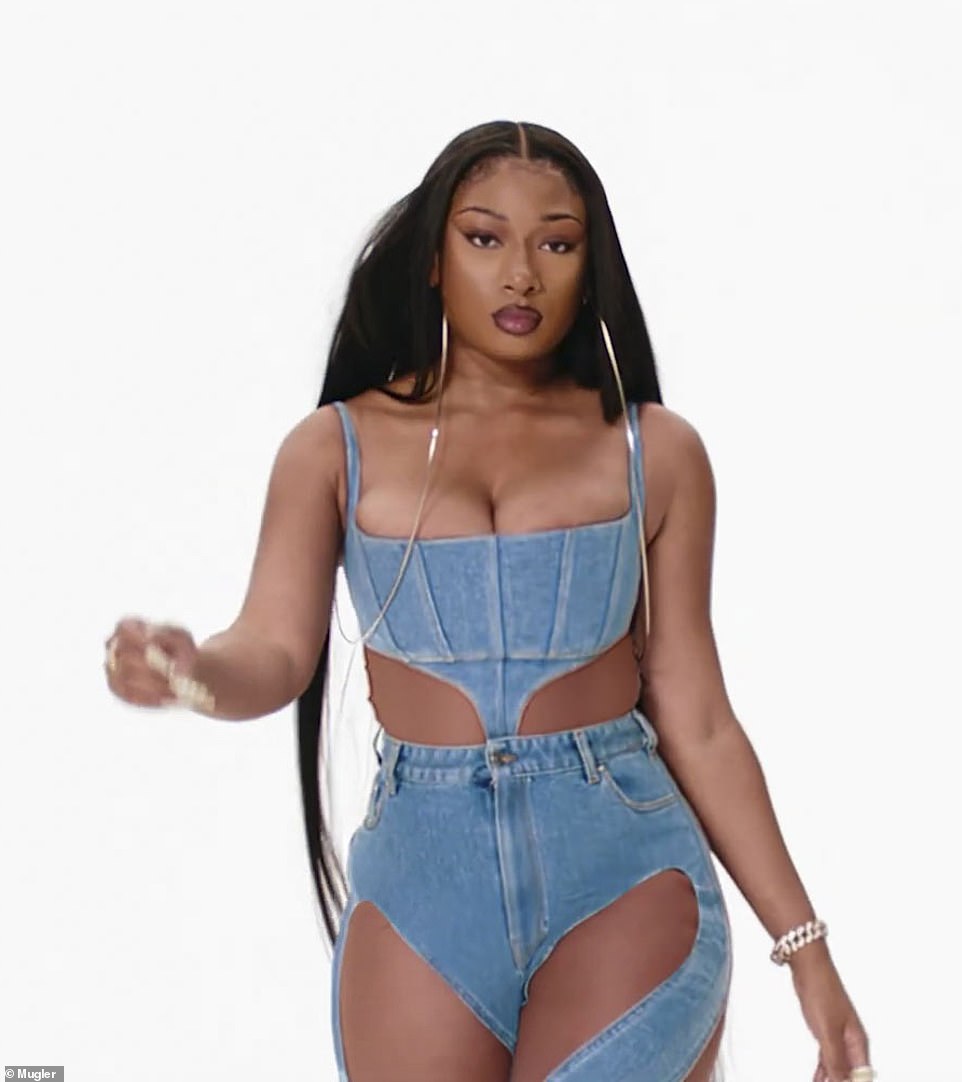 Working it! Megan Thee Stallion helped kick off the video as she strutted her stuff in a cheeky denim look 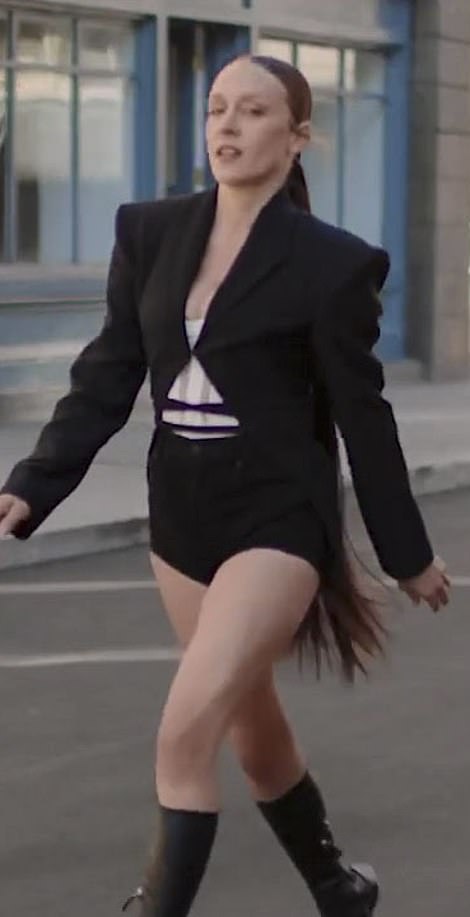 Walk this way! Chloe Sevigny put on a sexy display in a sheer mini dress followed by a blazer and hot pants 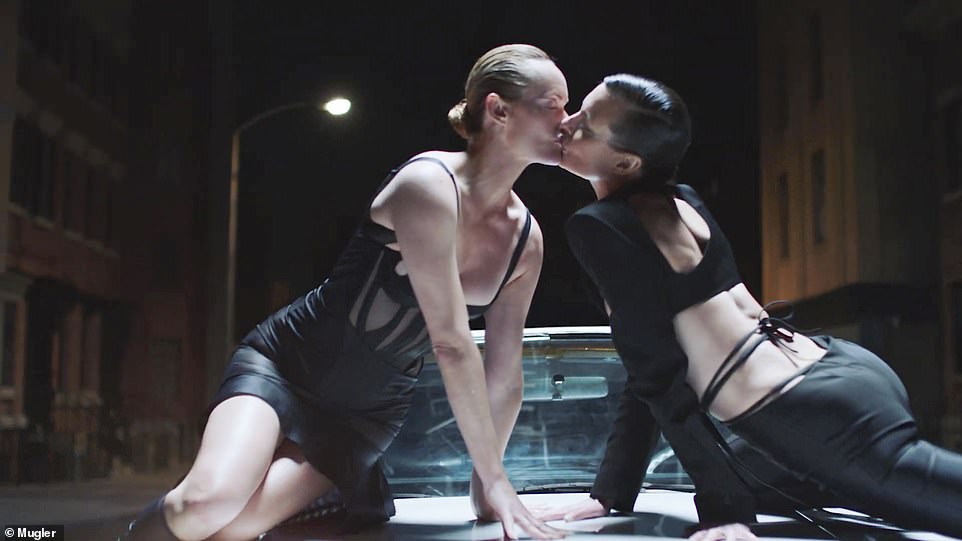 Sealed with a kiss! Amber Valletta and Shalom Harlow shared a kiss atop a vintage limousine 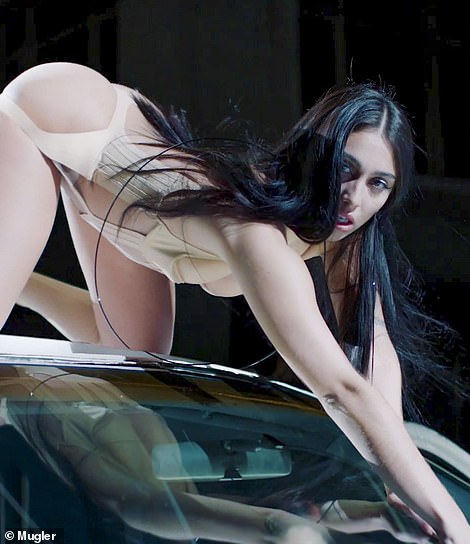 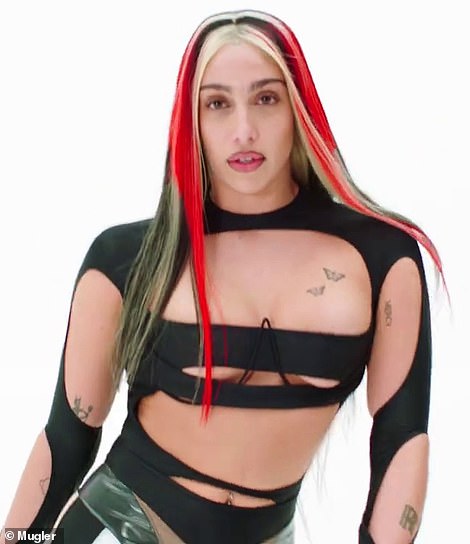 Megan Thee Stallion was one of the first big names to kick off the video as she danced about in denim.

The ensemble put her svelte abs and behind on display as she danced with her team before her image was blasted onto a billboard.

Next, Chloe Sevigny channeled her inner catwalk queen as she strutted through a lot in sheer mini dress which clung to her physique. 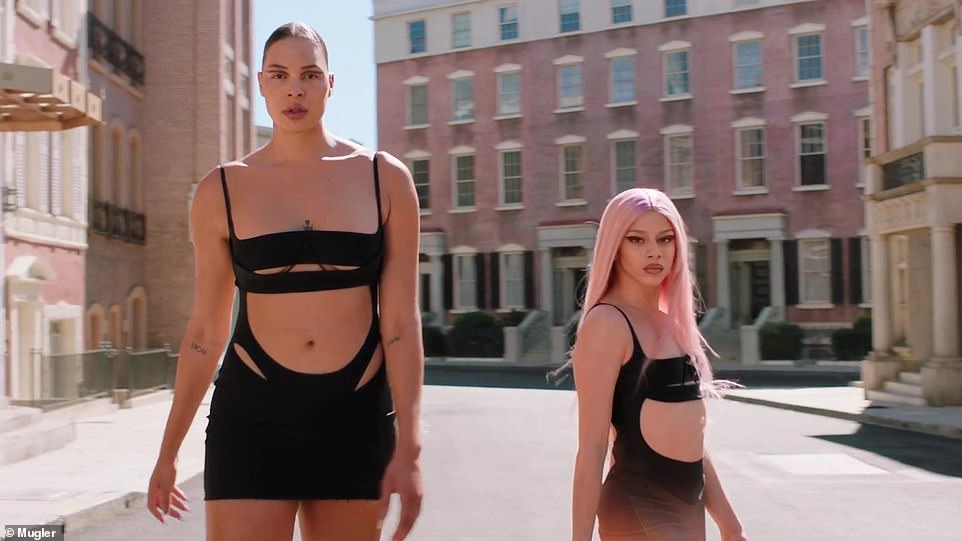 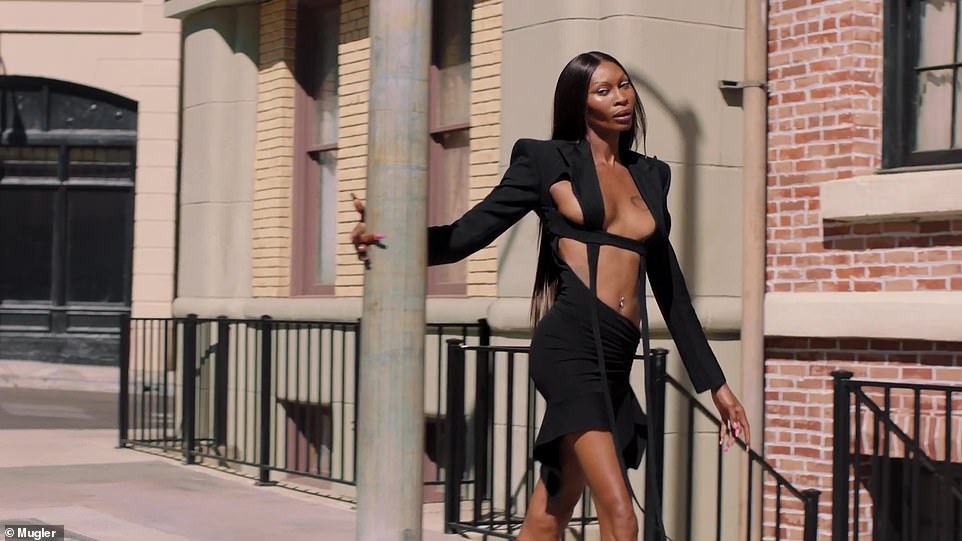 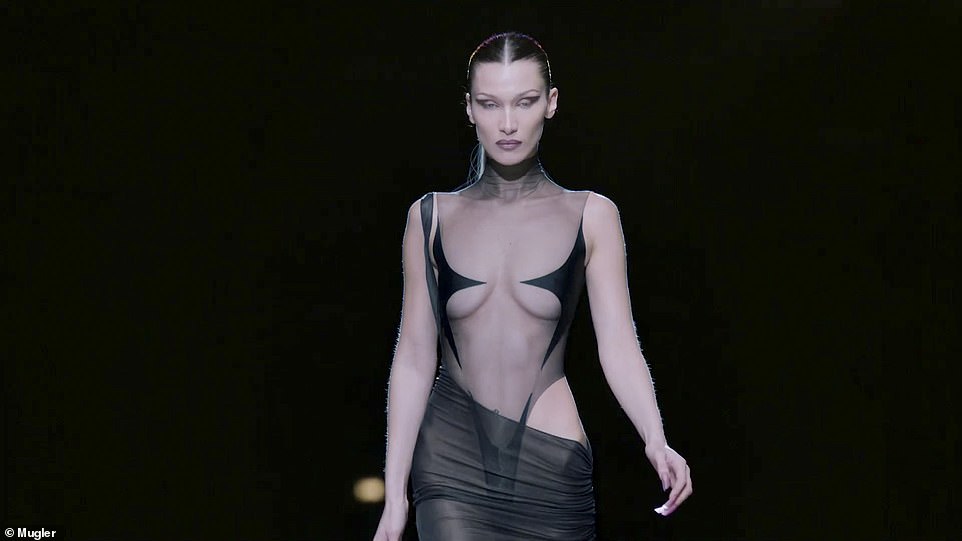 Leaving little to the imagination: Hadid turned heads in her seriously racy ensemble

She served pose after pose for the cameras, managed by a group of striking models.

The camera crew included Amber Valletta and Shalom Harlow, whom were busy capturing the scene in style.

Dominique Jackson then burst onto the scene in a racy yet chic ab-baring black ensemble. 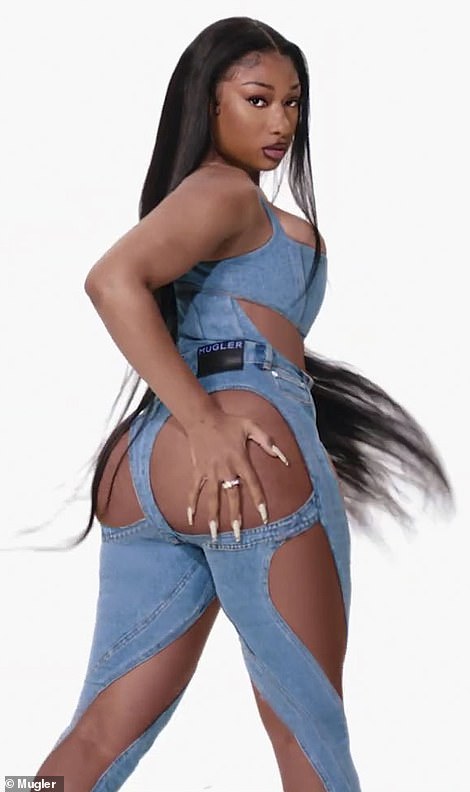 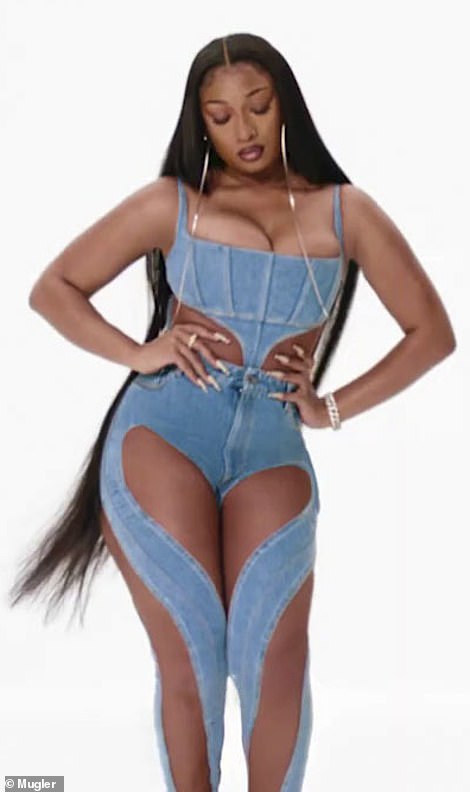 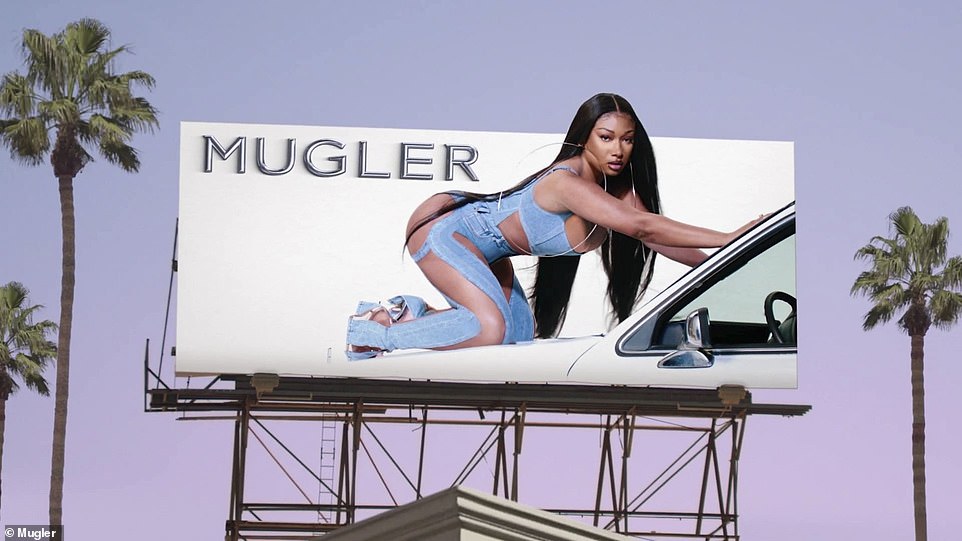 In the spotlight! She posed against a car in a billboard 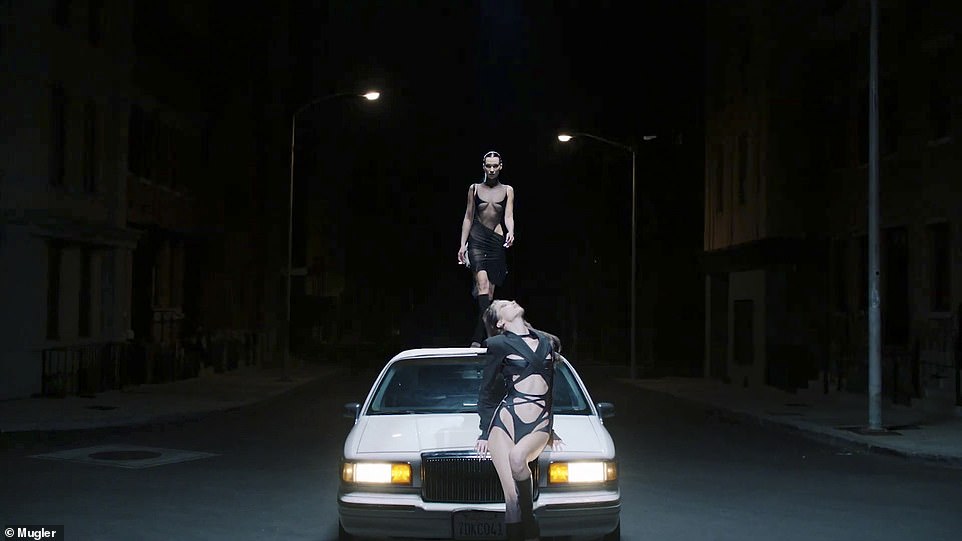 Bella 2.0! Two versions of the model strutted their stuff 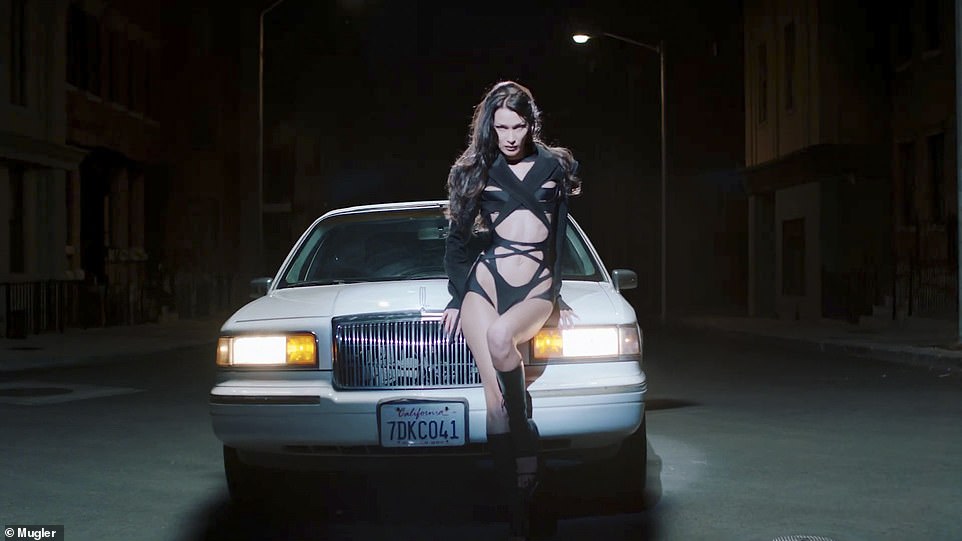 Start your engines! She rocked a cheeky look as she posed against the limo

Then, Barbie Swaee and WNBA player Liz Cambage strutted down the lot in identical sizzling outfits.

The daughter of Madonna put on a head-turning display in a sexy black outfit with colorful trousers and hair.

Amber and Shalom then put on a sizzling display as they shared a kiss atop of vintage limousine. 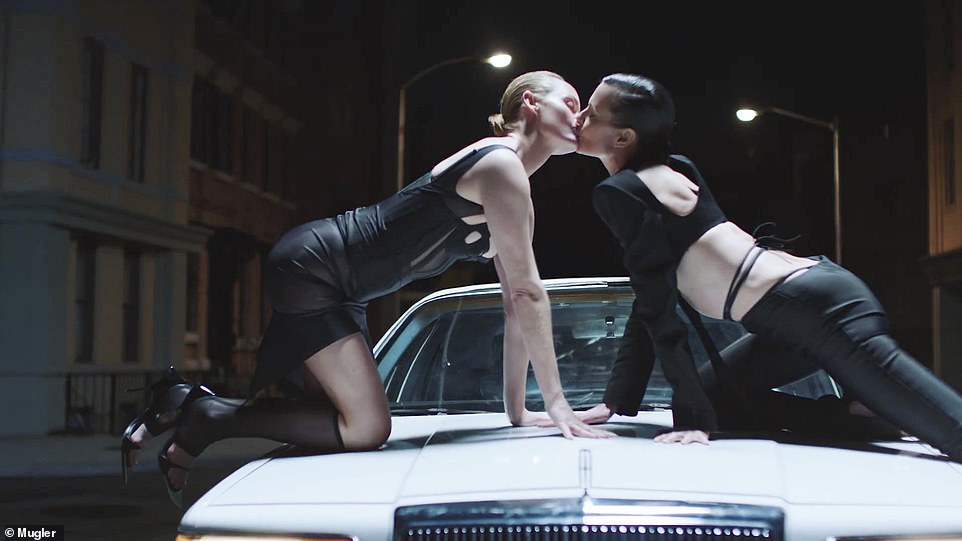 Sealed with a kiss! Amber and Shalom locked lips upon the vehicle 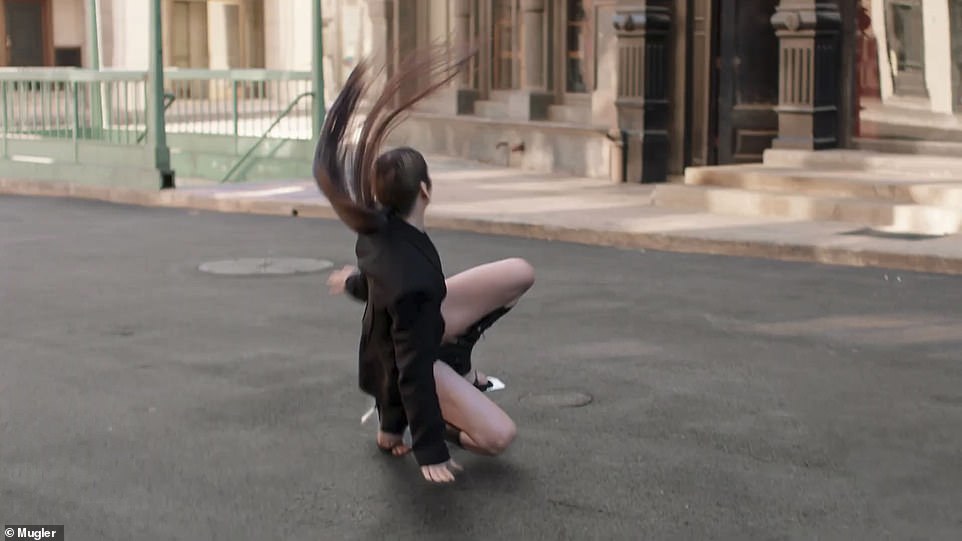 Uh-oh! Chloe was also seen tumbling to the floor before bouncing back

Mugler is the line from the late fashion designer Thierry Mugler who died in January.

In the 80s the brand took off for its very feminized and sexualized designs. It often seemed avant-garde with theatrical fashion shows.

Recently Kim Kardashian has helped bring back Mugler as she has worn the designs to the Met Gala and her own The Kardashians premiere. 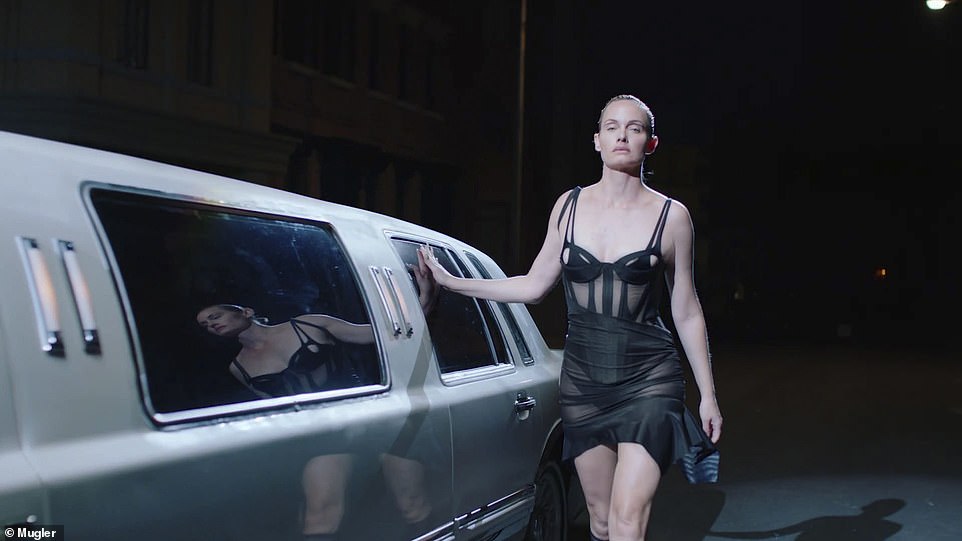 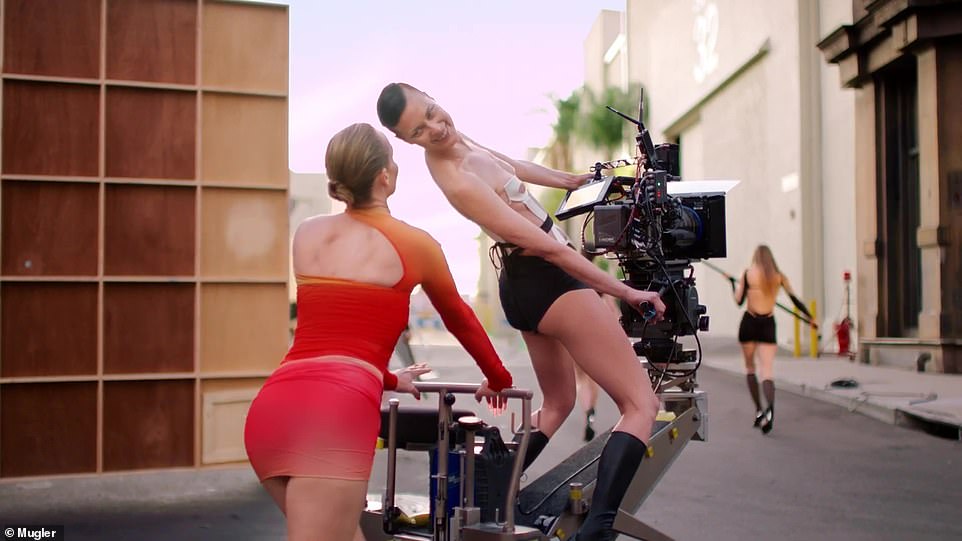 Lights, camera, action! Amber and Shalom managed the camera at the start of the video 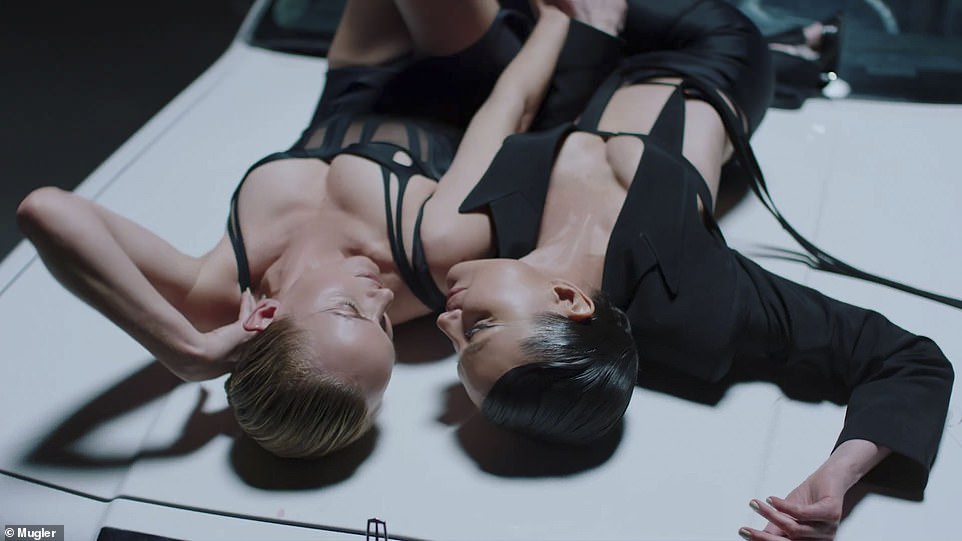 Sharing a moment: The ladies cuddled up on the limo