EXPRESS INFORMER > News & Politics > Being Black on campus: Why students, staff and faculty say universities are failing them

A law student at the University of Windsor says he’s come face-to-face with what it means to be Black on campus in Canada, and the reality of what that means scares him.

“I started seeing in real time what anti-Black racism can do,” Jordan Afolabi told The Fifth Estate. “It can be the difference between me being a lawyer and me being a criminal.”

Students, staff and faculty at some of Canada’s largest universities say they have experienced anti-Black racism on campus, and that they were targeted if they spoke out about their treatment, an investigation by The Fifth Estate has found.

In February 2019, Afolabi was running late for class and ended up in an altercation with a white student on campus. When he opened a door, it struck another student who was trying to enter at the same time.

“The student approached me aggressively asking why I hit him with the door,” Afolabi said, and a fight began. “At that point, I defended myself … I just kept trying to tell him, like, walk away, stop.”

This event set off a chain reaction for Afolabi that spanned more than a year and affected his education, he said.

Both students filed internal reports with the Office of Academic Integrity, but only Afolabi was banned from campus, with the exception of attending classes.

Believing he was unfairly targeted by the university, he launched an internal human rights complaint.

The University of Windsor said it can’t comment because of confidentiality and an ongoing investigation.

In July 2019 — several months after the altercation, and after the ban was lifted — Afolabi went to the university’s administrative building to follow up on his complaint.

He saw the president’s administrative secretary in the hallway and said she seemed agitated upon seeing him.

‘We have a Black male who won’t give his name’

“I tried to speak but she just wasn’t giving me a moment to speak,” he said. “I said, ‘Look, I’m going to need you to calm down’ … she kept cutting me off. She felt rather upset that I would tell her to calm down and she turned and walked away.”

She told Afolabi to wait in the front lobby of the administrative building. Within minutes, she had called campus police from the president’s office.

“We have a Black male who won’t give his name or state his business and he’s kind of loitering,” she said on the call.

LISTEN: Emergency call made by University of Windsor administrator: 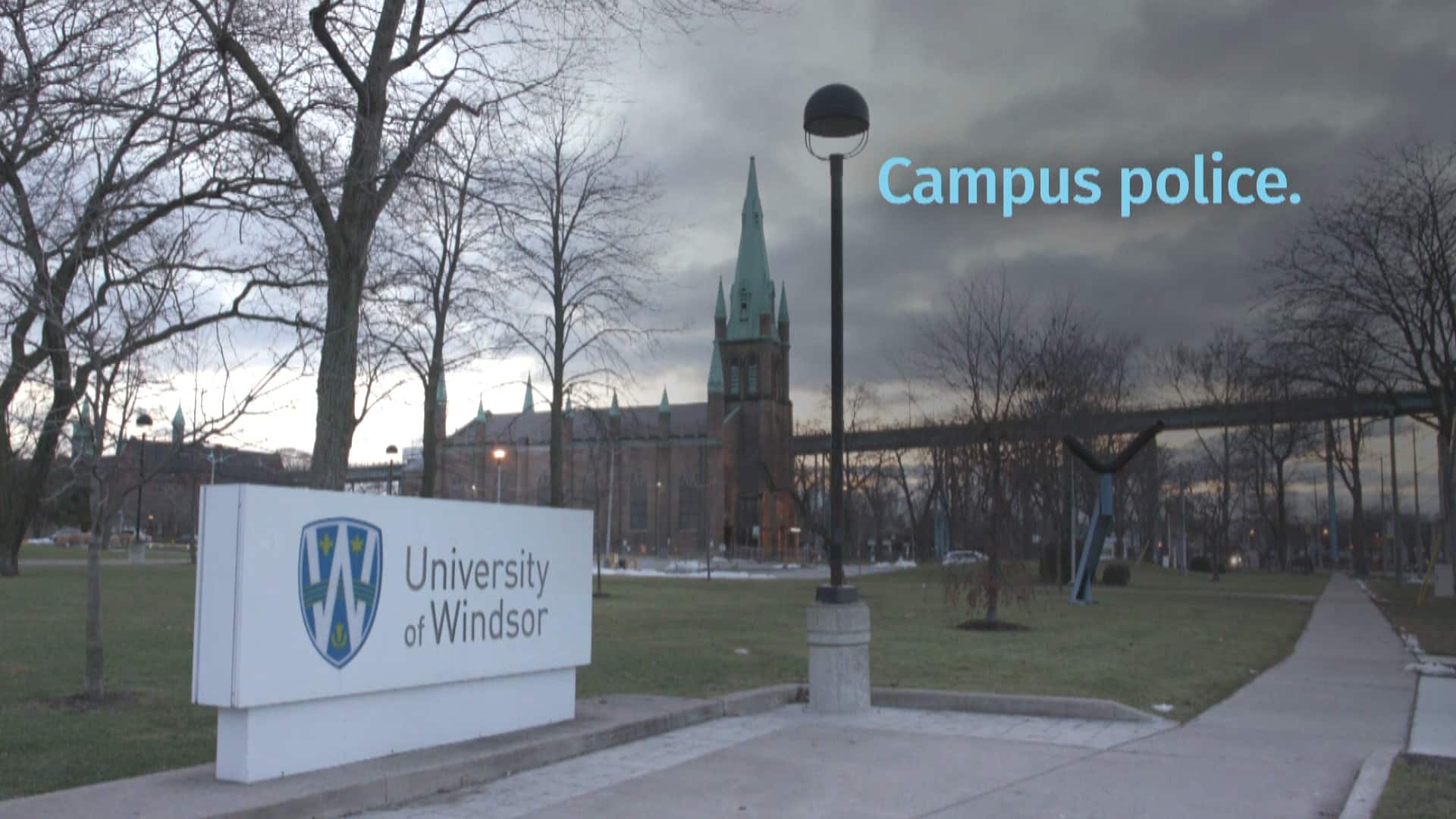 In July 2019, Jordan Afolabi attended the University of Windsor’s president’s office to inquire about the status of a complaint he’d filed. Shortly after he arrived, an administrative member called campus police. 0:35

She mentioned that Afolabi had visited the office three times, but didn’t say that it was his third time in 42 days.

Campus police, with backup from Windsor police, showed up and escorted Afolabi outside.

He recorded the exchange with the administrator on his phone.

“I played the recording for them and they were extremely confused when they heard it,” Afolabi said.

He told The Fifth Estate that after hearing that recording, they said they didn’t understand why they were called to the scene.

Afolabi was not arrested — he said in large part because of the recording — but was given a trespassing violation by the university.

He said he tried to plead his case to several administrators and was effectively dismissed throughout his ordeal.

“I was pretty certain that anti-Black racism was a factor.”

After an independent investigation, an adjudicator concluded that Afolabi’s treatment by the university, “may be the product of subconscious racial profiling and stereotyping.”

Afolabi said he received a private apology from the university.

He has now filed a human rights complaint with the Ontario Human Rights Tribunal. He said he wants to seek accountability and effect change so that other students of colour don’t experience similar treatment.

Afolabi’s case is just one of several allegations of anti-Black racism reported at the University of Windsor. A website called #ExposeUWindsor was launched in 2019 to highlight racist incidents students say they’ve experienced on campus and online.

A video from a now-disbanded fraternity circulated showing a mock hanging. It involved two members of the organization who are people of colour. In the video, young men are seen laughing and making fun of the situation while putting one member’s head into a noose.

A photo also circulated that showed a member of the same fraternity holding what appears to be a semi-automatic rifle. The caption said he is going to hunt some N-words.

After the fraternity was shut down by the university, there was a litany of posts using the N-word and other racial slurs and threatening retribution.

“Just wait,” one such message said, vowing to ensure the campus is “not a safe place” for Black and Jewish students.

Black student leaders say that incidents like these are happening right across Canada.

“Until people saw those messages, nobody believed it,” said Kien Azinwi, chairperson for the Canadian Federation of Students.

Azinwi said many in the Black student community feel that Canada’s post-secondary institutions aren’t doing enough to stop racism in its tracks.

“The blatant fact, the truth, is that racialized, Indigenous, Black students on these campuses that we pay to attend are not safe,” Azinwi told The Fifth Estate.

“People need to see it to believe that Black trauma is a thing, that anti-Black racism is a thing. And that’s the only way we can prove the really messed up things that are happening to us as a community.”

Last September, she led a countrywide strike demanding change at all levels within post-secondary institutions.

“We need to go to the very foundation and start from there,” Azinwi said. “You can’t keep on repainting the walls and sealing it if the foundation is rotten. You need to rebuild, change the structure, change the policies [and] introduce new policies.”

Not just a student problem

Experts and activists say cases of anti-Black racism are plaguing the hallways of higher learning and that students are not the only ones dealing with it. They say systemic racism is prevalent and universities and colleges alike are failing Black Canadians.

The global reckoning on race in 2020 has emboldened those who feel most vulnerable to share their experiences.

Staff and faculty at several of Canada’s largest universities have also flagged the problem. 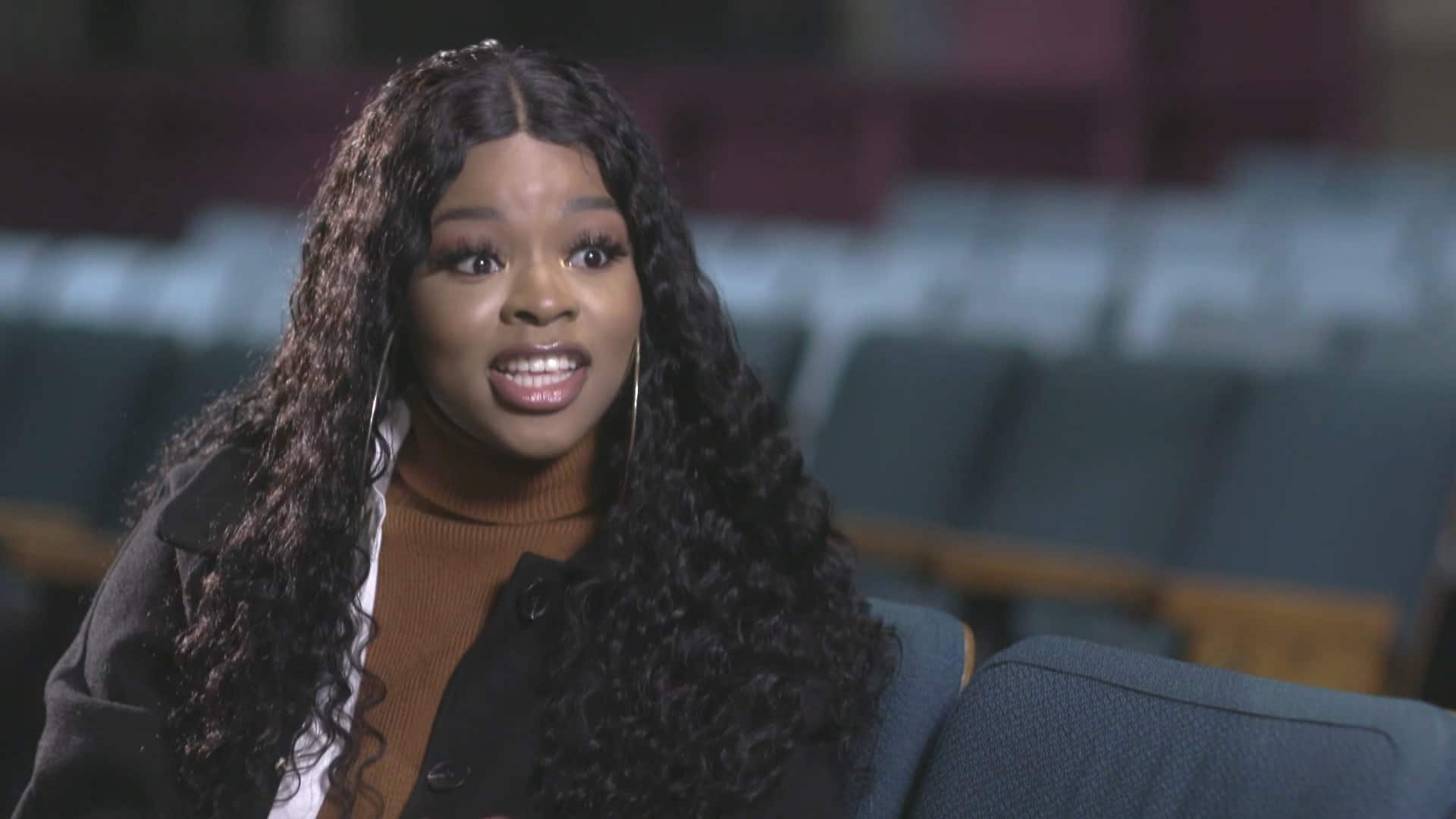 Kien Azinwi, a student activist and chairperson of the Canadian Federation of Students, said that the racial reckoning of 2020 emboldened people to come forward with stories of racism they say they’ve experienced. 0:21

Both said they had been vocal about what they saw as systemic racism on campus but they felt like they were targeted after speaking out. And they said allegations against them started to pile on.

They said they tried to seek remedies within their university organizations but their issues could not be resolved.

Ryerson said that because of confidentiality, it was “unable to provide further information or clarification” regarding the particulars of Sutherland’s case.

It added the university “continues to strengthen … efforts to address racism and discrimination of all forms.”

Regarding Avolonto’s case, York University said that because of “an ongoing investigation into complaints that engage both litigation and employment matters, we are not able to discuss the details.”

Sandy Hudson dealt with a number of grievances from employees of colour as a former CUPE staff member at York. She said she noticed a pattern when dealing with her cases.

On Wednesday morning, York University released what it calls its new anti-Black racism framework and action plan designed to help combat racism on and off campus.

“We acknowledge the university’s role in dismantling the deeply ingrained structures of power and privilege that allow anti-Black racism to thrive, and we recognize that meaningful transformation requires collective action centred around the input and lived experiences of Black students, staff, faculty, instructors, alumni and other stakeholders with whom we work,” the university said.

What are the solutions?

Malinda Smith, the first vice-provost of equity, diversity and inclusion at the University of Calgary, is co-author of the book, The Equity Myth, Racialization and Indigeneity at Canadian Universities.

Smith said universities have made progress with other issues such as gender equity but there’s still a large knowledge gap when it comes to addressing racial discrimination.

“There’s a gap between … the principle and the practice, the rhetoric and the action … the students, the staff and faculty [are] saying enough is enough. We want action, we want change.”

“If there is denial about racism each and every time and if there are no policies and practices to say here’s what racism is … [and] here are the consequences, most universities don’t have that kind of a mechanism,” she said.

“We have it for other forms of discrimination, but not racism.”
Smith said from what she’s seen, some provinces are actually undermining anti-racism efforts and they’re defunding anti-racism portfolios, if they have them at all.

“We need to see federal, provincial, municipal governments, all of them, along with institutions … modelling the change that they want to see in the world,” Smith said.

‘Supposed to be the leaders’

Troubled by reports of racism on campuses, Ontario Human Rights commissioner Ena Chadha sent a letter to administrators at the province’s post-secondary institutions at the end of last year.

Chadha demanded post-secondary institutions do more to address anti-Black racism on their campuses.

“Universities and colleges are supposed to be the leaders,” Chadha told The Fifth Estate.

“They’re, in fact, supposed to be the ones that have some of the answers on how to dismantle systemic discrimination. And so when parents drop off their children to campuses, they think their children are going to have the world open up to them — a world of education, a world of inclusivity, a world of innovation.”

Instead, Chadha said, Black students and faculty have found themselves in “environments that were not inclusive … toxic and unsafe.”

Chadha said the commission will be asking each institution to prove there is “adequate systemic work happening with respect to anti-Black racism, Indigenous racism and systemic discrimination across the board.”