The deadly coronavirus is getting stronger and the number of infections will continue to climb, according to Chinese officials who insist the government has not buried the scale of the crisis.

Beijing’s health minister assured facemask-wearing reporters that authorities have cranked up efforts to stop the spread of disease after conceding their knowledge of how it mutates is limited.

More than 2,000 people have now been infected worldwide and 56 have been killed in China, sparking President Xi Jinping to yesterday issue an unprecedented warning of a ‘grave situation’.

This morning’s press conference came after a nurse battling the outbreak claimed the government is playing down the volume of the infections and said the true figure is 90,000.

But regime authorities batted back accusations of a cover-up and insisted it had ‘followed the principles of openness and transparency’ since the coronavirus broke out in Wuhan, Hubei province, last week.

And in a move to further project transparency, they announced daily press briefings on the threat posed by the virus starting tomorrow.

Ma said he has ‘maintained close communication with the World Health Organisation’ and invited inspectors to examine the country’s response.

He also revealed Beijing is sharing information with other nations after the United States, Thailand, South Korea, Japan, Australia, France and Canada all confirmed cases.

Medical staff wearing clothing to protect against the coronavirus walk outside a hospital in Wuhan, which was where the infection broke out 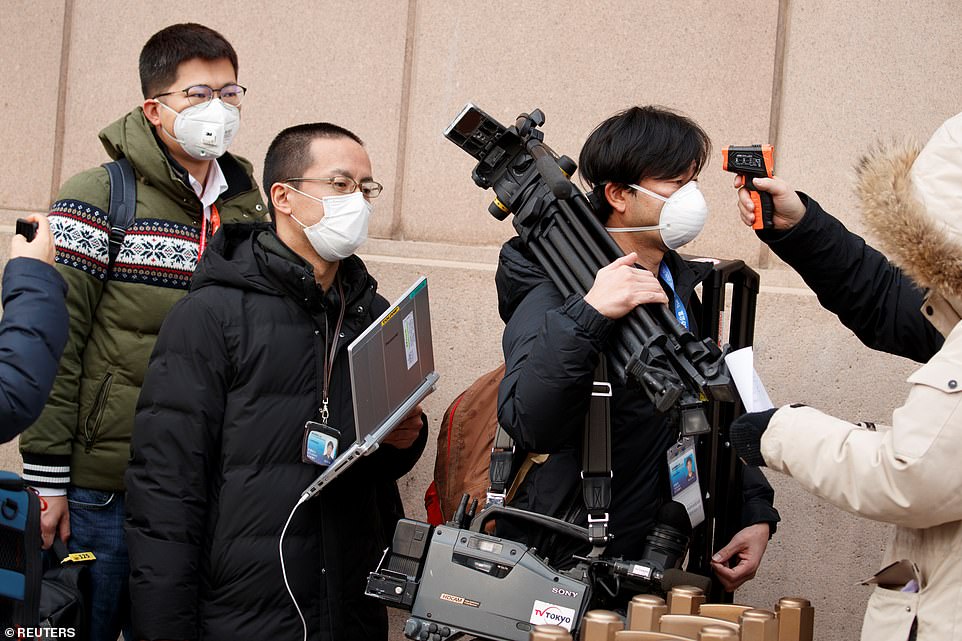 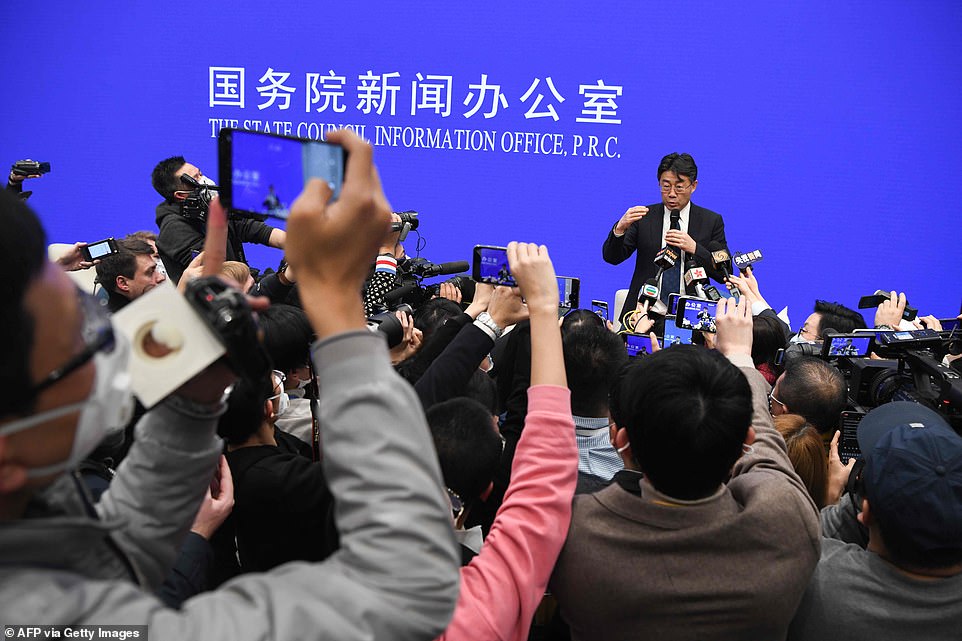 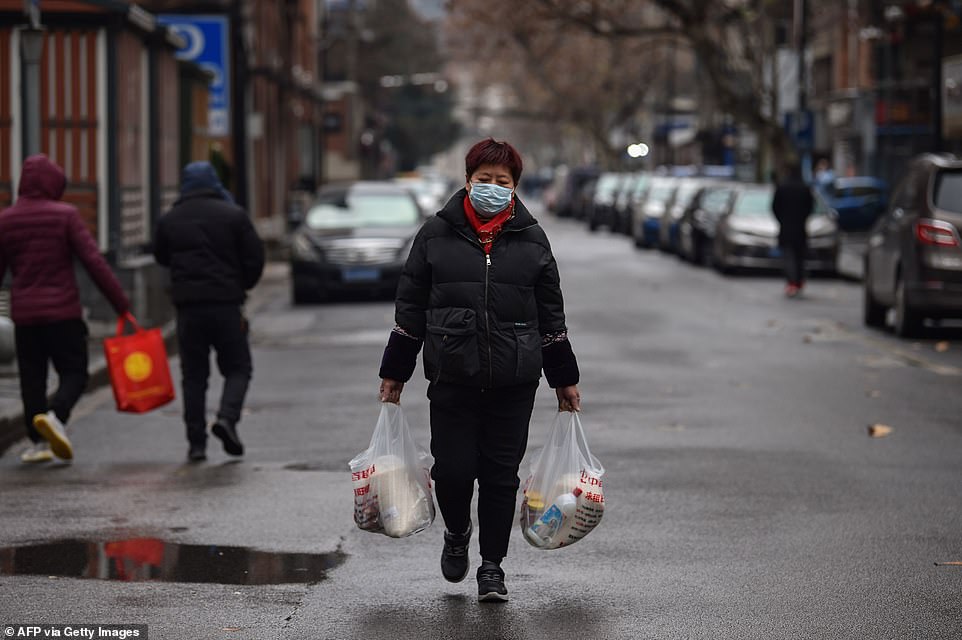 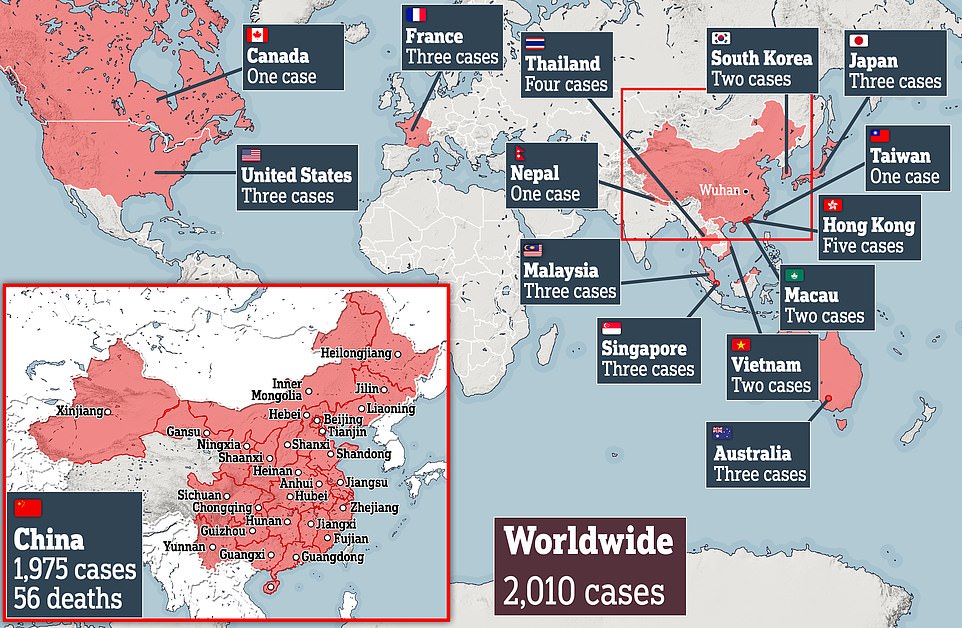 This map shows all the areas where coronavirus has been identified so far, including Canada

As governments in China, Britain and around the world double down efforts fend off the virus:

Ma’s  insistence of transparency came after the unnamed woman’s warning from the heart of the outbreak.

Speaking in video footage seen online, the unnamed woman says: ‘I’m in the area where the coronavirus started. I’m here to tell the truth. At this moment, Hubei province, including Wuhan area, even China, 90,000 people have been infected by coronavirus.’

Despite China being initially praised for its transparency in managing the situation, critics have now claimed that officials are scrubbing the internet of videos that reveal the true situation.

However, the nurse’s report has been viewed almost two million times on YouTube. In the footage, she warns people not to go outside and to refrain from celebrating the Chinese New Year.

She said: ‘I would like to say that everyone who is currently watching this video should not go outside. Don’t party. Do not eat out. Once a year, we celebrate Chinese New Year. If you are safe now, you will be able to meet your family again healthy next year.’ 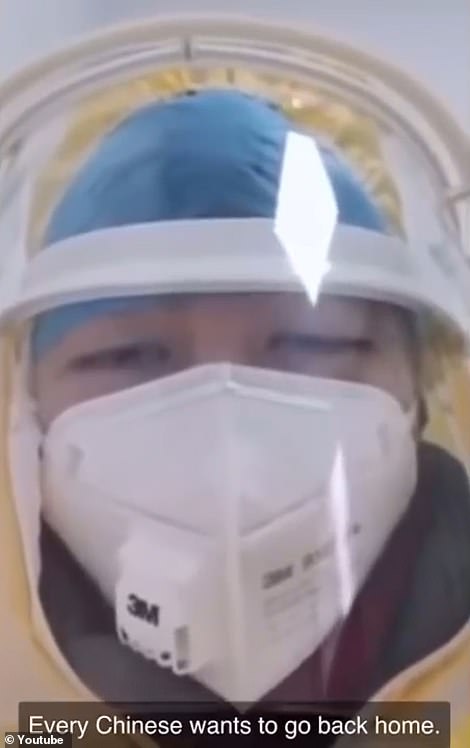 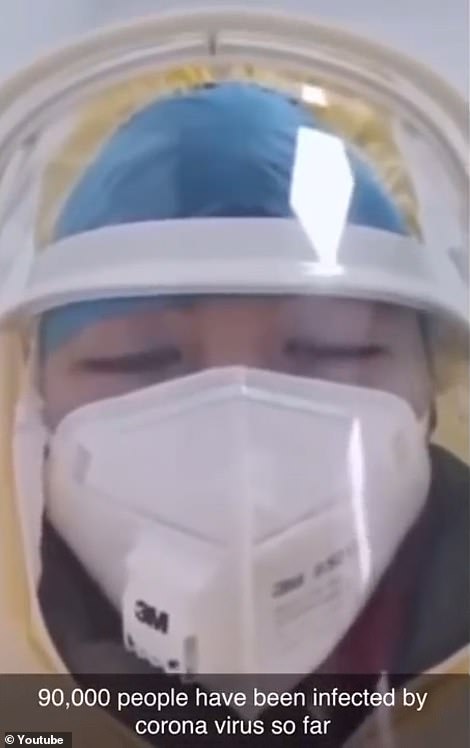 The unnamed woman issued the warning in a social media video, saying she is working in Hubei province which includes the Wuhan area 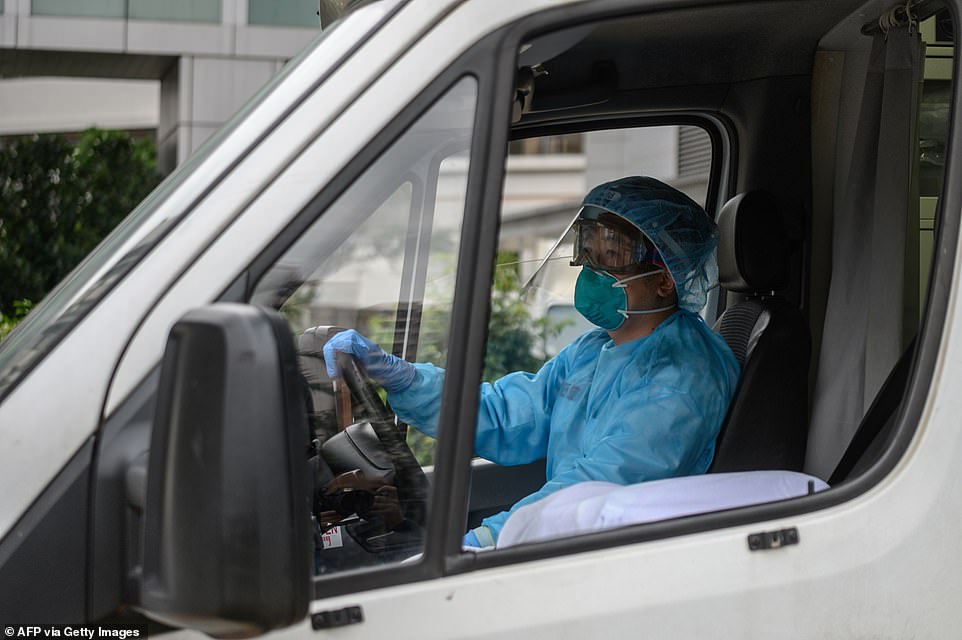 An ambulance driver, wearing protective clothing to help stop the spread of a deadly SARS-like virus which originated in the central Chinese city of Wuhan 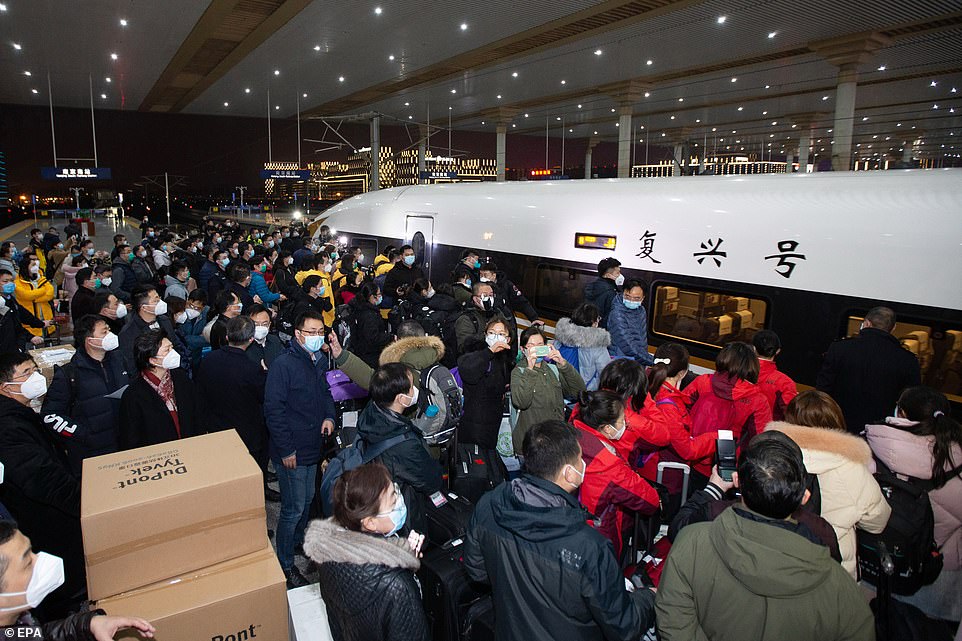 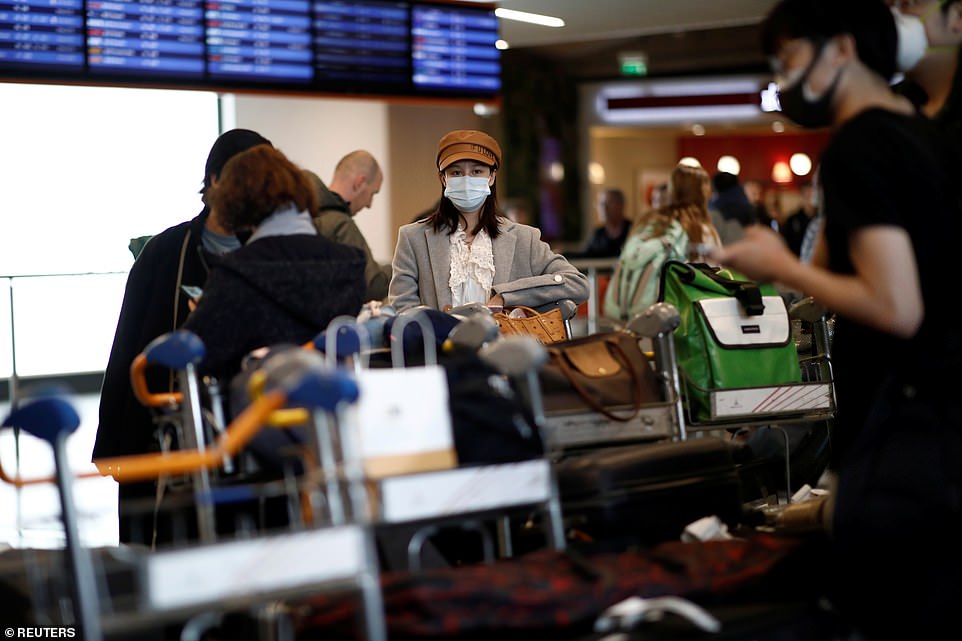 Tourists from an Air China flight from Beijing wear protective masks as they arrive at Charles de Gaulle airport in Paris, France, which has confirmed three cases

Making a desperate plea for supplies, she said: ‘We don’t care what the government says. I will tell you through social media. Everyone, please donate masks, glasses and clothes to Wuhan.

Today, the health ministry admitted it needed 100,000 protective suits, but currently only had 13,000 in Wuhan.

It said stock was being reallocated to the crisis-hit region from the country’s central reserve, as well as buying suits from other countries.

Horrifying clips have been posted online by shocked citizens only to be deleted shortly after. In one, the sick are seen sitting between drips and oxygen tanks next to three dead bodies covered in white sheets. The footage was deleted from social media channel Weibo.

Last week, in rare public dissent, a senior journalist at a Hubei provincial newspaper run by the ruling Communist Party called for an ‘immediate’ change of leadership in Wuhan on Weibo. The post was later removed.

The People’s Daily, a state-owned newspaper, posted a video of an apparently cured patient flashing the peace sign alongside four medics.

But the Global Times revealed that vital resources, including masks and goggles, were urgently needed.

Critics have also claimed that many health experts who would have been able to warn the government at an early stage of the dangers of coronavirus have been detained or had their research stopped because they were not working within the Chinese state.

The accusations of a cover-up echo the furore surrounding the SARS (severe acute respiratory syndrome) epidemic in 2002 when the government concealed the existence of the illness not just from the outside world but from its own people.