EXPRESS INFORMER > News & Politics > Been a victim of fraud? Here’s our guide to getting your money back

We routinely hear from desperate fraud victims who have been denied a refund by their bank.

Here, we explain all the tips and tricks we have learned that will help you fight your corner if this happens to you.

If you’ve been a victim of fraud, often, the first you will know about the crime is when you discover you do not have as much money in your account as you should

What type of fraud have you suffered?

Your consumer rights depend on the type of fraud.

If you are the victim of what is known as ‘unauthorised fraud’, your chances of getting your money back will be much greater.

This is where someone has stolen your money without you realising — by using your bank details to go on a spending spree, for example.

Often, the first you will know about the crime is when you discover you do not have as much money in your account as you should.

Or your bank may have blocked your debit card after becoming suspicious about activity on your account.

As soon as you notice something is amiss, call your bank’s fraud helpline.

City watchdog the Financial Conduct Authority says your bank should usually repay you in full by the end of the next business day.

But under the Payment Service Regulations, your bank can refuse to give you back the money if it believes you have acted fraudulently or have been ‘grossly negligent’.

This might mean it thinks you have been careless with your account passwords or shared your Pin with someone else.

If the bank disputes your claim, it must have solid evidence that you have done something wrong.

Last year, 98 per cent of unauthorised fraud on payment cards was refunded by banks, according to the trade body UK Finance.

There is a 13-month time limit for reporting unauthorised payments.

Things get trickier if you are the victim of so-called ‘authorised fraud’.

This is where you are conned into transferring your money to the criminals yourself. And as we reveal today there is no limit to the deceitful and convincing tactics crooks will use to trick victims into making such payments.

Until recently, if you lost money to one of these types of scams, your bank was not obliged to refund you.

But after our campaign for fairer treatment of victims, a new code of conduct was launched on May 28, 2019.

Under the new rules, customers should be reimbursed provided they have taken reasonable care to protect themselves.

However, the new code is voluntary. And while most major banks have signed up to it, many smaller firms have not. 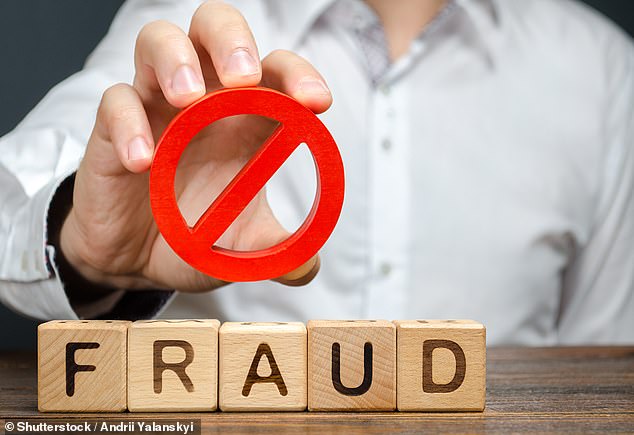 Last year, 98 per cent of unauthorised fraud on payment cards was refunded by banks, according to the trade body UK Finance

So far, this includes Barclays, the Co-operative, HSBC, Lloyds, Metro, Nationwide, RBS/NatWest, Santander and Starling Banks. TSB has its own fraud guarantee, which promises to refund all innocent victims.

But even those banks which have signed up to the code are still trying to wriggle out of repaying some defrauded customers. The Lending Standards Board, which governs the new standards, is so concerned that it launched a formal review in July.

Often banks will say the customer did not take enough care or carry out sufficient checks before making a payment.

But the new code states only that customers need to have a ‘reasonable basis’ for believing the payee is whom they expect.

So explain clearly why you believed the person you paid was legitimate. Did they know lots of personal information about you? Did they use a fake email address almost identical to a real one?

The more detail you can provide to prove the scam was particularly sophisticated, the better chance you will have of getting your money back.

The new code also states that banks must provide customers with ‘effective warnings’ when they are making an unusual payment — such as when you’re paying someone new. If your bank failed to do this, make sure you include this information within your complaint.

You should also tell your bank if you are vulnerable, because under the new rules they are obliged to take extra measures to ensure you are protected.

This could be because you are older, unwell, recently bereaved or perhaps you just have an unusually large amount of money in your account — following a house sale, for example.

It is vital you report any scam as soon as you realise it has happened to give your bank the best chance of recovering some of the stolen funds.

You should also alert the bank that received the money, because it may be able to stop the cash leaving the account.

If you don’t know where the money has gone, you can find out by entering the sort code on the Faster Payments’ website (fasterpayments.org.uk/ sort-code-checker).

If you do not think your bank acted quickly enough, say so. Under UK Finance’s Best Practice Standards, banks must contact the receiving bank as ‘soon as they have all the information necessary to do so’.

You should receive a letter within three days to confirm the details of your report, and the bank then has 15 days to decide whether or not to refund you.

If the bank refuses to co-operate, you can complain to the Financial Ombudsman Service.

This is a free alternative to the courts, where an adjudicator will assess your case. It can order a bank to refund you if it finds in your favour.

You should also report the scam to Action Fraud, part of the City of London police. Your case will be analysed for any leads identified that could help with an investigation. This will not help you get your money back, but it could help stop others being scammed by the same fraudsters.

If you are unsure about making a transfer, a top Money Mail tip is to send a random amount to the account in question — say 37p — and then call the recipient to check whether they have received it before transferring the rest.